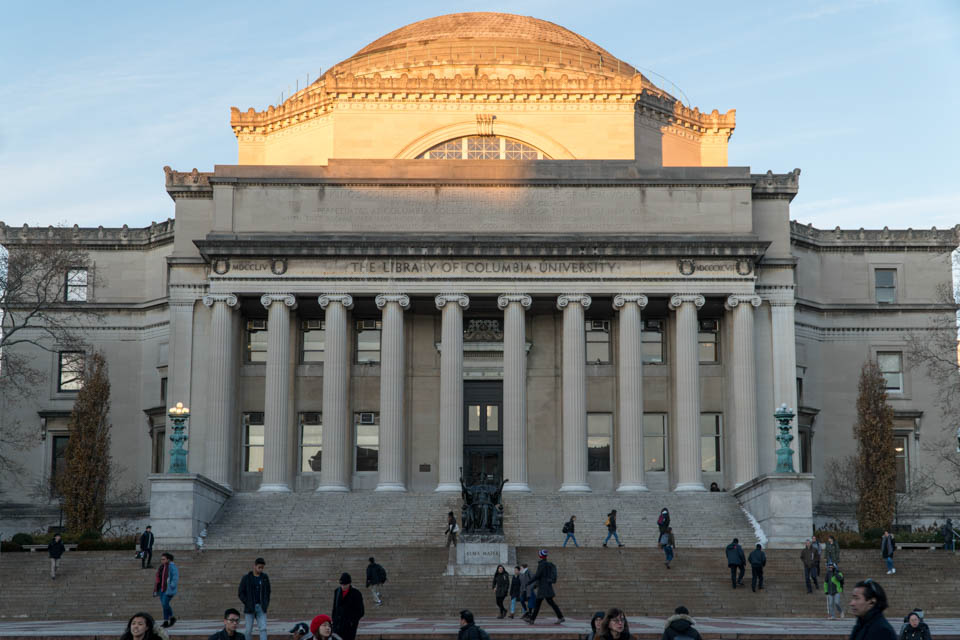 I, a Chinese student, attended the forum on the coronavirus that Columbia held.

Columbia, or at least the host and panelists on the forum, were supportive. They spoke about biases some hold towards Asian student groups; clarified how wearing a mask to avoid infection is a cultural difference between some East Asian people and those from the United States; and in the end, gave professional information about the coronavirus.

Let’s revisit the coronavirus forum, take a seat, and look around. What do you see? Unsurprisingly, it seemed to me that most of the students at the forum were East Asian. If you are a faithful reader of Spectator, you may have read the very well-written op-ed “We were already sick,” and you may have noticed that almost every social media repost of it was by an East Asian student.

Articles such as this, relating to anti-East Asian sentiment, have been published in Spectator and will most likely continue to be reposted primarily by East Asian students. After the campus-wide email was sent condemning instances of racism at Columbia and reinforcing the school’s core values, it looks like everyone who is not an East Asian student has either forgotten the conversation or had never engaged in it at all. It seems that everyone remains happy and goes about their own lives as if nothing has happened.

But, something feels wrong about this “peaceful ending.”

Walking out of the forum, I was enraged by the lack of diversity in the students who seemed to care about the anti-East Asian rhetoric at Columbia and my inability to change this situation. Then, I recalled the incident that happened in front of Butler last year. At that moment, I had recognized the event as fundamentally wrong and fully supported people’s efforts in gaining justice for the incident. However, I didn’t repost anything, comment on anything, or seem to truly care about racism as much as when my own ethnic group was attacked.

“My ethnic group”: this term naturally came to mind and it scares me.

It reminded me of an exchange from “The Embassy of Cambodia” by Zadie Smith. In a conversation with her friend Andrew, the protagonist, Fatou, discusses a series of atrocities in history. Fatou complained that they, as African Americans, were born to suffer because she felt they “suffer more than all the rest” and no one from other ethnic groups understands their pain. Andrew interrupts her and points out the lack of sympathy in human nature.

“Who cried most for Jesus? His mother. Who cries most for you? Your father. It’s very logical, when you break it down. The Jews cry for the Jews. The Russians cry for the Russians. We cry for Africa because we are Africans.”

People tend to make a clear distinction between who they ethnically identify with and the rest as “others.” It seems as though we find it easier to feel for the people in our own ethnic groups rather than others. People have trouble sympathizing with everyone yet grumble about why “others” can't understand their suffering. Apathy, bias, and arrogance widen the gap between “us” and “others” and divide people in our Columbia community, where equity, inclusion, and diversity are supposed to be held to the highest standard.

As a Chinese student, it is natural for me to have intensely negative feelings for anti-Asian racist acts at Columbia, but not as much for the racist acts towards other minority groups. As much as we all despise racism, we must acknowledge the fundamental cause of it—our biases toward one another. Racism towards Asian student groups in our community should be taken seriously. Racism towards any ethnic group should be taken seriously. It should be part of an ongoing conversation where everyone participates and shouldn’t end when the University sends an email. I want to use these current events as a chance to call for universal sympathy on campus.

Let’s break the distinction we draw between “us” and “others.” Whether the distinction is based on race, gender, sexual orientation, or political standing, we can be supportive of each other when any minority group is offended.

For once, can we feel for everyone?

Xinle Hou is a sophomore at Barnard College studying comparative literature. Her favorite book is Soul Mountain by Xingjian Gao.