COVID-19: The unintentional whistleblower of inequality in New York City

COVID-19: The unintentional whistleblower of inequality in New York City 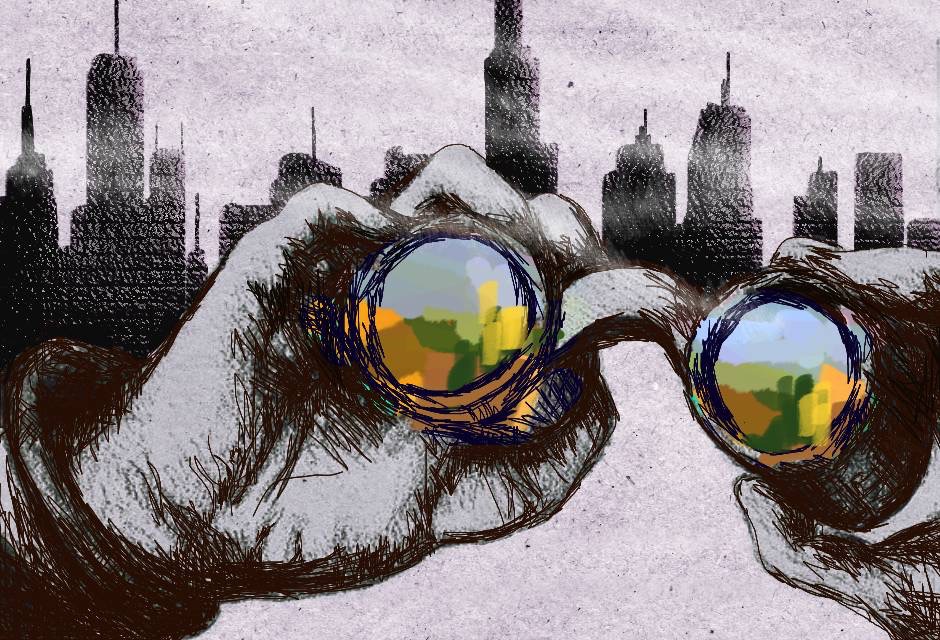 Kious Kelly—an assistant to the nursing manager of Mount Sinai West—died from COVID-19 exposure stemming from a lack of protective medical equipment. He was considered an essential worker. I have two siblings who are categorized as working-class essential workers in New York City. Every day, I text them the same reminders: Wear a mask, be mindful of social distancing, and wash your hands. I felt alienated within the Columbia community as I realized that the student body seemed overwhelmingly concerned with their future academic prospects being compromised while I worried that my family and city wouldn’t survive this.

I understand these issues to be caused by systemic negligence. I couldn’t help noticing that there doesn’t seem to be any widespread acknowledgment of the working-class, essential workers—the ones without prestige in their job titles. This workforce keeps the skeletal structure of society going, and it seems that both the local government and students have forgotten them during this crisis.

Currently, there are families who have loved ones making their way to jobs like construction sites, risking exposure to the coronavirus, without a guarantee of new masks or methods to wash their hands. Mayor Bill de Blasio and Gov. Andrew Cuomo didn’t initially halt construction on luxury apartments and office buildings, projects that by most standards would be deemed nonessential, if not vain. Later, the governor announced a new directive which suspended most residential and commercial construction but only following public outcry.

In the early stages of the New York City coronavirus outbreak, the mayor also didn’t see the need to close down the public school system until later than was advised, putting families, students, and faculty at risk. The same lagged response was seen with the closures of CUNY locations. Compared to those at public educational institutions in the city, I think our student body has had it much easier, as a majority of us are in our hometowns where we have more efficient isolation methods for ourselves and families.

Furthermore, as marginalized populations worry about the Medicaid cuts the governor warned could happen, their relatives are possibly being infected while at work or are housed in a prison with confirmed cases. It is also important to note that Columbia Facilities workers, who have always played a vital role in making life on campus comfortable for students and faculty, are continuing to do so, and are likely deeply affected by what is happening in the city right now.

I feel that our student body lacks an overall concern toward the severity of COVID-19 in the New York metropolitan area. While students are at home or stranded on campus—still protected by the “Columbia Bubble”—people are dying and more will die. I categorize myself as a native New Yorker first, a human being who values empathy second, and a Columbia student third.

We are formally known as Columbia University in the City of New York. Our school’s name warrants an acknowledgment from the students of what’s happening in the locality in which we are based. Yet, some of those same students are groaning over a ruined senior year and making a malicious statement about Columbia Facilities and the homeless population on the infamous Columbia Confessions Facebook page. It’s unnerving to think that this is happening within the student body as hospitals become overrun, and Elmhurst Hospital had to park a freezer truck outside the facility to hold the bodies of the dead.

I don’t want anyone to get a sense that I’m scolding them; I just want Columbia students to prioritize being well-informed and sharing information such as this rather than reposting the pass/fail arguments of other students. We can make a meaningful impact surrounding social issues by becoming aware of the issues occurring and amplifying the voices of those that need to be heard. For example, we could be promoting the growing movement calling for de Blasio to implement a rent freeze until 2021. Many students are passionate about injustices in class discussions, and this can be a new arena to be just as vocal.

There’s an opportunity to be on the right side of history. We’re all present as this COVID-19 pandemic is history in the making. The Columbia community can step away from the “Ivy Tower” stereotype to rise to the occasion and show their support for average citizens in New York City. Many of these citizens are worried about how they’ll put food on the table due to being laid off or are working to make the privileged—who have the luxury to stay home—more comfortable. Let’s use our empathy and recognize the world outside of Columbia.

Chantal O’Brien is a student at the School of General Studies majoring in sociology. She’s a native New Yorker and an avid lover of pre-Giuliani nostalgia. Chantal also loves art, reading, animals, hip-hop, and 1960s counterculture. She strives to shatter any preconceived notions about people from the ’hood in New York City—where she’s from. This is also written in the memory of Caridad Santiago, a family friend who recently passed away from COVID-19 complications.