Petition to bully anyone who disagrees with my petition

Petition to bully anyone who disagrees with my petition 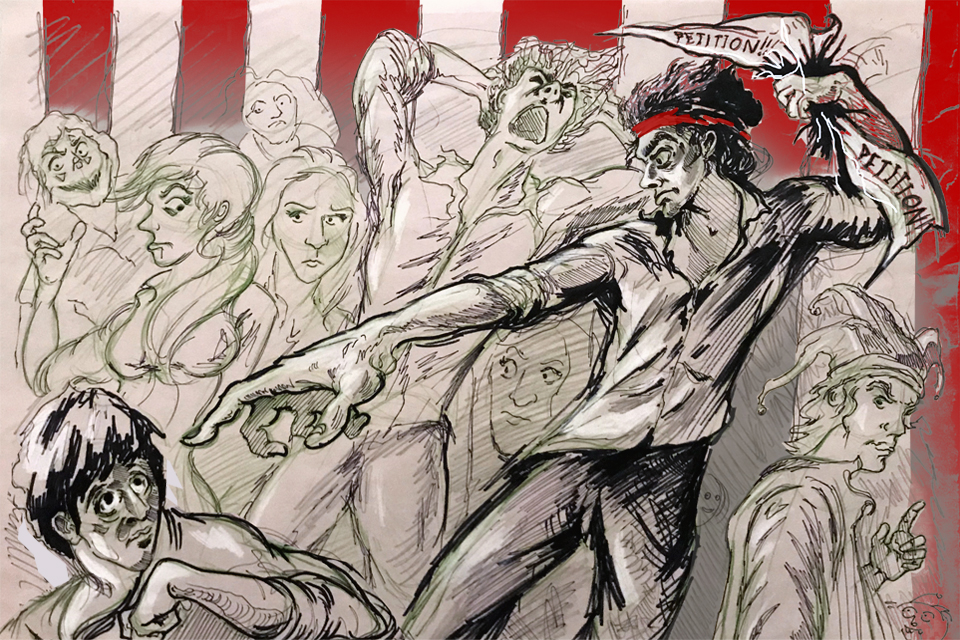 My name is Cara Jasper. You may not know me, but I am the designated decider of all things #woke at this school. In case you want to hear my credentials, here they are: I am a woman of color (one-fourth Cherokee on my mom’s side), a second-generation middle-income college student, and a top commenter on Columbia Confessions. Now that you know my qualifications, it should be clear that you have a moral obligation to agree with me about everything. If you don’t, you are a racist, sexist, homophobic, elitist, xenophobic, anti-Semitic piece of human trash.

Now to the main issue, it has come to my attention that there have been multiple petitions circling online about Columbia’s response to COVID-19, especially in regards to pass/fail grading. Upon learning of these petitions, I immediately formed inflexible stances on all of them and shared my unquestionably correct opinions on Facebook. However, it seems that some of the #problematic people on campus have been disagreeing with me on the grounds of “nuance” or whatever. Enough is enough. Logical, well-thought-out objections voiced by well-meaning peers have absolutely no place on this campus, which should be a safe space for my opinions and my opinions only.

I am asking for signatures for this petition because we must wipe out any remaining drops of compassion that Columbia students harbor for those who disagree with them. Minute differences of opinion on mundane campus issues are certainly worth burning bridges for, so instead of taking the time to politely explain our opinions to one another, we must normalize attacking those we deem as problematic. I mean, everyone knows that the best way to win someone over to your side is by accusing them of being a terrible person. So what better idea than to allow the woke people to bully all the unwoke people?

Therefore, if you are a woke person like me, it’s time to unlock your phones, pull up the Columbia 2020 Facebook group, and start hurling insults at anyone who disagrees with you. No, it doesn’t matter how nuanced or complex the issue is. You, as a woke person, have a moral obligation to ignore the perspectives of everyone else with the definitive conviction that you are 100 percent right, 100 percent of the time. If you’re new to this whole bullying-disguised-as-activism thing, don’t fret! I have some tips for you:

2) Enlist help from friends to do the same.

3) Throw in some buzzwords you learned from your Introduction to Comparative Ethnic Studies class, so people will know that you’re the real deal.

If you don’t agree with my petition, well, screw you. You’re a terrible person. So please, sign my petition.

Canwen Xu is a senior in Columbia College studying political science with a concentration in computer science. She would like to pre-empt the bullying she may receive for this piece by stating that it was not meant to be taken too seriously. And yes, she supports universal pass/fail grading. You can read her satire column, The Retired Sellout, on alternate Wednesdays.