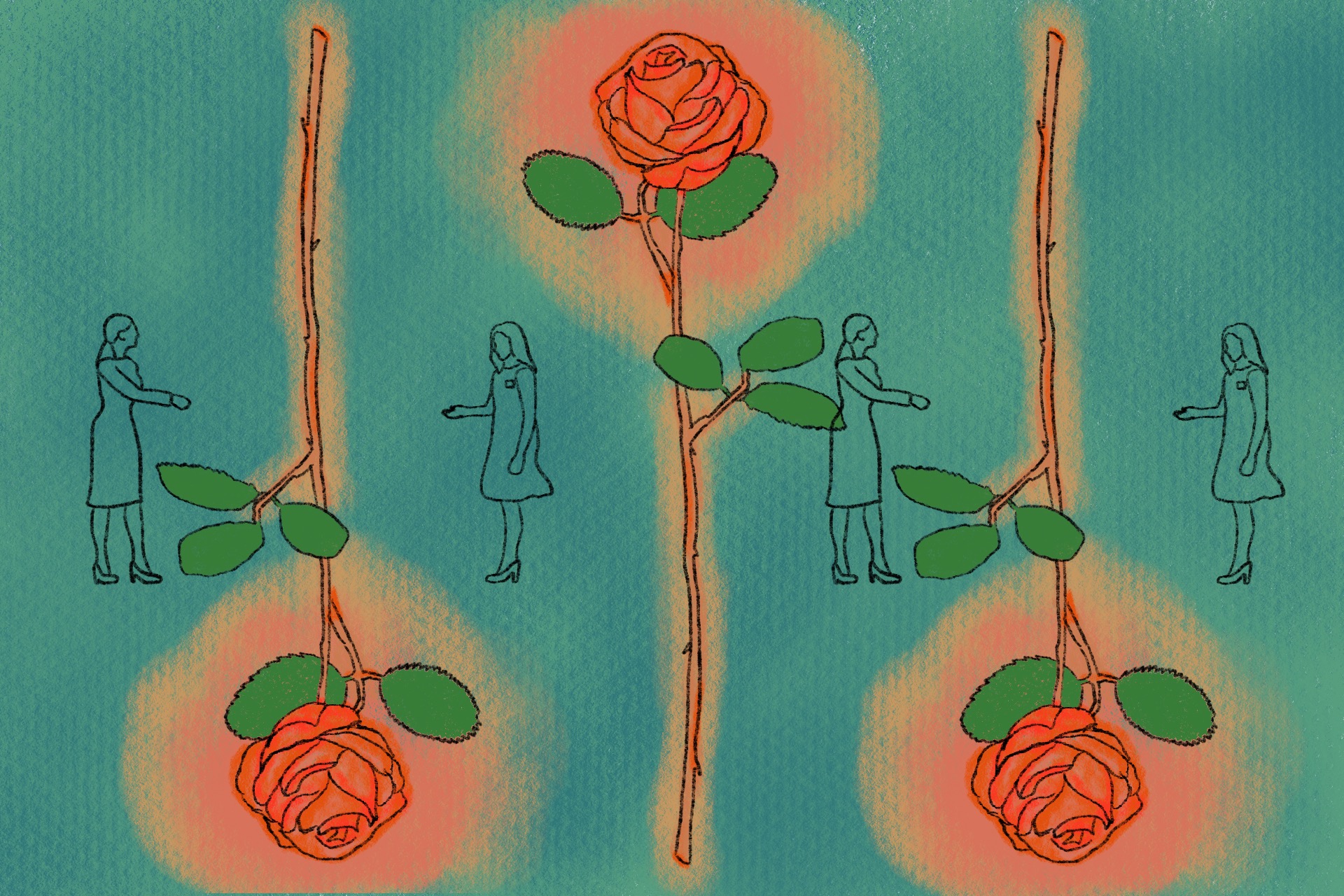 At the end of last semester, I began an important step in my gender journey: I started to experiment with changing my name. It was a step I was afraid to begin, but one I knew I would eventually have to take. I have never felt a connection to my deadname and I was ready to quit being referred to by it, but I wasn’t sure if I was ready to give everyone, even distant acquaintances, such a clear glimpse into my gender journey.

I felt a similar fear changing my pronouns at the beginning of the academic year. Ironically, I took comfort then in the fact that large portions of the straight, cis public still lack a thorough understanding of nonbinary identities, subconsciously convincing myself that changing my pronouns would only give allies and other queer people insight into my self-image. Looking back, my reasoning was weak, but that thought coupled with a friend’s supportive words were just the push I needed to let myself be more vulnerable after years of hiding.

I couldn’t take a similar line of reasoning when I changed my name, so I took a different approach. Rather than instantly going public with my name change—as I did when I changed my pronouns—I chose to start with friends. For the last month or so of the fall semester, I trialed “Nat” as a gender-neutral derivative of my deadname with friends while continuing with the original elsewhere.

It was—as you might expect—a fairly confusing mess of an experiment. It did, however, give me an answer as to what I would go by, and I realized unequivocally that “Nat” was the more comfortable of the two names. With that decision solidified, I changed my preferred name on SSOL and entered this semester (re)introducing myself to instructors and classmates as Nat. I embraced the vulnerability.

I always knew that this name, like my deadname, was temporary for me. Like all things derived from my deadname, it couldn’t last, but I thought it would hold for the semester at least. However, the timeline on that change met an unexpected accelerant when I had to speak to an administrator.

Filling out the online request form for a meeting, I marked my pronouns as “they/them” and my name as “Nat.” When I arrived, the first thing the staffer told me was “Oh, I didn’t know if you were going to be a male or female Nat,” not-so-subtly hinting at my unspecified gender identity. I uncomfortably replied that I had already informed him on the questionnaire that “I use they/them pronouns.” He followed up with a completely unacceptable question to ask a transgender person: “Well, then, what is it short for?” It reminded me instantly of my supposedly vanquished deadname.

After that stunningly ignorant anti-transgender microaggression committed by a University official, I was done with “Nat.” My attempts to stave off my name-related dysphoria with an easy, temporary fix had fizzled faster than a sparkling wine toast on New Year’s. I quickly realized that “Nat” was just inviting microaggressive reminders of my deadname, so—on top of my schoolwork—I gave myself the extra assignment of choosing another new name.

This time, I sought out a name that I actually liked to hear, rather than just accepted as “better than the old one.” Again, I turned to my friends for help—this time in thinking up new names. I quickly built off of a suggestion that a friend made and came to my current name, which I’ve been using increasingly with friends for the past couple of months.

Like everything, however, my name timeline has been unfortunately complicated by COVID-19. Suddenly, the friends-first approach I used as I phased in my first name-change lost its effectiveness as my friends could no longer provide in-person reinforcement and human comfort. Instead, I’ve been living alone in Carman Hall and only irregularly seeing the few people on campus who are aware of my new preferred name.

Trapped in a liminal space by the logistical difficulties of midsemester name changes and the coronavirus pandemic, I’ve realized how important a name is to mental health. I can still recall telling a friend in high school that I never felt any connection to my deadname, to which she only said that she couldn’t relate. I was a mess then. Now, I feel more attachment to my chosen name—that I never see—than I ever felt with any name, incredible aversion to my deadname—which I still, unfortunately, have to sometimes encounter—and nothing for the name staring back at me on emails and during Zoom class sessions. I have noticed that nothingness increasingly encroaches into my mental space; I’ve often felt hidden behind an assumed identity, even from myself.

I’d like to be hidden no more. Hi, I’m Danielle!

Now that Danielle (she/her, they/them) finally thinks she is done with the extended coming out experience that has defined their last year. She finally created a social media account, a Twitter with 11 followers. If you want to share your own coming out story or just need a supportive neutral voice, you can email her at njk2137@columbia.edu, or for the first time, tweet @Danielle_Kempf. Their column Gender Troubles runs alternating Sundays.