We need to restore America’s soul. The path to salvation runs through the Republican Party.

We need to restore America’s soul. The path to salvation runs through the Republican Party. 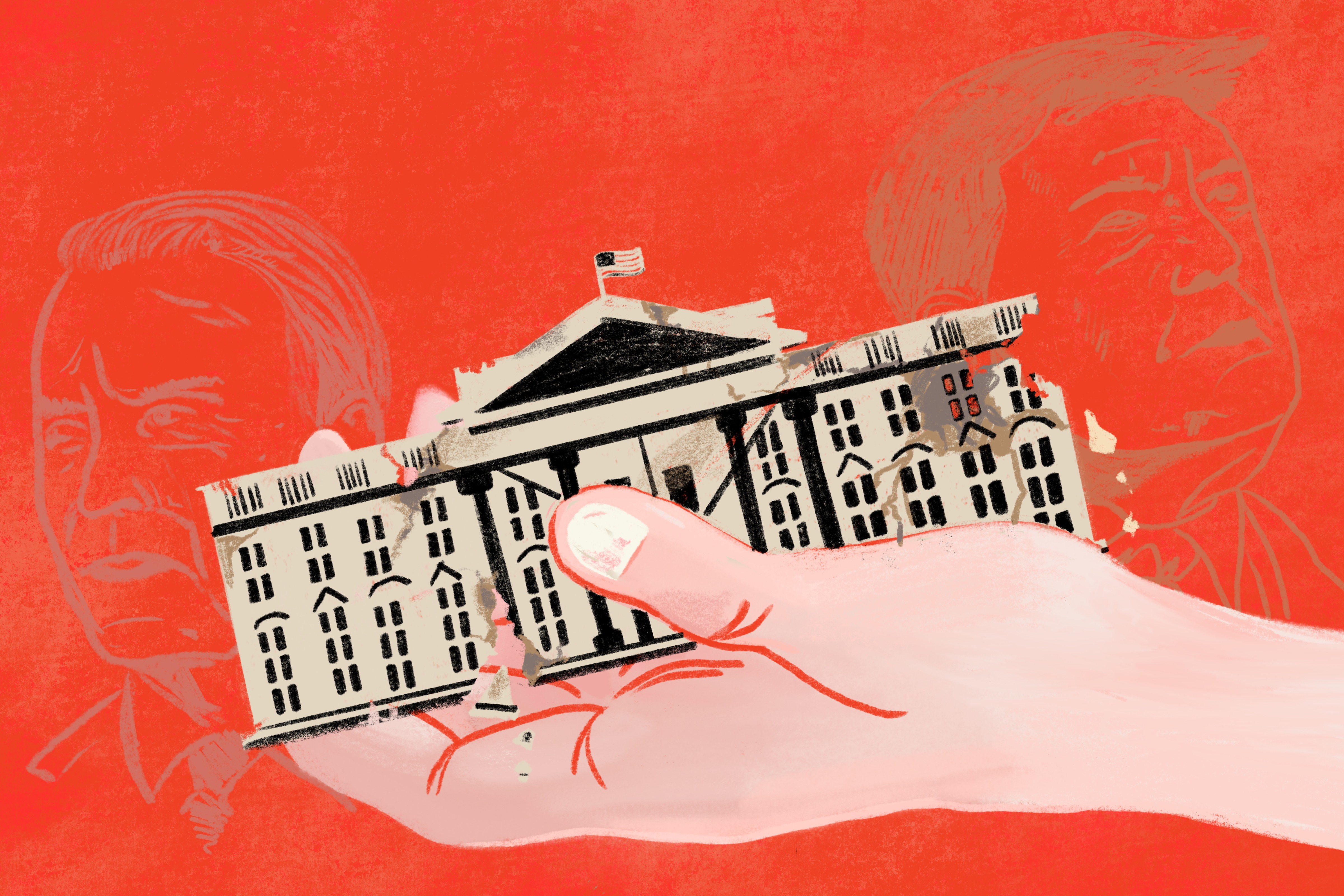 We are now only a few days past November 3. While the final results of the election are still unclear, it is evident that both parties have a lot of thinking to do. The Democratic post-mortem will focus on the party’s stunning loss of seats in the House and failure to perform as expected in the race for control of the Senate. Similarly, Republicans will have to consider how their party is becoming increasingly reliant on the electoral college and figure out a way to win more suburban and college-educated voters.

One lesson that both parties ought to take to heart is that America is a divided country; no single party is within reach of a decisive majority. That means that our country must choose between two options. We can accept a politics where the dominant party jams through partisan legislation along party lines, angering the opposition and provoking backlash. Alternatively, we can take a better route. Motivated by the reality that pluralist democracy without compromise is impossible, we can adopt a politics of bipartisanship where both parties work together for the good of the nation. If we are to do so, we’ll need to reconstruct a hyper-partisan Republican party currently in ideological meltdown. This reconstruction cannot be solely a Republican effort. Indeed, every American citizen must play a role, perhaps none more important than Joe Biden.

Like much of the Trump presidency, this election was a Republican damage-control effort; Senate incumbents in states like Georgia and Maine struggled to escape the president’s shadow and Republicans found themselves on the defensive across the country. Over the last eight years, the party of Mitt Romney and Paul Ryan became the party of Donald Trump, a historically unpopular president with well-documented moral, ethical, and political deficiencies. If Trump is defeated in this election (which is looking increasingly likely), the Republican party will find itself at a crossroads. The party will have to choose whether to further embrace the bombastic, nationalistic, and populist Trumpism that has divided the country over the last four years, or choose a more traditional brand of Republicanism that also strives to be more inclusive and appeal to a set of voters the GOP previously hasn’t managed to reach, particularly minority voters.

Irrespective of the final outcome of this election, we must all seek to push the Republican party in a more moderate direction. Fundamentally, regardless of the margins by which Democrats win, as long as there remains a major party in the U.S. that is as anti-system, toxic, and willing to flaunt democratic norms as the current Republican party, our government will remain dysfunctional and the country will only wade deeper into its currently polarized political mire. Regardless of the outcome of any given election, there is no doubt that the Republican party will continue to have the ear of a significant part of the American electorate and wield political influence. Indeed, there is a risk that a still distinctly Trumpian Republican party faced with an uncompromising Biden administration will recklessly sabotage the Biden agenda, even using extra-constitutional means to do so. Thus, just as it is up to all of us to restore the soul of our nation, it is up to us to make sure that the moderates win the battle for the soul of the Grand Old Party.

Joe Biden and the Democrats have a critical role to play in this endeavor, one that entails acting in good faith and restoring the bipartisanship that has historically characterized American government. If he wins, Biden ought to reject proposals that would further inflame political tensions and give credence to Trumpian Republicans at the expense of moderate ones. Indeed, one of the lessons of the last decade is that politics without compromise inevitably become politics of revenge.

In the 2010s, both Democrats and Republicans, angered at their marginalization while in the political minority, sought vengeance when back in power, taking ever-more drastic measures to satiate bases clamoring for political restitution. In this sort of environment, moderates willing to compromise are seen as feckless; political firebrands, promising to unapologetically advance a partisan agenda and reject any compromise with an opposition they see as defined by its moral turpitude, are swept into power. Ironically, Trump’s own time in office, partially a response to the Obama presidency, has again demonstrated that partisan zealotry only pushes one’s opposition toward radicalism.

To his credit, Joe Biden has consistently said that, as president, he would be willing to reach across the aisle. However, in order to gain the Republicans' trust and dispel the Trump base’s notion that Democrats are radical or threatening, Biden and his party must maintain that stance unconditionally. Only then, in the absence of a compelling Democratic boogeyman to unite the party against, will the Trumpians' grip on the Republican base begin to weaken. The GOP will be forced to become a party of ideas, rather than a party defined by its opposition to the Democrats.

As both Columbia students and engaged voters, we also have a role to play. We must encourage a more bipartisan and amicable politics that elevates competent and compromising politicians on both sides of the aisle rather than the fire-breathers who have frequently been voted into office during the Trump era.

In particular, we must focus on changing the way in which even Romney-esque Republicans are regarded on campus; there ought not to be a stigma around simply being Republican. Ultimately, if we are to encourage the rise of a moderate Republican party, we must recognize that we cannot alienate the would-be leaders of that party. We must treat the opposition with respect, and grant them the dignity that all of us have by virtue of being human beings seeking to create a better world. In doing so, we will have gone a long way toward fulfilling our obligations as democratic citizens and shaking the Republican party out of its current stupor.

Should we succeed, we’ll have taken a huge step on the road to restoring the soul of the nation; we’ll be ready to face the historic challenges ahead.

The author of this piece is worried that his take on the election will age badly as more results come out (he’s already had to rewrite this article once). If you want to poke fun at his predictions or take issue with something he said, email artem.ilyanok@columbia.edu. He’ll try to get back to you in between Lithum readings. Submitted to a Candid World runs on alternate Sundays.