‘Not the climax I was expecting,’ says student of her first time

‘Not the climax I was expecting,’ says student of her first time 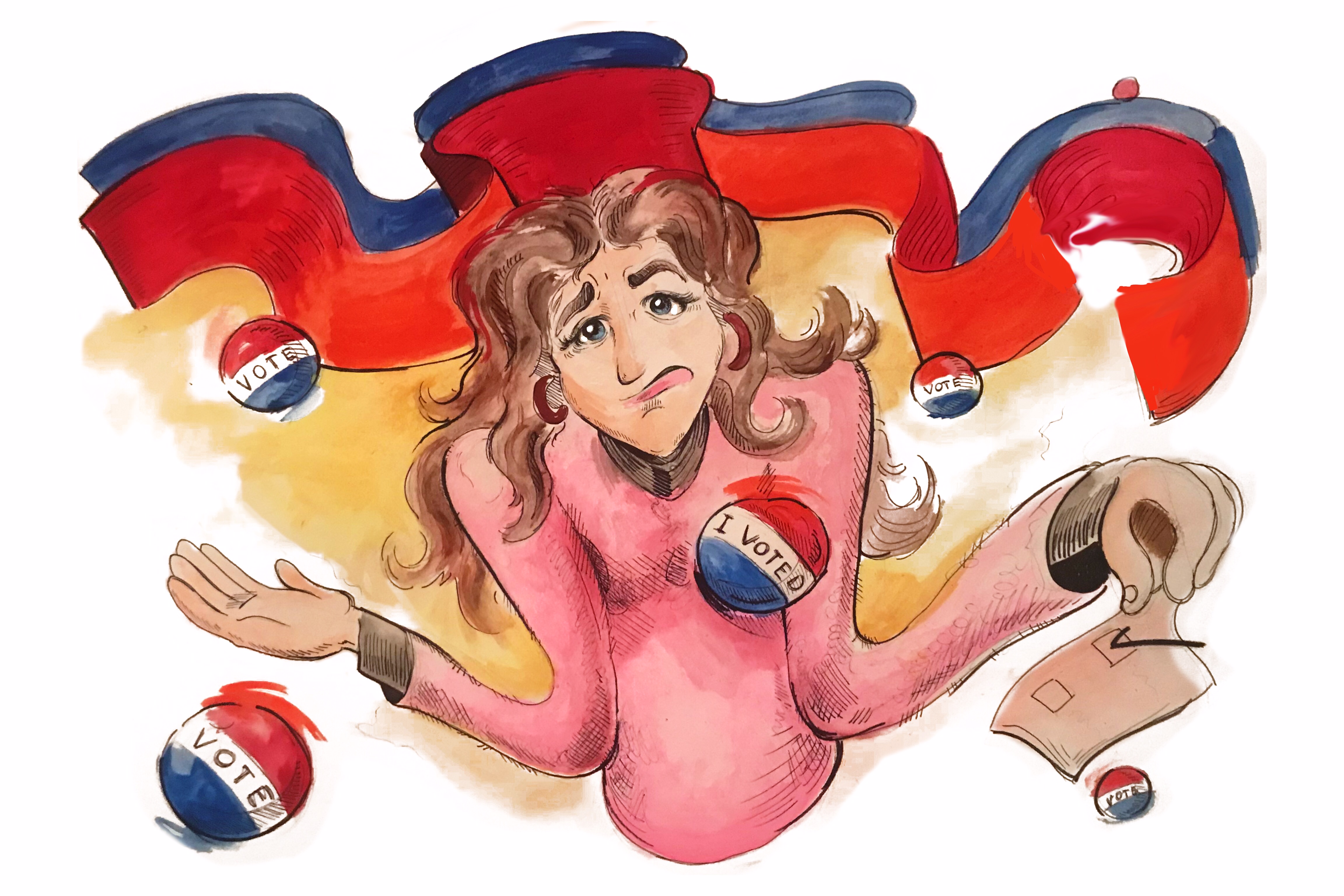 Following what she was told would be a momentous marker in her journey to womanhood, Alice Wilson, CC ’21, left the polling station on Tuesday, November 3, feeling unsatisfied.

“I was really excited to do it for the first time,” said Wilson of her experience voting in her first presidential election. “I mean, I was nervous, sure. But mostly excited.”

“I made sure I had protection and everything—my ID, a mask, hand sanitizer, gloves … I even got tested beforehand.”

“I told Alice before she left the house this morning, ‘This is a special day,’” said Sandra Wilson, Alice’s mom, with tears in her eyes. “Every woman remembers her first vote.”

However, after filling out her very first presidential ballot, Alice was left with a sense of overwhelming dissatisfaction. “I didn’t really feel anything. I was like, ‘Am I doing this right? Am I putting it in the right place?’”

“I called her immediately when she told me she’d done it,” said Amira Gilbert, BC ’21, Alice’s best friend. “I was like, ‘Ring ring, new Alice alert!’ But she kinda sounded the same.”

“I was disappointed, I’m not gonna lie. I mean, this is supposed to be one of the best feelings ever, right? And it was kinda meh. Even a little painful honestly,” Wilson lamented of the long lines and wait times.

“But even so, I plan on voting again in the next election. I’m just hoping that next time it will be a little more exciting and that more people join in. I hear the more you do it, the better it gets.”

According to the New York State Board of Elections, Alice’s ballot was filled out correctly and counted, following the misdelivery of an absentee ballot.

“Oh, yeah. I only voted on election day because my absentee ballot didn’t come. It literally never came.”

Venice Ohleyer is a “senior” in “Columbia College” studying “creative writing” and “film and media studies.” She recently cast her first vote for president in the 2020 election, but swears she hasn’t changed at all since it happened. The Invisible Hand is a satire column that runs bi-weekly. Venice can be reached at venice.ohleyer@columbia.edu or found on Instagram or Twitter.