The theme of 2021 is accountability, but will Columbia get the memo?

The theme of 2021 is accountability, but will Columbia get the memo? 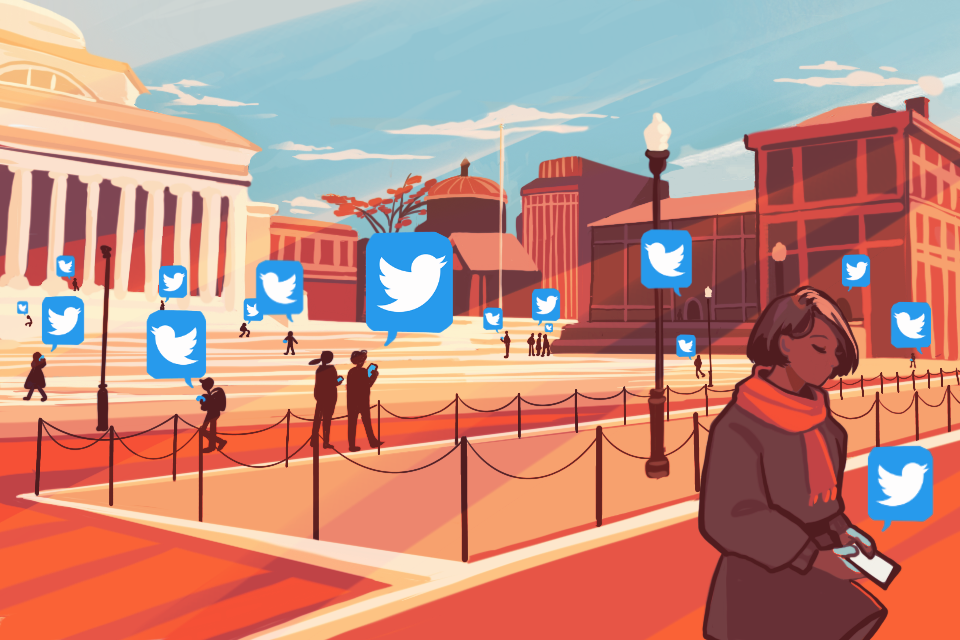 For many, January was supposed to be a month of cautious optimism. In the wake of one of the most traumatic years in our lifetimes, it should have marked the beginning of a new and hopeful political age but what the chaos on Capitol Hill showed us all is that this year must mark the age of accountability.

It has not gone unnoticed to lawmakers and citizens alike that the white nationalist insurrection that occurred on January 6 was months in the making. Many journalists have argued that “The Big Lie”—the idea that the Democrats stole the 2020 election from former President Donald Trump—was the root cause for Trump voters storming the Capitol, but we should not glance over what summoned a vengeful horde to Washington D.C. in the first place: Trump’s unrestrained tirades over the course of his four years in office.

The events that transpired in the first week of January were inevitable, but only because  Trump’s comments fueled an already growing fire. American white nationalism is not a Trump-funded modern invention. It has roots in the nation’s founding myth and has produced devastating effects in many eras of our history. It is important to note, however, that when saying whatever was on your mind with no regard for consequences became an admirable trait in a presidential candidate, a new generation of white nationalists gained confidence, raising new questions on the nature of free speech and its limitations.

Following Twitter’s permanent ban of Donald Trump, the platform’s CEO and founder Jack Dorsey stated that while the ban was necessary, it would threaten the oft-lauded notion of a free Internet. While my initial reaction to Dorsey’s comments was one of confusion—shouldn’t the reality of public safety matter more than an ideal?—his concerns eventually reminded me of Columbia’s own tendency to hesitate when holding people accountable for their words.

Debates on free speech are not foreign to the nation’s colleges, especially Columbia. The University is home to many institutes and programs dedicated to securing the existence of free expression in today’s world and, at the same time, to an uncomfortable amount of racist and anti-Semitic incidents. Like Dorsey, it faces a seemingly complicated dilemma. Where Columbia maintains that “censorship anywhere is censorship everywhere,” Twitter seeks to defend “the free speech wing of the free speech party.” Both parties, in their dedication to quintessential American principles, have come into friction time and time again with events that unfold in their spaces, and struggle to reach a point of reconciliation. It goes without saying that the two cannot be conflated: College campuses are often considered to be bastions of intellectual thought and free thinking, and social media apps are virtual platforms for expression. However, both operate as public spaces in which threats of harm have the potential to endanger real lives.

While it is difficult to definitively outline how we can balance upholding free speech and holding people accountable for the harm their words cause, we can begin by changing our approach to the collective definition of free speech itself. We can start by not repeatedly stating that “freedom of speech” does not mean “freedom from consequences.” It is not that offensive speech must have consequences: It already has consequences. From the moment a person spews violent hate speech, they harm the people targeted by their words, be it mentally or physically. The assassination threats on January 6 showed us this. We need immediate accountability in the aftermath of any hateful or inciting form of speech, whether that be via deplatforming or, in extreme cases, expulsion.

The reason why many people view the recent Twitter ban as both insufficient and too little, too late is that the political Pandora’s box has long been opened, and people want to see the former president held accountable. A permanent Twitter ban is one thing; a Senate trial and possible bipartisan censure is another. In other words, the direct and inevitable fallout from someone’s actions is different from them owning up and bearing the brunt of them.

I wish I could offer a similar example outlining the differences between consequences and accountability in the case of Columbia, but there is nothing in a long history of racist acts on campus to suggest that the University understands consequences or accountability. I am reminded of the actions of Julian von Abele, CC ’21, whose white supremacist rant resulted in only a statement of denunciation and little disciplinary action just over two years ago, leaving no room for consequences or accountability. As a result, the prioritization of an ideal comes before the reality of student safety. Such a misdirected focus will only lead to lackluster words of sympathy from the administration and more harrowing racist incidents on campus, spinning around each other in a centrifuge of chaos.

As the first week of January set the tone for a year that might see us all reunited on campus, we should let the ongoing fallout from Capitol Hill and lessons from closed-door Big Tech meetings guide our approach to simultaneously defending freedom of speech while holding people accountable. If we want to come up with stronger ways to end the cycle of unproductive free speech debates, we will have to move forward with a redefinition of what freedom of speech truly means to our nation and our campus.