Girlboss! This woman stormed the Capitol

Girlboss! This woman stormed the Capitol 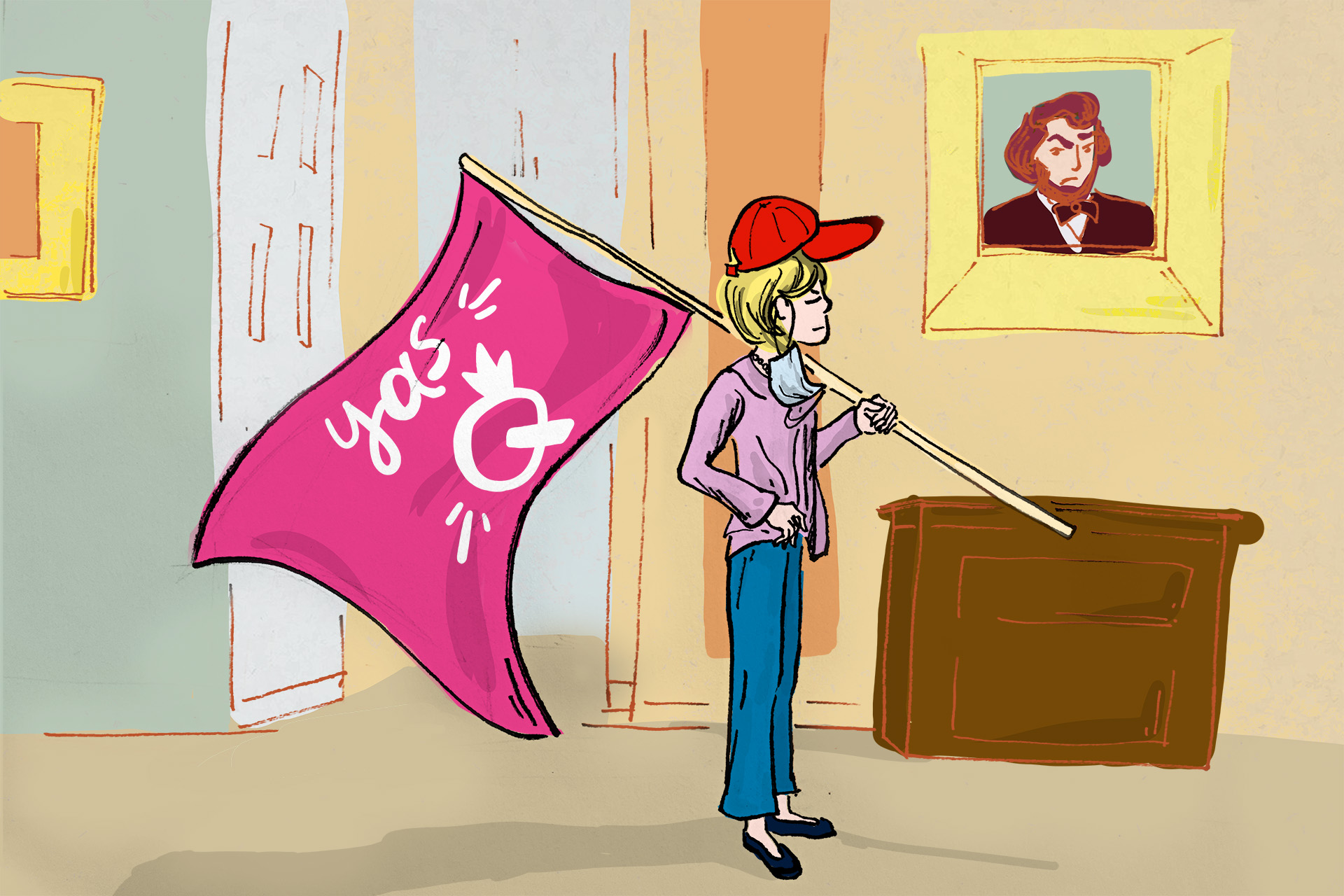 In a major win for feminists everywhere, Jean Miller of Lancaster, Pennsylvania, made herstory on January 6 by becoming one of the first women ever to break into the U.S. Capitol.

Nearly 10,000 rioters entered federal grounds and infiltrated the Capitol building, and some of them, like Jean, were women.

In our interview, Miller confessed that it had never occurred to her that she would be breaking any records. “I was storming the Capitol like anybody else would because I wanted to. It had nothing to do with the fact that I am a woman.”

Once the rioters made it into the lobby, Miller described the atmosphere as simultaneously exciting, chaotic, and most of all, queer-friendly. “There were lots of people in leather, others in horns. There was something for everyone.”

I asked Jean, who has since been labeled Teen Vogue’s newest “wominspiration,” how it felt to have broken the glass ceiling in such a significant way.

“Uhhh, I don’t think we broke any ceilings,” Miller said. “But we definitely broke a lot of windows. Like, I’m talking glass everywhere.”

When asked about rioters’ motivations for storming the Capitol, Miller explained that they felt they deserved a seat at the table.

“No, that’s not what I said. I said we deserve a piece of the table. Like, we tried to break off a piece of Nancy Pelosi’s desk.”

More women in Washington? That’s something we can all get behind.

Venice Ohleyer is a junior at Columbia studying creative writing from Brooklyn, New York. She can be found gaslighting on Instagram @effervenice, gatekeeping on Twitter @veniceohleyer, or girlbossing at venice.ohleyer@columbia.edu.