An open letter to the Columbia administration

An open letter to the Columbia administration 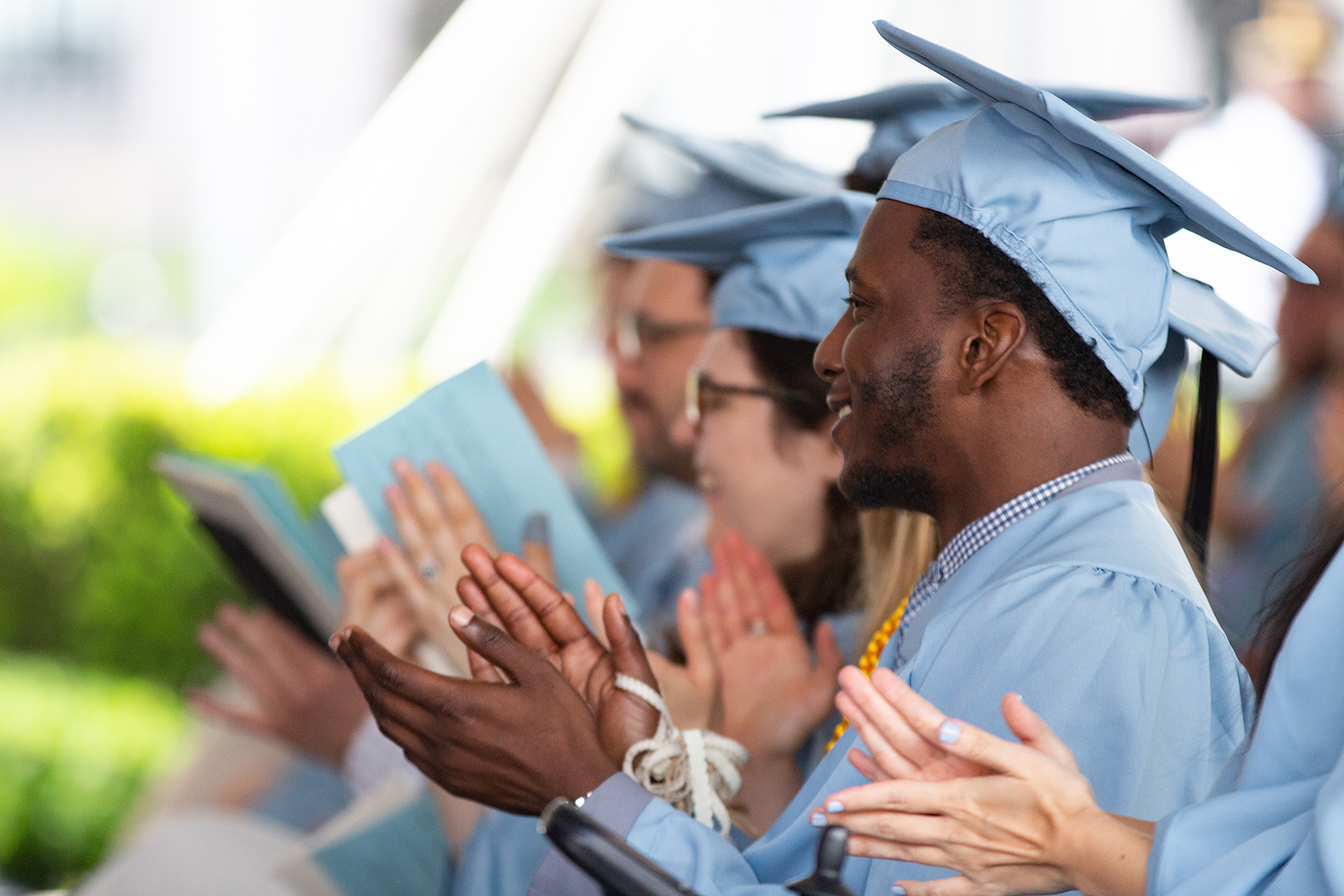 Commencement is in less than 40 days and finals end in fewer than 30 days. Despite this, Columbia has neither delivered on its promise of in-person activities leading up to Commencement, nor has it promised the class of 2021 any sort of in-person celebration once it is safe to do so.

In fact, Columbia has canceled in-person Commencement and has hardly communicated with students about any senior traditions. While it would be unreasonable in these times to expect the University to make up for all that was lost, the administration’s lack of transparency feels like the pandemic is being used as an excuse to cut the costs associated with the senior class. Columbia must put significantly more effort into making the class of 2021 feel honored and included as graduating members of the Columbia community.

The current senior class has already missed out on in-person traditions such as both the Senior and Junior boat cruises, the Senior Gala, Lerner Pub, two Bacchanals, Homecoming, and Senior Nights at Amity Hall. Of course, many of these events are difficult to pull off given the current public health conditions, but the reality is that peer institutions have already managed to organize toned-down events this year for seniors.

As of today, a considerable number of Ivy League universities have agreed to host in-person ceremonies open only to graduating students or have committed to future in-person ceremonies. Other New York City schools such as New York University, Manhattan College, and Pace University have acted similarly. It seems preposterous that Columbia is refusing to offer the senior class the same courtesies, especially when most seniors have been left to finish school completely alone.

Columbia can do something beyond “Zoom events” for the class of 2021. For instance, Barnard has already figured out how to safely celebrate its own graduating students this year. The college is organizing a series of “smaller, socially distanced in-person gatherings for the class of 2021 with faculty and staff the week of April 25.” New York state guidelines currently allow events for up to 100 people gathering indoors and 200 people gathering outdoors. If on-campus capacity is an issue for senior events, Columbia has Baker Field, which has more than enough space to safely hold 200 people. This begs the question: What else is keeping Columbia from having the ability to provide a safe Commencement for its deserving students?

Columbia has consistently refused to do anything material to make up for lost senior events. At the very least, Columbia has done an extremely poor job of communicating any potential plans with the class of 2021. It is yet to be seen if Columbia will give all seniors the traditional graduation inflatables. Nor has Columbia provided seniors with free swag afforded to previous senior classes such as T-shirts, mugs, shot glasses, or stainless-steel watches. While seniors did receive “graduation kits” alongside free graduation robes, the kit was disappointing: It only included a “Columbia Commencement 2021” packet with a letter from the school dean, some paper photo booth props, a paper contact card from the Columbia Alumni Association, a paper Columbia flag, and some paper stands saying “Commencement 2021.”

While the gesture is commendable, Columbia has provided nothing else material to its seniors. Although the graduation gifts that have traditionally been available to past senior classes were provided at Commencement or through giveaways and raffles, it makes no sense why these are not available to seniors now, particularly when we still pay for “activity fees” and other extra bills that Columbia tacks onto our tuition that go toward such events and memorabilia.

The scarcity of senior milestones becomes even more insulting given that the Columbia administration sent out a University-wide email to all students and staff celebrating how its endowment performed historically well this year. Given that Columbia is doing well financially, what is keeping the University from providing the seniors with the same privileges it granted the previous graduating class? Between the tone-deaf celebrations of the endowment and lack of acknowledgement by the administration, the members of the class of 2021 end up feeling like afterthoughts, or even profit-maximizing measures.

Perhaps events are indeed being planned, but the lack of transparency and support indicates Columbia’s disregard for its graduating seniors and student community. The University can and should follow the lead of its peer institutions and do better to commit to celebrating its seniors, just as it has done for previous graduating classes, beyond only giving us lip service. As of now, the class of 2021 has been left completely in the dark, and the University’s actions simply leave a bad taste in our mouths as we prepare to graduate.

Jason Vassiliou, CC/Juilliard ’21, is a senior studying mathematics and economics at Columbia College and violin performance through the Columbia-Juilliard Exchange Program. When he is not practicing violin late at night, he’s usually reading books or writing poetry while sipping boba on Low Steps. He can be reached in JJ’s Place or at jcv2136@columbia.edu.