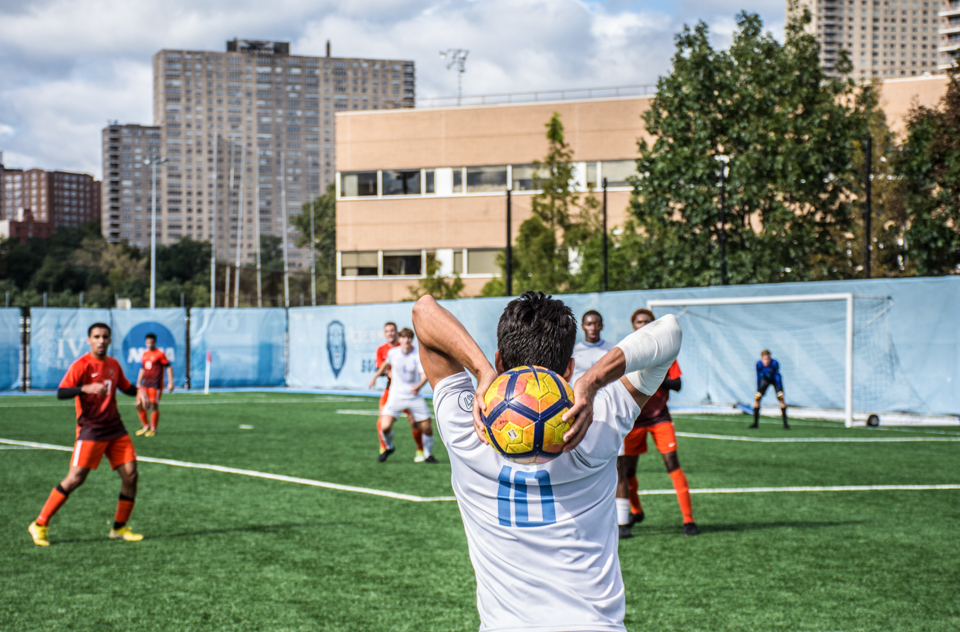 Saturday’s scoreless draw against Dartmouth ended the second-longest streak of games in which the Lions scored.

On Saturday evening, Columbia men’s soccer went head-to-head with Dartmouth, resulting in a double overtime finish where both sides walked away with a goalless draw. The scoreline marked the end of the second-longest streak of games with a goal in Columbia history after stretching 19 consecutive matches.

In last year’s encounter between the Lions and the Big Green, the Lions were able to snag a victory and break Dartmouth’s four-match winning streak. However, the Light Blue has not been able to defeat the Big Green on the road since 2013.

Gaining only a point from the tie, Columbia (4-5-4, 1-1-2 Ivy) now has a total of five points, putting it fifth in the Ivy League standings alongside Brown. Dartmouth (5-6-2, 2-1-1 Ivy) now shares second place with Princeton and Penn, all of whom have a total of seven points.

Despite being ranked No. 9 in the United Soccer Coaches Northeast Region poll, the Big Green struggled to gain possession of the ball in the first half of the game, with the Lions in the driving seat as Columbia notched eight shots compared to Dartmouth’s three.

The opening 25 minutes saw Columbia’s offense threaten Dartmouth’s goal multiple times while not allowing Dartmouth to let loose a single shot at the Lions’ goal. Three minutes into the game, it looked like Columbia would take the lead as the Lions found the back of the net before an offside call from the referee ended the momentary celebration.

The Big Green had its first look at a goal when it was awarded a penalty in the 25tht minute. First-year goalkeeper Michael Collodi was called on for the third time this season to defend against a penalty. Not a stranger to the pressure, Collodi dove coolly to the right side, frustrating Dartmouth’s chances. Collodi has saved all three penalties this season. This helped Columbia achieve its second shut out of the season.

The second half saw a similar story. Although the Big Green seemed to turn things around in the opening 10 minutes when Dartmouth caught Collodi off his line, an impenetrable Light Blue backline ensured the ball was cleared away.

Building on its defensive success, Columbia amped up the pressure with two corners and multiple shots on target all within a span of eight minutes from senior forward John Denis, senior midfielder Danny Laranetto, and sophomore midfielder Sebastian Gunbeyi. Unfortunately, even though Columbia did “determine the terms of the game,” as Anderson put it, the Lions were unable to execute and snag that elusive goal.

“Scoring goals is the hardest part of the game. We created numerous opportunities, numerous restarts, and we just weren’t able to execute on those moments,” Anderson said.

“I thought we executed things last night relatively well and certainly consistent, which is good. So, for me, the takeaway is consistency and growth, and a group of guys that continue to improve and continue to get better,” Anderson said.

The Lions will be looking to turn things around on Saturday, Nov. 2, when they return home to take on Yale. Kickoff will take place at 1 p.m. at Rocco B. Commisso Soccer Stadium.