Did you read the subtitles?

Did you read the subtitles? 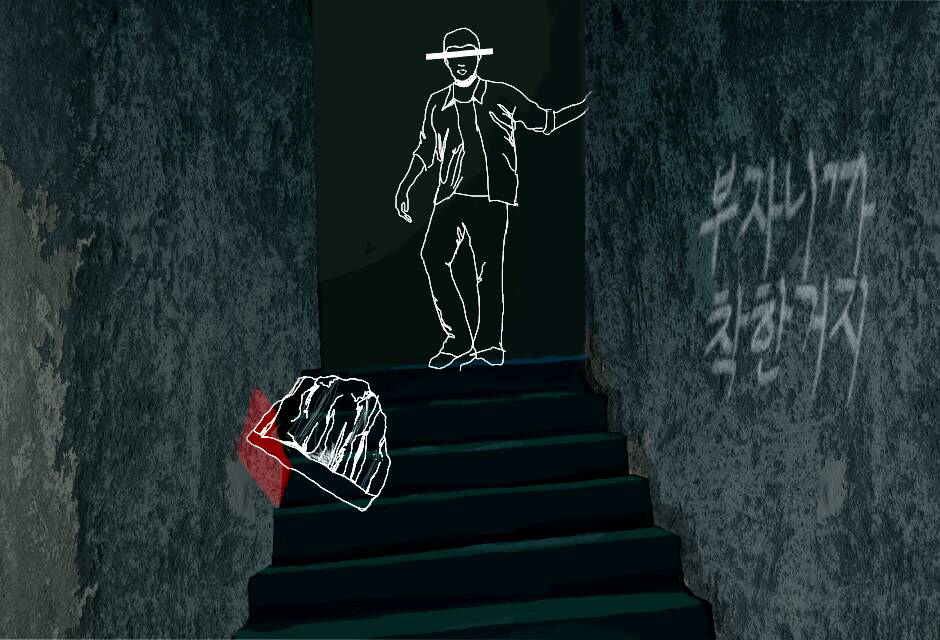 Never once did I think that I would see a Korean movie win Best Picture at the Oscars in my lifetime. To see Bong Joon Ho rise and accept the American film industry’s highest accolade was joyfully dissonant, after feeling invisible in the media for so long. But now that the after-party is over, suddenly my vision cleared, and I’ve started to question this whole affair.

It is particularly odd that I saw so much enthusiasm for “Parasite” in the Columbia community. Of course, it’s a great moment for Asian visibility in the media, which I would hope is a cause that most Columbia students are partial to, if not personally invested in. On the other hand, we are hardly the heroes of the world that “Parasite” asserts we live in.

As Columbia students, we belong to an elite institution, and anyone who has even a vague understanding of the central message of “Parasite” knows that institutional power is hardly the hero of the story. But is there even a hero? The movie refuses to conform to the popular glorification of the lives of the underprivileged, emphasizing the undeniably brutal fight for scraps at the bottom of the social pyramid. Gratuitous blood didn’t make “Parasite” a horror movie; its bleak vision of a world destroyed by collective self-interest did. While Gotham burned in the Joker, a whole world is burning in the subtext of “Parasite.”

The fact that the urgent messages of class delivered by “Parasite” have become increasingly faint in light of endless memes of Joon Ho posing his statuettes to make out is symptomatic of the greater triviality of Asian culture on campus. Beyond our food, music, and fashion, how seriously is our community willing to confront what it truly means to be Asian? Why is the Global Core class on Buddhism seen by some as an easy, fun, and trivial class despite the fact that its influence and importance in East Asia is senior to nearly an entire semester of Contemporary Civilization?

In conjunction with recent acts of hatred toward Asians on our campus due to the outbreak of the COVID-19 coronavirus, it seems blatantly clear that while the sheer number of Asian students here prevents our total suppression, frivolous engagement with what it truly means to be of Asian descent is just another convenient way to ignore what makes us truly human. You like our food and maybe our movies, but do you really get what it’s like to be Asian? Likewise, “Parasite” isn’t meant to be fun. It’s meant to challenge, but we’ve conveniently found a way to lift it up while diluting its difficult themes.

As a Korean-American, this issue is especially visible at a personal level. The country that my parents grew up in is one that most Americans can name a particular boy band from but still cannot find on a map. If my identity can only be understood through commodities and tokens, what does that say about a willingness to engage with a fundamental part of my identity?

In addition, Asians on campus have to be collectively aware of how fragile our identity is. If we are not careful, we will be only externally different from people who try to appropriate and pick only what they perceive as “enjoyable” from our culture while achieving visibility. In admissions materials, Columbia often showcases its diversity. But if we only let the fact that we look different from white people demonstrate this campus’ diversity, we risk losing the more intangible cultural institutions that make us interesting additions to Columbia. Let’s be bold and candid about everything that makes us Asian, and ensure that, like “Parasite,” we convey a message that continually seeks to break through just being a token of representation.

Finally, to those of you who may not be familiar with Asian culture at all, or only first heard of “Parasite” when it won Best Picture, I want to let you know—we have a lot to offer. But I’ll also have you know that my mother’s bibimbap tastes a lot better when you make an honest effort to get to know the human behind that warm smile.

For more Korean horror, witness the author attempting to wake up on a Monday morning. Reach out to philip.jang@columbia.edu if you get lost in K-town. Kimchi Fridge runs on alternate Tuesdays