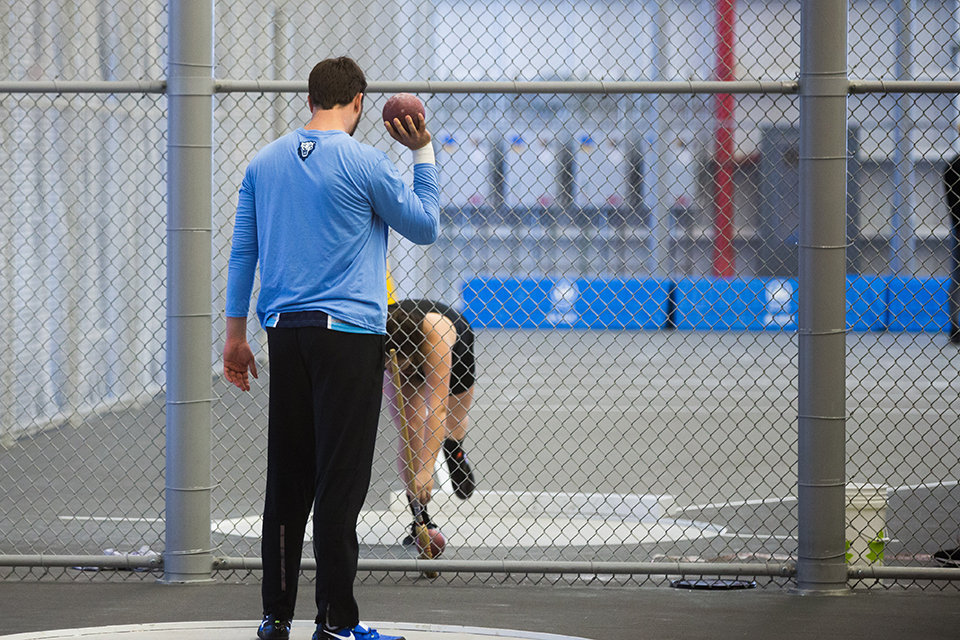 First-year Hunter Hasley is Columbia track and field's only thrower, but has already played an integral role in the team's success this season.

On a typical day, first-year thrower Hunter Hasley travels to the Armory Track uptown on a bus packed tight with his track and field teammates. But when it comes time to practice throws, he heads off to his workouts alone.

Hasley is the sole thrower of track and field’s almost 100-person team. While the rest of his teammates are able to work off each other in their grueling workouts, Hasley must complete throwing exercises on his own.

But that disadvantage doesn’t make Hasley’s role any less vital to the team’s success. If anything, he shoulders a heavier responsibility because of it.

“It rounds out your chances,” assistant coach Simon Cleary said. “Where before literally every point counted, now you have a little bit more leeway … Especially outdoors where there’s four throwing events, that’s four events that we’ve been completely losing points on that we could potentially now start getting a couple.”

Currently, Hasley throws the shot put and discus, but is training to add the weight and hammer throw to his tool belt. At his last meet, Hasley heaved the shot put 13.36 meters to take seventh place, allowing him to score two of Columbia’s 32 total points.

But before the Houston native came to Morningside Heights, he starred at St. John’s High School, where he was a three-sport athlete. Throughout high school, his love for the sport motivated him to focus on the shot put and discus, where he put together a successful high school career. 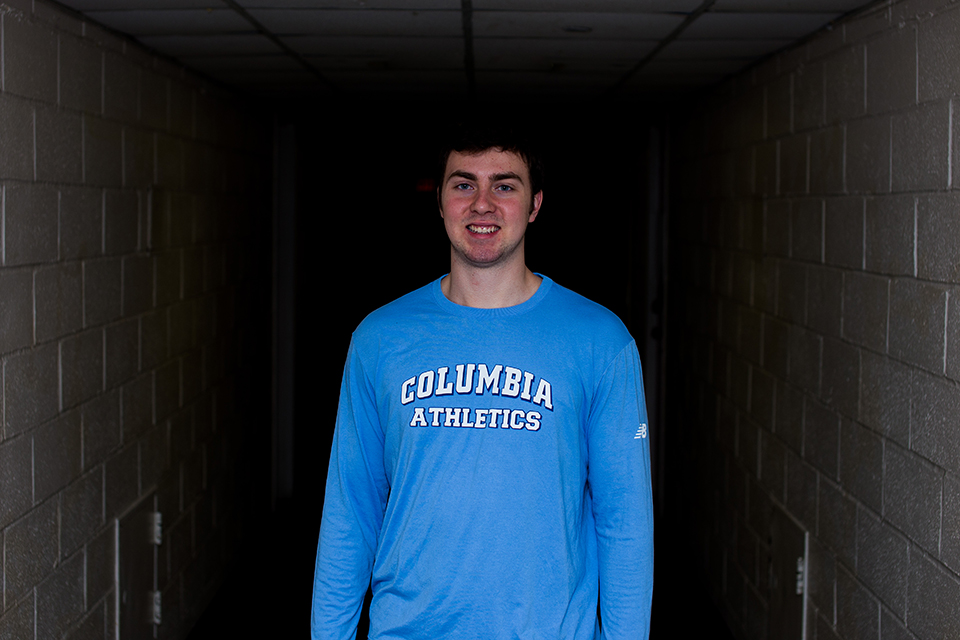 “The good thing about Hunter is he had done it since middle school and he was really into it,” Hasley’s high school coach Richie Mercado said. “A lot of times we’ll get a kid, like a big lineman [say,] ‘oh I want to come out and try it,’ and they don't do well at first and they don't have the patience to stick around.”

Looking to revitalize the throwing program, head coach Dan Ireland worked with then-assistant coach Benjamin Waruch to recruit Hasley to Columbia. After committing to attend Columbia, Hasley became the first male thrower on the team’s roster since the 2014 season.

“It’s just a matter of [Hasley] believing...that hey, I’ve got a commitment to having a full team and you can come here and be the start of that,” Ireland said. “You can be the first guy to turn the corner.”

Excited to aid this process of rebuilding, Hasley understood the challenge of being the first to join the reinvention of a program, and found the difficulties of the task worth it in the long run.

Ireland then deepened the entire program’s commitment to throws by hiring Cleary, a former thrower at Albany, to coach Hasley and to aid the program’s larger efforts to reintegrate throwing into the team atmosphere.

To help Cleary and Hasley, Ireland is hoping to recruit several throwers each season as part of efforts to expand the program, which has only churned out only one Ivy League Champion in the past 60 years.

Since the 1980s and 90s, the track and field program has had a history of strength in distance events. This led toward an emphasis on recruiting distance events, and a lack of emphasis on throws. In 2005, the long-neglected sect of the team was completely lost, and chose instead to rely on walk-ons to fill out the throwing portion of the roster.

But now, with interest in throws growing across the Ivy League, a rejuvenated throws program is partly a matter of keeping up with the Joneses. Multiple NCAA Champions have come from the Ancient Eight in the past several years. Cornell’s Rudy Winkler won the 2016 NCAA Championship in the men’s hammer throw, while Princeton’s Julia Ratcliffe captured the 2016 women’s title in the hammer throw.

“Bringing in a new crowd each year helps the recruiting process as it is, because then you can really show that there’s a commitment to the future of throws here at Columbia,” Cleary said. “And that really helps [with] bringing in new throwers, enticing them to come—not just to the Ivy League, but [to] Columbia specifically.”

In the years to come, track and field will likely no longer be the distance-centric team it has been for several decades. For now, the team will rely on Hasley as the sole thrower in the program, but it will not be long until Hasley uses his skills as a team player to become a mentor for a revived program of young talent.

“I’m excited for him to be a leader to the freshmen coming in next year,” Cleary said. “I think just his own personality and willingness to do what it takes to be good is a really good thing for other kids to see coming in from high school.”