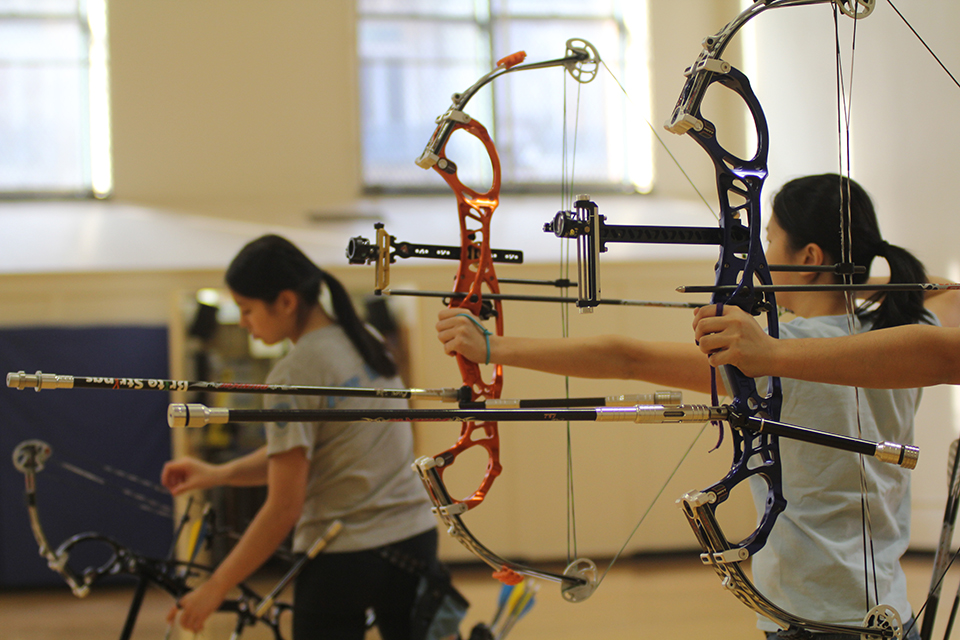 Archery will participate in its second meet of the season when it heads to Connecticut this weekend.

Coming off a dominant season-opening performance at the Eastern Seaboard FITA, archery will travel to Storrs, Connecticut, on Saturday to compete in the Cupid Classic.

Last year, the team swept the field in both the recurve and compound disciplines at the tournament, which is held annually by the UConn Archery Club over Valentine’s Day weekend.

The Lions cruised in their opener last weekend at the Atlantic Cape Archery Club, as seven of the team’s 12 members surpassed the 500-point mark. Highly touted first-years Christine Kim and Sophia Strachan—a 2016 junior world champion—took the top spots in the recurve and compound, respectively.

The Light Blue will look to build early momentum in Storrs after finishing second in the recurve and third in the compound at the National Outdoor Collegiate Championships in 2016. Since Derek Davis took over as the team’s head coach in 2005, the Lions have won three national championships and are consistently one of the nation’s most competitive programs.

Davis, recently awarded the Doc Counsilman Science Award at the annual Archery Coaches Symposium, has championed a high-tech, data-driven approach to training. At practice, Columbia’s archers are filmed with high-speed cameras, and their shot placement on target is mathematically analyzed to help them empirically understand their performance. As the team travels to the UConn Archery Club, the Lions will look to utilize these techniques as they compete against the nation’s elite for another national title.

Competition will begin Saturday at noon.