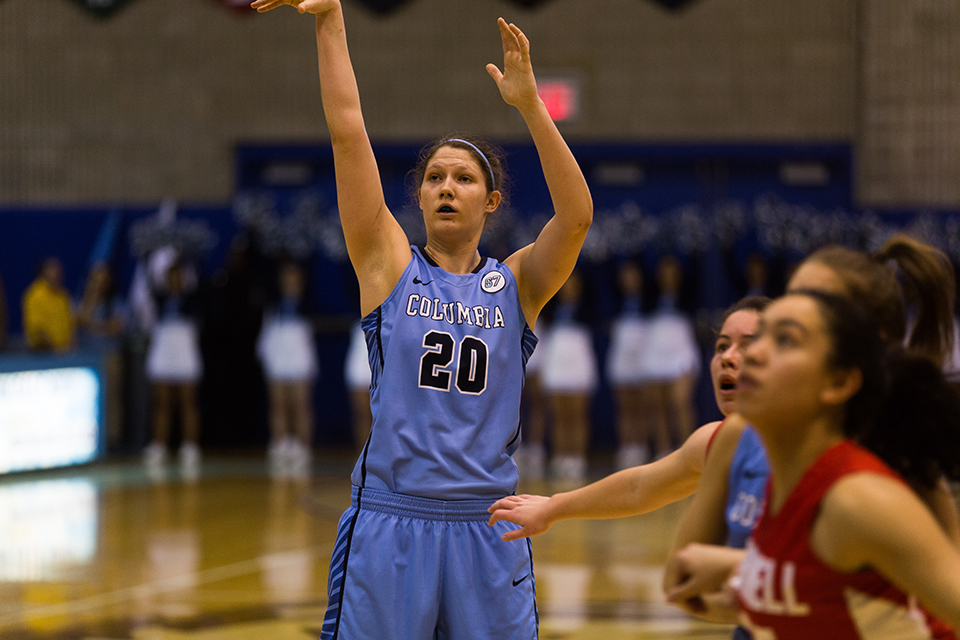 Junior Camille Zimmerman's mid-range jumper has been one of the few constants for women's basketball this year.

The women’s basketball team has fallen short as of late, but a noticeably positive trend during the season has been a single shot type: Camille Zimmerman’s mid-range jumper.

Though underutilized in modern basketball, the mid-range jumper has proven to be the go-to basket for the Light Blue this year. Since the junior has proven herself to be one of few players on the team that can create space for herself, the reliance comes partially out of necessity.

“I’d like to think Camille can play almost everywhere on the floor,” head coach Megan Griffith, CC ’07, said. “If we need to score, let’s put her in the best place on the floor, as well as the rest of the team.”

Zimmerman currently leads the Ivy League in both points per game (22.2), as well as rebounds per game (9.7). Her high point tally comes from an enormous amount of makes—73 to be exact—which is nearly 50 more than those of the next highest Columbia player this season: sophomore Paulina Koerner, with 28 baskets.

Those lofty statistics revolve around the mid-range jumper, which makes up over half of Zimmerman’s attempts. She has taken at least 10 mid-range jumpers in six of the eight Ivy League games that the team has played so far. 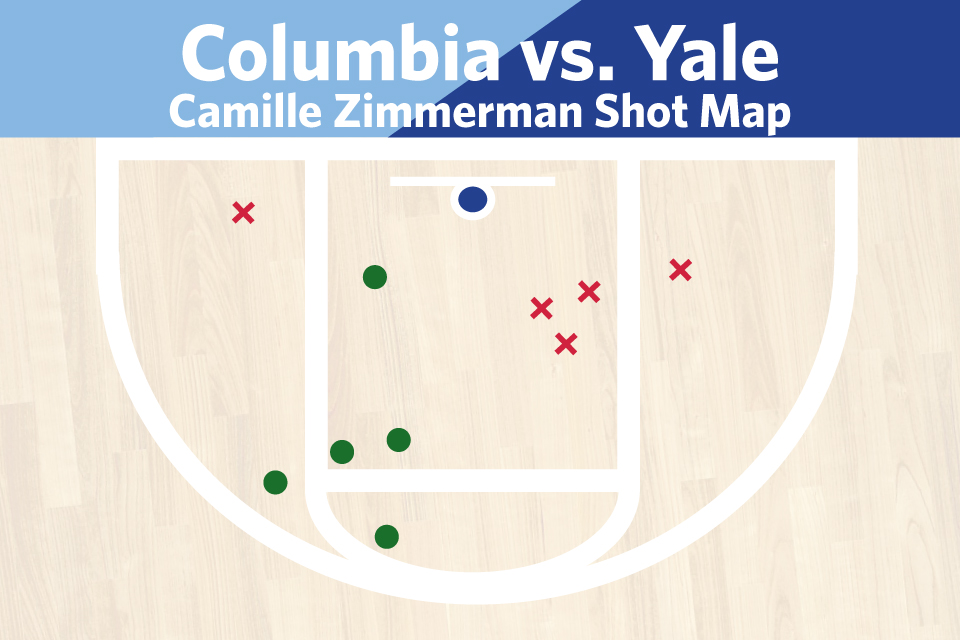 The majority of these jumpers are off-the-dribble, as opposed to catch and shoot, which means the Tempe, Arizona native has to make a move and create the space for herself most of the time before she pulls up.

Of the 182 attempts for Zimmerman this Ivy season, 92 have been mid-range jumpers with 35 of them being makes, giving her a 38 percent chance of making any given jumper.

“She is in a unique place because you don't know who's going to guard her,” Griffith said. “When you put her in that place on the floor, it's really hard to guard.”

Zimmerman has attempted a mid-range shot on the first possession of each of the Light Blue’s eight Ancient Eight battles. Despite making the shot 38 percent of the time overall, she has only been successful twice in her first-possession attempts.

Teams have started to wise up to those shooting habits, resulting in a lower post-halftime percentage from the field. Zimmerman makes a respectable 40.9 percent of these shots in the first two quarters, compared to only 35.4 percent after halftime—even with standout performances in the second half against Penn and Princeton last weekend.

But the latter number could be misleading since more than a third of those baskets have come when the Lions were already down over 10 points in the game. And with the Light Blue down big, she has attempted more jumpers in the latter half of the game, perhaps contributing to the decrease in efficiency as well.

“The mid-range game has to be very precise, or you have to be really athletic,” Griffith said. “The level of athleticism you’re seeing from top to bottom is way more impressive than 10 years ago when I was playing.”

As such a rarity, her mid-range jumper is a cornerstone of the current team strategy and for good reason. Even though Zimmerman might overutilize it, the shot is unguardable when it comes from the hottest hand in the Ivy League and has proven to be crucial when the Lions require a reliable shot—which they will need this weekend against Dartmouth and Harvard.