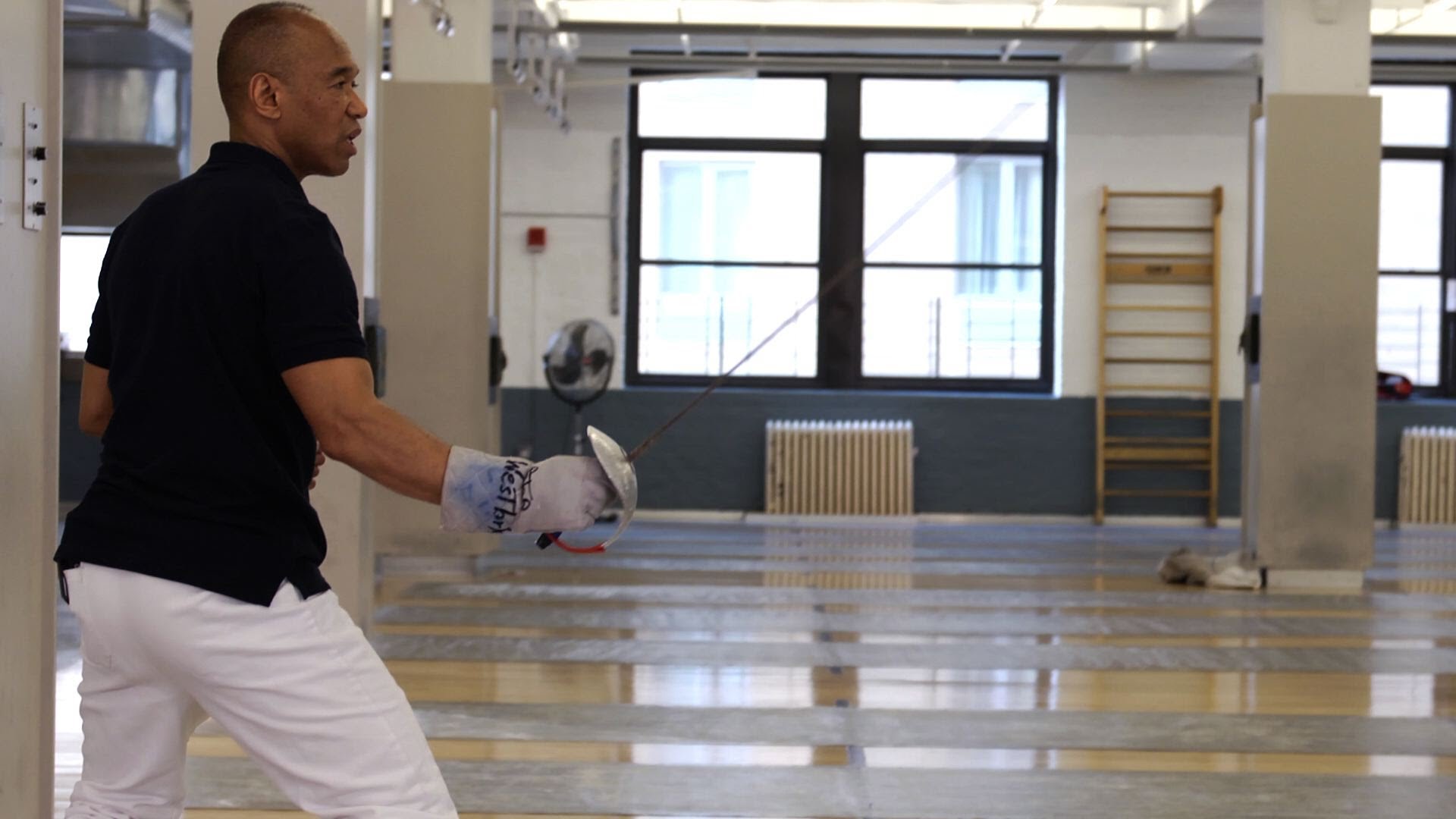 A less apparent contributor to that historic prominence is 1984 Olympic fencing bronze medalist Peter Westbrook, who runs one of the world’s foremost fencing academies just under 100 blocks south of Morningside Heights. The Peter Westbrook Foundation has seen a number of fencers reach greatness for their respective countries on a global scale—and many of them have chosen to fence for the Light Blue.

“New York is one of the hottest, strongest places to fence in the country,” Westbrook, the foundation’s founder and director, said. “You get to fence at these universities and also fence at the private clubs where there’s the hottest training in the country here in New York, so they’re killing two birds with one stone.”

In fact, the existence of a New York City “pipeline”—a buzzword for the relationship between New York fencing clubs and surrounding universities—allows athletes from clubs like PWF to maintain their New York City connections and get a great education at a school like Columbia, which has, for the past two years, lifted the NCAA Championship trophy.

Head coach Michael Aufrichtig, who took over in 2011, knows this game well and maintains a particularly close relationship with the foundation.

“We have a great relationship with all fencing clubs,” Aufrichtig said. “The Peter Westbrook Foundation is in New York and, being in the fencing capital of the world, it’s a great transition for [fencers] to come to the best university with the best fencing program. And it’s just a 25-minute subway ride uptown [from the club to Columbia].”

But the Peter Westbrook Foundation isn’t like most fencing clubs. Although it’s hosted by Fencers Club—one of the oldest fencing organizations in the world—it is a nonoperating foundation that’s been working for 26 years to provide life skills and training for inner city youth through fencing.

The club’s mission isn’t the only factor that makes it stand out: Its popularity and publicity are second to none. After all, not every fencing club can describe three-time Academy Award winner Daniel Day-Lewis as a “friend,” or get the opportunity to be featured in photoshoots for his magazine in England.

As Westbrook himself put it, “[The club has] been on a lot of shows like ‘60 Minutes,’ ‘Real Sports.’ … Oprah even gave us some money.”

While the foundation differs from other clubs in terms of its conception and its popular connections, the club also carries an undeniable sense of success that is rarely seen on the fencing circuit.

Ever since the 2000 Sydney Olympics, at least one PWF athlete has been a member of the U.S. Summer Olympic team. At the Rio de Janeiro Games, Ibtihaj Muhammad—whom Peter says he receives emails about “every single week”—made international headlines as the first American woman to compete in a hijab. Muhammad, who then went on to win a bronze medal in Rio, is coached by Akhnaten Spencer-El, Columbia’s current sabre coach and a PWF alum himself.

Unsurprisingly, Spencer-El—an Olympian who competed at Sydney—is not the only member of Columbia fencing who has a connection to the PWF. Erinn Smart, a 2008 Beijing Olympic silver medalist who graduated from Barnard in 2002, was one of the very first athletes to come under Westbrook's tutelage. Another athlete, Nzingha Prescod, CC ’15, came to the foundation when she was about nine years old and competed at the 2012 and 2016 Olympics.

The pipeline currently lives on through Iman Blow, CC ’19, who also came to the foundation when she was about nine year old and is now one of the best foilists for the Light Blue. Westbrook believes that Blow will join the long list of PWF athletes that wind up competing for the United States at the Olympic games. In fact, he noted that Tokyo 2020 remains a viable possibility.

“I don’t like to put extra pressure on the kids,” Westbrook said. “You know, just in case they don’t make it, but [Blow’s] like, ‘Hey no pressure for me, I will make that 2020 Olympic team!’”

And while the transition to NCAA competition may seem daunting for some Columbia student-athletes, growing up in and being fostered by the PWF community certainly provides connections that facilitate the process.

“A lot of the Olympic fencers that Columbia has produced ... I know them,” Blow said. “With the Peter Westbrook Foundation, almost all the girls I grew up following and learning from went to Columbia.”

Smart, Prescod, and Blow all compete in the women’s foil category—which was once, and for some still is, the staple of Columbia fencing. For all three women, who had their careers shaped by PWF, giving back to the foundation remains a priority. On Saturday mornings, they volunteer to help run the Saturday Fencing Program, which is regarded as the “pillar of the Peter Westbrook Foundation.”

“I wouldn’t have even started fencing without the foundation. I mean, there was no way I would have been introduced to the sport,” Smart said. “It was great to work under one of the best fencers in U.S. history.”