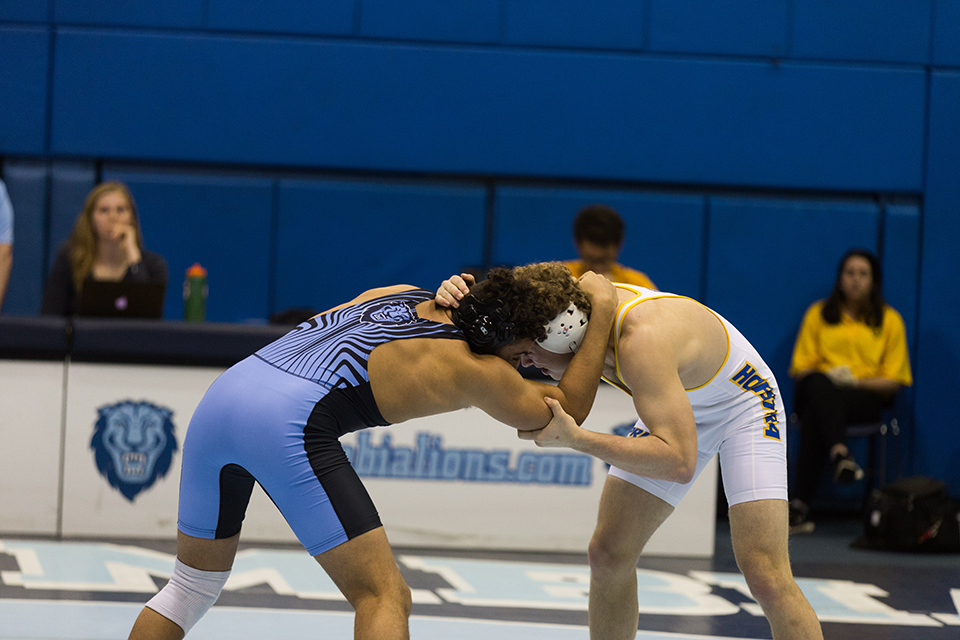 After the losses from both junior wrestlers, wrestling's season has ended.

Wrestling’s season ended this weekend after its two qualifiers failed to earn all-American status at the NCAA Championships in St. Louis.

Juniors Garrett Ryan and Tyrel White qualified with impressive performances at the EIWA Championships, but could not keep the momentum going at the NCAAs, falling in the second and first round, respectively.

White lost in his first match of the tournament, sending him to the 165-pound consolation bracket. He would go on to fall to Brooks Martino of Penn, a competitor who had beaten him two weeks earlier at the conference championships, ending his tournament after the first day.

Ryan won his first-round match in the overtime period, setting up a matchup with defending champion Kyle Snyder of Ohio State. Ryan would lose 22-7 to the Olympic gold medalist, leading to a match on day two in the consolation bracket. After earning a quick takedown in the first period, he would go on to give up a takedown of his own as well as near-fall points to lose 10-3 to Oklahoma’s Ross Larson.

“I’m disappointed for them—these guys trained really hard, and they’re disappointed in themselves,” head coach Zach Tanelli said. “I’m proud of how they competed, but they didn’t accomplish the goals that they set out for this year.”

While Tanelli was disappointed that Ryan and White did not achieve all-American status, he is excited for them to come back and continue to lead the team next season as seniors.