Past and present collide for coach and diver at NCAAs

Past and present collide for coach and diver at NCAAs 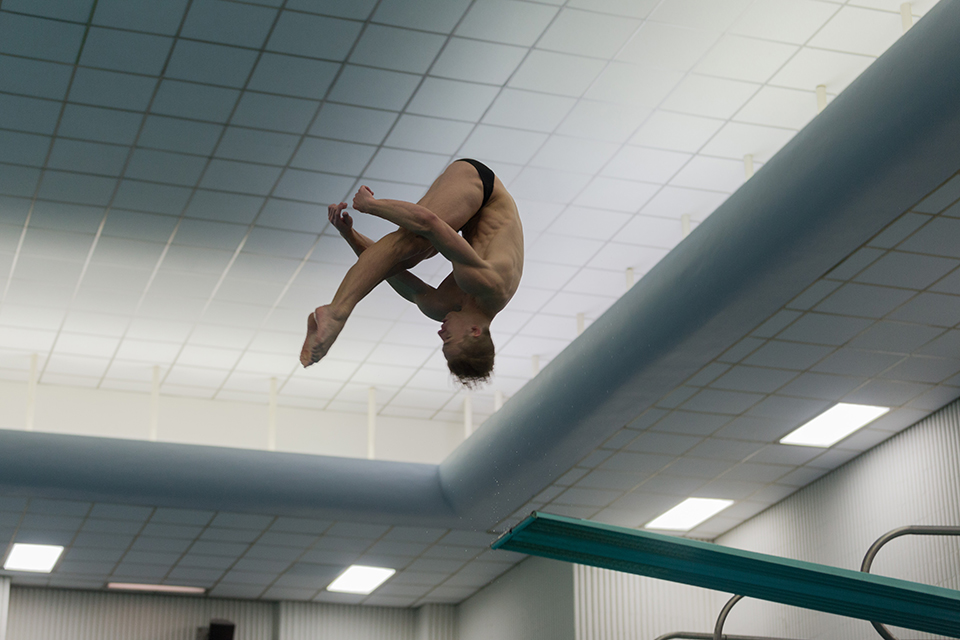 But he’s not referring to Uris Pool, the home of Columbia swimming and diving. He’s talking about a pool over 700 miles away from New York City: the Indiana University Natatorium, where he succeeded at the highest levels of diving.

This weekend he returns to the IU Natatorium, but in a vastly different role—as a coach rather than a competitor.

“It’s the same pool where I’ve had a lot of success, so I have nothing but good mojo and good vibes with it,” Donie said. “I feel very excited about this trip to NCAAs.”

Donie won the NCAA Division I Championship in both the 3-meter springboard and 10-meter platform at the Indianapolis pool in 1990. Later, he also qualified for the 1992 and 1996 Summer Olympics in the same pool, and this year, he’ll take junior diver Jayden Pantel to compete in that very pool in the same events.

Though this will be the first time Pantel travels to the pool, he is no stranger to this level of competition. This weekend, Pantel will make his third appearance at an NCAA Division I Men’s Swimming and Diving championship. Earlier this month, he qualified for the competition by placing fourth and seventh at the NCAA Division I Zone A Diving Regional Championships in the 3-meter springboard and 10-meter platform, respectively. Already named the Ivy League Diver of the Year, Pantel appears primed to expand on those performances.

And with Donie as his coach, Pantel has a seasoned guide—especially in the 10-meter dive, which is not a staple of Ivy competition. 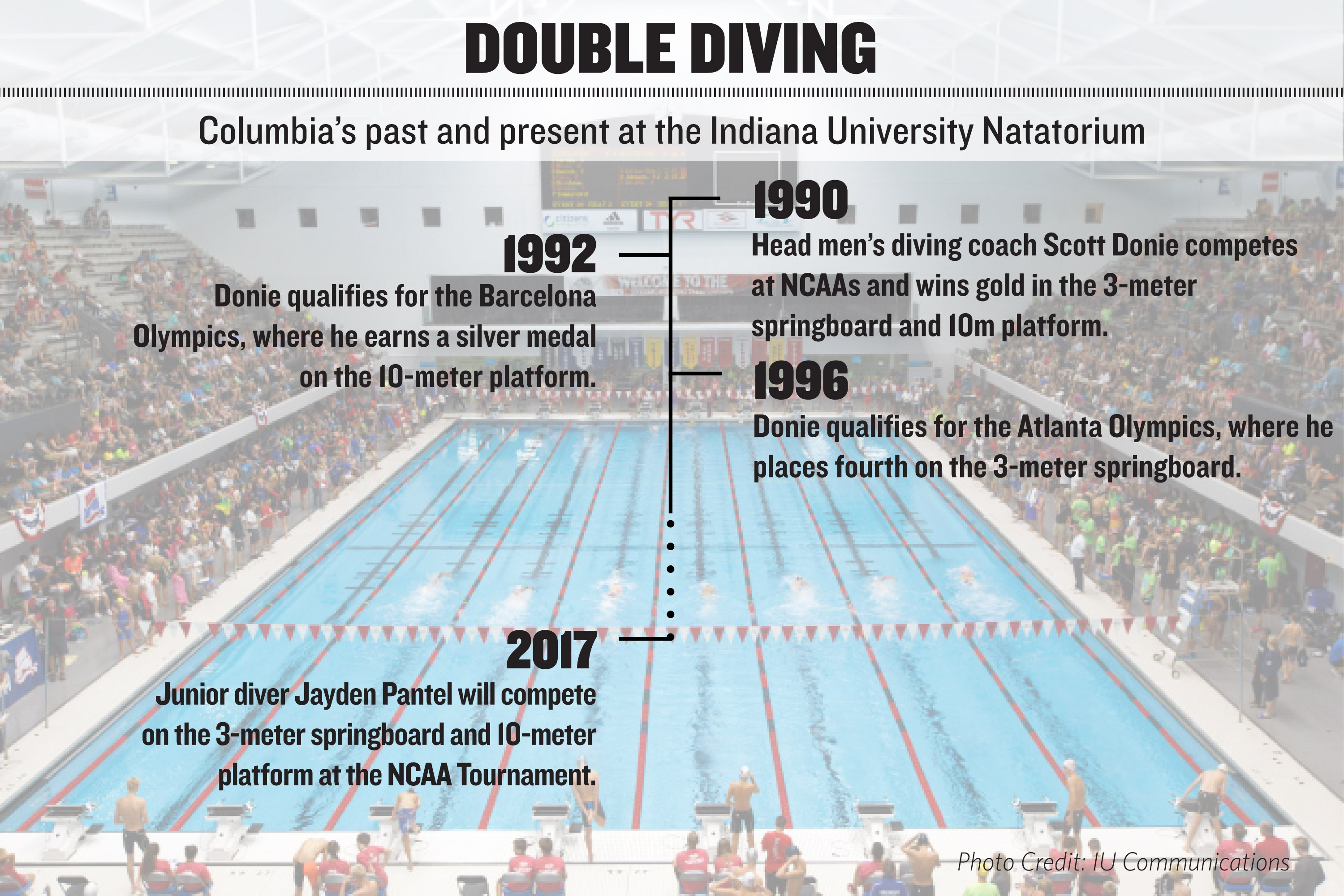 In 1992, Donie returned to the site of his NCAA success and took first place to qualify as an American athlete in the Barcelona Summer Olympics. The summer of that year marked the highlight of Donie’s career, when he won a silver medal in the 10-meter platform event in Barcelona. And he returned to the world stage once more at the Atlanta Summer Olympics in 1996, where he placed fourth in the 3-meter springboard—again after having qualified in the Indianapolis pool.

Donie will now apply that experience as a coach, replacing former head coach Gordon Spencer, who mentored Pantel for his first two seasons.

“Gordon has a very unique style of coaching and I think that Scott was able to fit into that really positive attitude that Gordon offered,” Pantel said. “That, coupled with Scott’s knowledge of the sport of diving and his years of experience in the sport of diving, as well as his years of experience with coaching, have really come through in the advice and the coaching that he has been able to give.”

Many Division I coaches spend years trying to train an NCAA championship competitor, and it’s not often that a coach makes the event in his first year—or even at all. That’s something that Spencer, who coached at Columbia for 33 years, knows all too well from his experience with Pantel last season.

“I just felt really proud to be there with a diver,” Spencer said. “It’s everything to have brought someone that far, to the top of the college swimming and diving realm.”

Following Spencer’s departure, Donie and Pantel met during the summer of 2016 while watching the Olympic Games, and their combined attention to detail led to a quick camaraderie.

When the season began in earnest, this dynamic duo put together a series of dives that Pantel perfected over the course of the season: Pantel swept the Ivy League Championships in both the 1-meter and 3-meter springboard, was named Ivy League Diver of the Year, and set a 3-meter record for Columbia.

At the beginning of the 2016-17 season, Pantel and Donie discussed how they wanted to attack training for the 10-meter platform, and Pantel will utilize this training when he travels to Indianapolis this weekend.

“Coming into a bigger competition like NCAAs, Scott has a lot of experience at that level and I’m really excited to tap into some of that experience and be along for the ride with him,” Pantel said.

Pantel will compete in his first event, the 3-meter springboard, on Friday and will wrap up competition with the 10-meter platform on Sunday in Indianapolis.