Fencing falls short of three in a row at NCAA Championships

Fencing falls short of three in a row at NCAA Championships 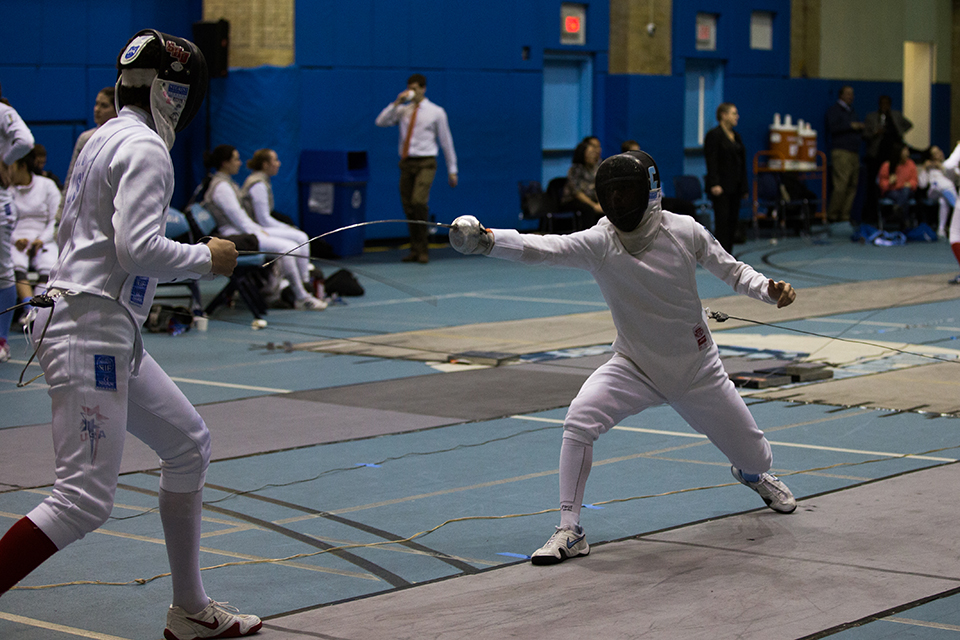 Heading into their last meet of the season, the Light Blue’s men’s and women’s squads were ranked No. 2 in the CollegeFencing360 poll, and the team qualified the maximum of 12 fencers to compete in the NCAA finals. However, the sheer strength of Notre Dame, coupled with a few close losses, cost the Light Blue the chance at making it three in a row.

The men started off the tournament on Thursday as men’s foil—represented by Nolen Scruggs and Sam Moelis—captured a combined 33 wins. Scruggs, a sophomore fencing in his first NCAA championship, would go on to finish second in his weapon.

However, men’s epee and men’s sabre proved to have tougher obstacles to overcome, with the squads gaining 23 and 21 wins, respectively. Head Coach Michael Aufrichtig noted that many bouts happened to be lost by just a few touches.

“A few touches here and a few touches there and it would have changed the day,” Aufrichtig said. “But Nolen finished second, and he beat the NCAA champion from last year and then was going against Andras Nemeth from St. John’s and fell a little bit short. It was a really good [tournament] for both Nolen and Sam.”

With the start of the women’s competition on Saturday, the women’s foil squad went on to capture a combined 40 wins, with just six losses. Senior Margaret Lu, who won the NCAA Northeast Regionals in women’s foil, would eventually go on to capture a bronze medal in the category. But relatively strong starts by the women’s epee and women’s sabre squads would be upended by close losses the next day.

“Women’s sabre [and epee] had some really strong wins against some strong opponents, but they just fell a little bit short,” Aufrichtig said. “A point here, a point there, and it took a toll on the team’s score.”

Ultimately, Aufrichtig noted that the team’s third-place finish was a symbol of the good results that fencing has shown during the season.

“It’s a very, very strong accomplishment for any team to place in the top four of the NCAA Championships, so it’s great,” Aufrichtig said. “It was a strong performance, but the fencers themselves, and of course the whole team, had hoped for more. Notre Dame, they had their day, but we’re going to regroup and get ready for next year.”