Inside the bubble: The Bubble at Baker’s immediate and future impact

Inside the bubble: The Bubble at Baker’s immediate and future impact 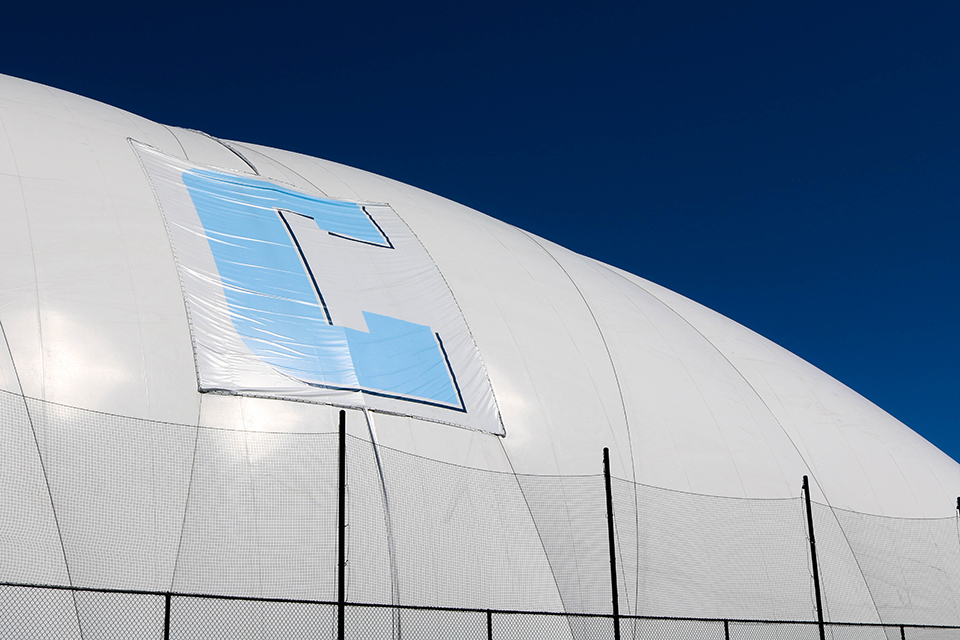 Finished in February, the project with a price tag of around $10 million has benefitted all of Columbia's field sports, not least of which has been baseball.

With 31 varsity teams to accommodate in one of the densest cities in the country, Columbia Athletics has the unique challenge of finding proper facilities for all of its sports teams. But with the opening of an inflatable bubble over the Rocco B. Commisso Soccer Stadium in February, Columbia has a new solution that has reaped benefits across all programs, including baseball and its recruitment process.

The bubble at Baker, which covers the stadium during the winter months, provides athletes with 92,826 square feet of uninterrupted field space for all-year round use. Though the project cost a lofty $10 million, a conventional building could have cost 10 times as much, according to a sales representative from Arizona Building Systems, the company behind the bubble’s construction.

In the past, Columbia—like many schools in the Northeast—has had to accommodate its student-athletes during the winter months in indoor spaces, such as Dodge Fitness Center and Levien Gymnasium, that often fail to adequately simulate the outdoor playing experience.

For sports like baseball, which begins its season with the first spring melt, having practice space for the winter months is crucial. While hitting can be practiced indoors with batting cages, accurately mimicking fielding is almost impossible. Players cannot run through realistic plays or practice fielding ground balls indoors, as wood floors create ball bounces that are unlike those on the diamond.

“For us not to be indoors in the Blue Gym or Levien Gym is a huge, huge plus,” baseball head coach Brett Boretti said. “Just sort of [for] the psyche of our guys.” 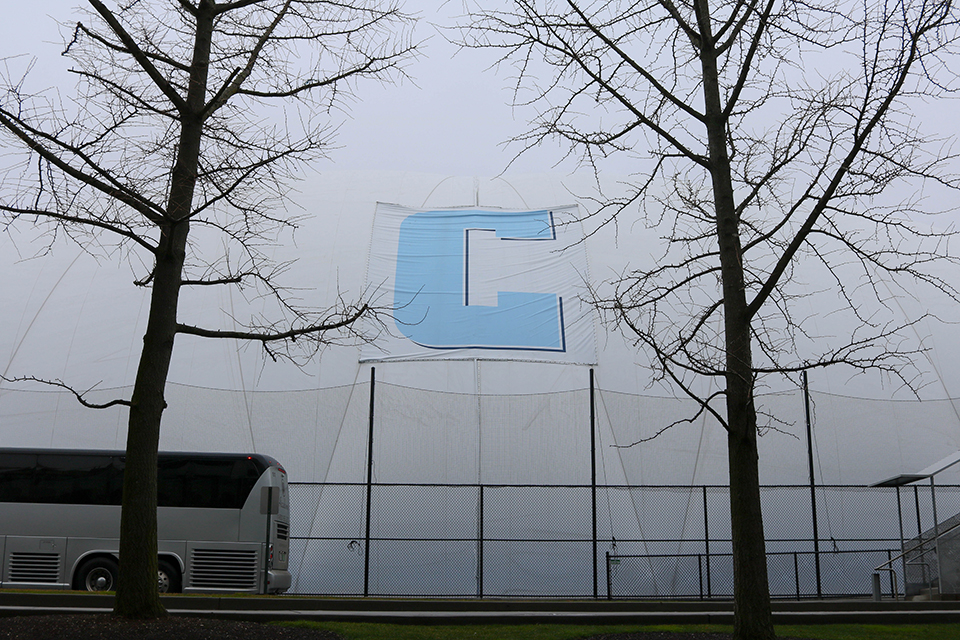 So far this season, the Lions have been able to put the bubble to good use. The turf field gives baseball a particular boost relative to the winter practice set-up beforehand, as the team competes on the all-turf Robertson Field at home. Excluding softball, each of the other field sports also have turf fields and will benefit from the more game-like off-season practice.

“People have a 100-plus yard field that people can practice whatever sport in—whether you’re talking about softball, baseball, lacrosse, football,” football head coach Al Bagnoli said. “They can do it without having to worry about cold, wind, rain, sleet, snow, any of those elements. It gives you another three, four months of player development.”

Yet, the bubble is only a part of Columbia’s already significant commitment to baseball and other sports facilities. In 2012, the Campbell Sports Center opened uptown at the Baker Athletics Complex as a multipurpose space for teams to gather and study, as well as an additional weightlifting and strength training space away from Dodge. It was the first athletic building since Dodge to be opened at the University, marking a significant turning point in the Columbia’s relationship with its athletics.

“Campbell Center is unbelievable when you compare what we have to some of the other guys in the league here. I think kids are seeing that, recruits are seeing that,” Boretti said. “The school is making a commitment to athletics.”

But before the bubble was inflated, the question of where teams were to practice during the inclement winter months remained.

Columbia is not the only Ivy League school to find a way to accommodate for the cold winters of the Northeast: Penn and Harvard have had similar inflatable bubbles in use for multiple years, Yale and Cornell already have permanent indoor field space, and Dartmouth is in the process of constructing an indoor practice facility for field sports. While Brown and Princeton do not have indoor fields, their extensive supply of indoor gym space has proved sufficient.

The Columbia baseball staff believes that the bubble demonstrates the University’s commitment to providing the best facilities for their athletes.

“We’ve basically checked all our boxes,” Boretti said. “I don’t know what else there is to do from a facility standpoint to get it to the top of the league.”

Even before it was officially inflated, the bubble left a positive impression on future recruits.

Incoming baseball recruit Jack Chernow recalled how on his tour of Columbia last year, Boretti described how lucky the team would be to have a place to practice all winter.

“Knowing that commitment to the athletics is phenomenal,” Chernow said. “It makes me that much more happy to come to Columbia.”