Devon Towell’s race to the top of the Ivy League

Devon Towell’s race to the top of the Ivy League 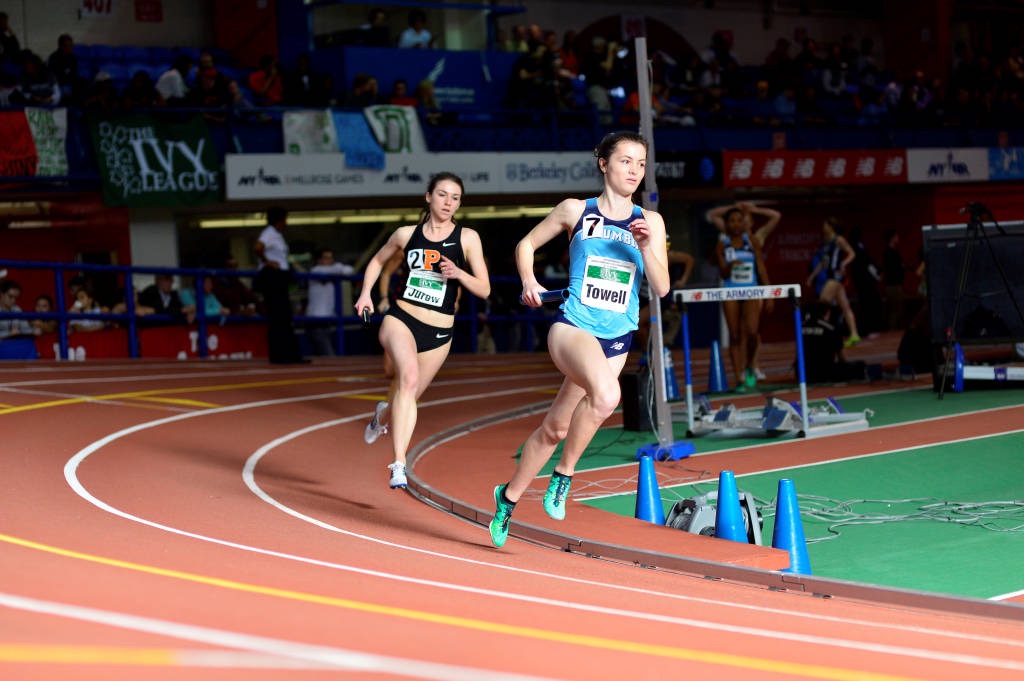 When Devon Towell first came to Columbia in 2013, she was her high school’s record holder in the 800-meter run and a two-time outdoor Pennsylvania state medalist—in short, she had met nothing but success in her high school running career. But as a first-year at Columbia, Towell struggled with the higher intensity of Ivy League track.

“I might have been the worst on the team, honestly,” Towell said, recounting a cross country meet in which she and fellow senior Henna Rustami were the only two members of the Columbia team to run in the second-tier “B” race.

But this weekend, Towell—now a senior—will head to the Penn Relays in Philadelphia in an attempt to break the Ivy League record in the 4x800 meter relay.

The West Chester, Pennsylvania native has come a long way since her first season on the Light Blue’s track and field team. Towell said she felt “she could do everything” when she first came to Columbia, meaning she took on a six-class course load during the spring semester of her first year. But the tough academic schedule, paired with recurring injuries that kept her from training and racing consistently, meant that her running career suffered.

In an early competition of her first indoor track season, Towell posted a time of

Yet over the years, personalized training devised by head coach Dan Ireland, including a plan with lighter weekly training mileage than that of some of her teammates, allowed Towell to get back on track.

“I started dating him when I wasn’t very good, so the last two years I’ve just tried to emulate his approach in everything,” Towell said.

These methods have seen results. Finally free of injuries, Towell ran a 2:10 personal record at the ECAC Outdoor Championships last year, then ran the anchor leg at the Penn Relays in the sprint medley relay, where the team placed eighth.

This year, at the indoor Ivy League Championships, she was second in the 1,000-meter run, losing only to teammate junior Sarah Hardie by milliseconds. It was Towell’s first-ever Ivy Championship race, and her time of 2:49.49 is the second fastest in Columbia history.

“She’s found her footing,” Towell’s teammate, senior Brittney Wade, said. “Now that we’re seniors, the ground is a lot more sure, and as a result, she’s able to see her hard work pay off.”

With the start of this year’s outdoor season, Towell has transitioned to a new event, the 1,500-meter run. Despite having reached a peak in form over the winter, however, she did face early struggles when she competed for the first time in the event at the Colonial Relays at William & Mary in late March.

“It went horribly. She was so stressed out,” Ireland said.

With two years of coaching her under his belt, however, Ireland foresaw this result and used the meet mainly as a chance to dispel any nerves before the subsequent weekend’s meet at the University of Virginia, a more significant competition.

The strategy worked. At the Virginia meet, Towell placed third with 4:27—a personal best by six seconds that gives her a strong chance to qualify for NCAA Regional Championships with a top-48 time.

In addition to qualifying, Towell has also set her sights on scoring in the 800-meter run at the Ivy Championships, which she has never done before.

The senior will also, for the first time, be a part of the relay team hoping to chase the Ivy League record in the 4x800 relay at the upcoming Penn Relays. Columbia currently has the third-fastest time in the League’s history, set in 2015 in part by Wade and Hardie.

Ireland said Towell’s progress serves as an inspiration to younger members of the team having difficulty adjusting to the high intensity of Division I track.

“Some freshmen get really discouraged when they’re not having good years,” Ireland said. “Now I can say, ‘See Devon? You’re way better than she was as a freshman, and look at what she’s done.’”