Sophomore is the new senior for Columbia football

Sophomore is the new senior for Columbia football 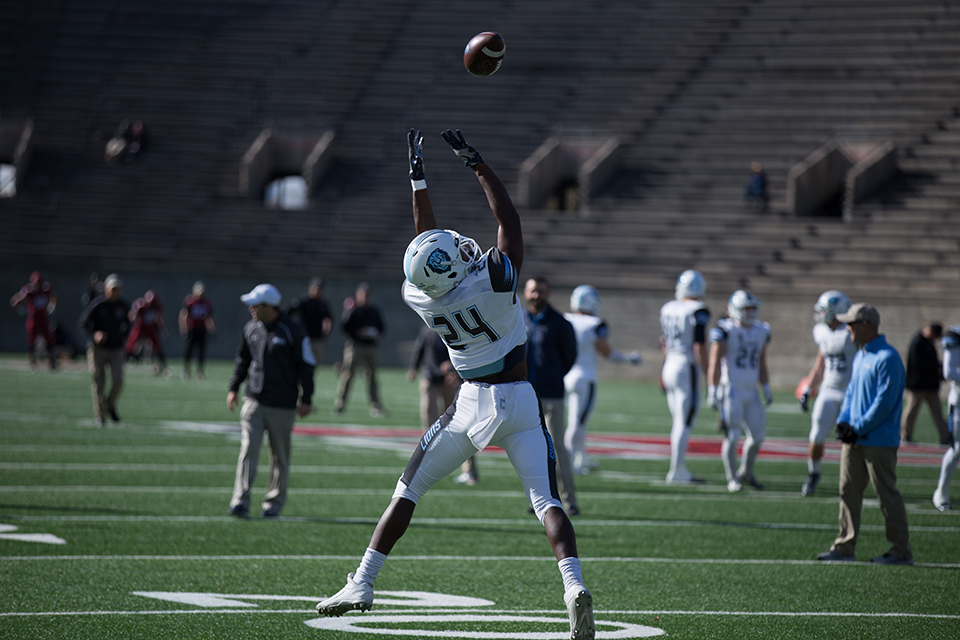 Of Columbia's 22 starters, nine sophomores will start for the Lions as they open their season against Wagner this Saturday.

On most collegiate teams, first-years never leave the practice squad, and they certainly do not find themselves in the starting lineup. However, that did not stop head coach Al Bagnoli and special teams coordinator and linebackers coach Justin Stovall from suiting up their youngest players—athletes only months out of high school—and sending them into the line of fire just a season ago.

In the early moments of the 2016 season, the Lions struggled to convert red-zone opportunities into touchdowns and were forced to rely heavily on then-first year kicker Oren Milstein to put points on the board.

While Milstein’s contributions were felt throughout the year, it took more than half of the season for the rest of the sophomores to follow suit. It wasn’t until the last four games of the season that the Lions’ offense finally started capitalizing on those opportunities, totaling 40 points against Cornell and steamrolling Brown 31-13. In those games, sophomore wide receivers Josh Wainwright and Ronald Smith II starred for the Lions, as they led the team in receptions in each contest.

This year, senior quarterback Anders Hill expressed renewed confidence in his sophomore-led offense for the upcoming season, knowing that the sophomores could only get better as he reflected on spring football and summer camp.

“We [Wainwright, Smith II, and I] got a lot of throwing time over the summer,” Hill said. “Throwing routes, building up that timing, building up that chemistry … we have a little bit of a battle-hardened relationship, and I think we’re going to carry it over into this year and do well.”

As Hill’s primary targets from last season, Wainwright and Smith II are looking to put a significant number of points on the board this season and hoping to mature within offensive coordinator Mark Fabish’s offensive system.

“We had to grow up quickly last year,” Smith II stated. “That is definitely going to help us this year. Even though we’re coming in as sophomores, we might have the experience of juniors or seniors, compared to other schools in the Ivy League.”

The move from high school football to a collegiate program is not always smooth, as the current sophomores relied on more experienced upperclassmen to explain the nuances and speed associated with college ball.

“Most of the learning I did was in the film room, watching the guys like Christian, the guys that were ahead of us, getting their time. And now it’s my time,” Murphy said.

Stovall discussed the impact of the recent graduates on the current sophomore linebackers, noting that the departed starters provided a solid foundation for a largely inexperienced first-year linebacking corps. As the sophomores returned to practice this year, the third-year assistant was pleased with their rapid development on and off the field.

As Stovall noted, an often-forgotten facet of the game––special teams––will also depend heavily on the proven Milstein.

Last season, as a first-year, the Boca Raton, Florida native was a unanimous first-team All-Ivy selection who led the Ivy League with 12 field goals made in 13 attempts.

“Not only do we have a great player in Oren, but we have a great leader and a great young man,” Stovall explained. “In any situation he’s ready to roll in and execute. It’s exciting to have a guy for three more seasons who can do that and finish drives for you.”

Upon reflection on 2016 and discussion of the upcoming season, the Lions’ sophomores are hungry for improvement. As Murphy prepares to start at linebacker alongside his teammates against Wagner this weekend, he is eager to step out into the line of fire once again.