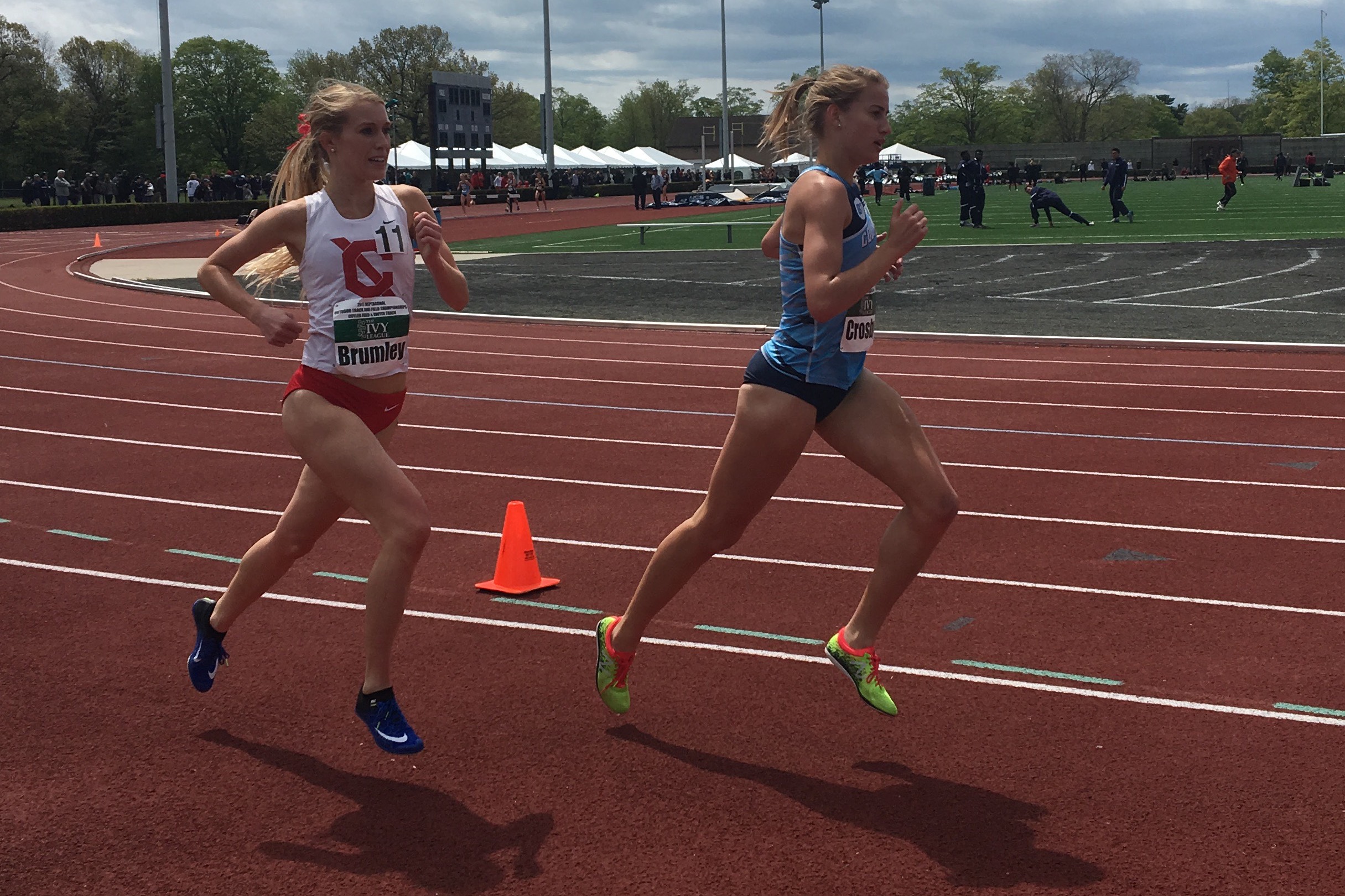 Senior Nell Crosby has competed for three different teams in her Columbia career.

As a first-year lacrosse player at Columbia, now-senior Nell Crosby used to look on wistfully as the women’s cross country team raced across campus.

That admiration for the runners led Crosby to contact cross country head coach Dan Ireland in August 2015 to inquire about joining the team. Fast forward three years, and Crosby has become Columbia’s most dominant cross country and track runner.

Crosby’s immense success as a runner, which includes her participation in the 2017 NCAA 3K Steeplechase Championships and a second-team All-American selection, has since led other universities to recruit her for a fourth year of cross country and track eligibility.

After a successful high school career at Cheyenne Mountain High School in Colorado, Crosby impressed during the lacrosse spring season in her first year at Columbia. She started in 10 games and recorded two goals, 20 ground balls, and five caused turnovers.

During the summer before her sophomore year, however, there was a shakeup in the lacrosse coaching staff, and Crosby saw an opportunity to expand her athletic horizons. While the old coach was firmly against having two-sport athletes, the new head coach, Andrea Cofrin, had no such restrictions.

Despite Crosby’s enthusiasm for the sport, she still needed to undertake considerable preparation to compete at the Division I level. She had raced cross country in high school, but only posted mediocre times and was not viable for Division I recruitment. Crosby began pushing her body to the limits in order to prepare for cross country and being a dual-sport athlete.

“I didn’t take off days. I would run eight miles on my off days,” Crosby said. “And my body was so broken down. But, it’s what I had to do to stay happy and sane. It was the most mentally freeing thing.”

Crosby first emailed Ireland to express her interest in running in August 2015. At first, Ireland was skeptical of her running abilities, but her positive attitude and toughness caught his attention. Despite her weak high school running times, Ireland allowed her the chance to walk on.

“I don’t have a reason to not let her come out, and I’m basically just too nice,” Ireland said. “But we liked her, there was something about her. I just liked her attitude, her spunk.”

Crosby first ran for cross country at a collegiate level during the fall of her sophomore year. During the transition back to lacrosse in the spring, she discovered that running, rather than lacrosse, was her true passion.

“The transition out of running to lacrosse was the hardest, most physically and mentally challenging thing I think I’ve ever done,” Crosby said. “It was stepping away from something that I loved so much, I loved every single day. And, I was going back to something that I liked, but it was just not the same.”

That passion ultimately won out, as Crosby decided not to return to lacrosse during the spring of her junior year. The lacrosse coach and her teammates were very supportive of her decision, and advocated for her happiness above all else.

Last winter, Crosby also joined the track team and got involved in the 3k steeplechase, an obstacle race involving barriers and water jumps. The coaches, seeing her physical build and knowing her contact sport background, encouraged her to participate in this event.

“She’s a really tough girl and that’s what it takes in the steeple,” Ireland said. “We just thought pressing her into the 5k would be too long and we weren’t sure she was fast enough for a mile, so 3k steeple was a good fit.”

Ireland’s gamble with Crosby in steeplechase paid off. Despite the concerns between she and her coaches that she would fall over the water barriers, she broke the school record with her time of 10:02.02 at the NCAA East Preliminary last May and was named to the 2017 All-Ivy League team for the 3k steeplechase and 2017 Second-Team All-American for the 3k steeplechase.

Although she sits in rare company, Crosby is not the only athlete to have joined the track and field team after playing a team sport at Columbia. Current senior Caitlin Cole left the volleyball team during her sophomore year and joined the track and field team as a jumper. Crosby and Cole experienced similar transitions because they were both required to learn an entirely new physical skill set and to establish different muscle memory.

“There was definitely a noticeable transition time where I was just bad for a while,” Cole recalled. “It got a little better by the end of the season. A technical sport like that, I had to start over essentially.”

This fall, Crosby will seek to continue her success as cross country’s premier runner. Most recently, on Oct. 13th at the Wisconsin Invitational, she led Columbia to a 12th-place finish with her individual 35th place finish and time of 20:28.9 on the 6k course.

Crosby and coach Ireland have big goals for the cross country team this year: getting to Nationals and improving last year’s eighth-place finish at the Ivy League Heptagonal Championships to first place. According to Ireland, Crosby is the “top returning distance runner in the league” and puts Columbia in position to win the title.

Given that Crosby doesn’t have the same amount of experience as the other runners on the course, she approaches the sport with a unique mindset that Ireland says has enabled her success.

“I think that’s a little bit of a chip on her shoulder, she feels like she’s behind,” Ireland said. “The good part is, she doesn’t know any better. She just lines up and goes and runs.”