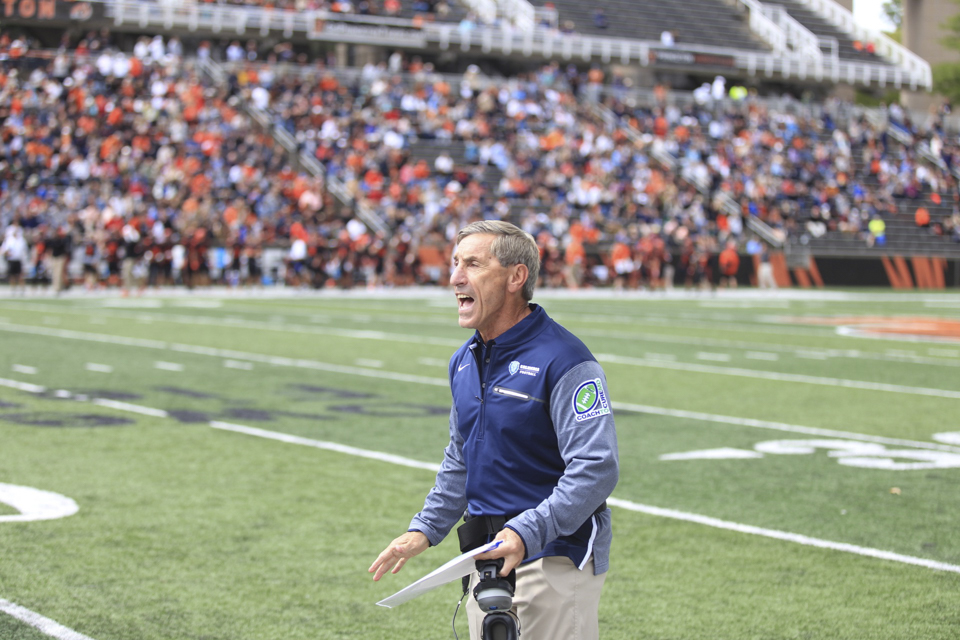 Head coach Al Bagnoli was named Ivy League Coach of the Year after leading the Lions to a second-place finish in the Ivy League.

The announcement comes in the wake of the Light Blue’s most successful season since 1996, capped off by a season-ending 24-6 victory over Brown. The Lions finished at 8-2 overall and 5-2 in the Ancient Eight, just one game behind Ivy champion Yale.

Bagnoli, who won nine Ivy League titles in 22 years at Penn, was hired in 2015 by Director of Intercollegiate Athletics and Physical Education Peter Pilling to help turn around a program coming off two straight winless seasons.

While Pilling cited Bagnoli’s extensive knowledge of the Ivy League as the logic behind his hiring, Bagnoli’s rebuilding process took a few years to come to fruition. In his first two seasons at the helm of Columbia, the Lions won just five total games, but this season everything came together for the Light Blue.

Bagnoli helped the team to a 6-0 start, behind a potent offense led by senior quarterback Anders Hill. During this spell, Columbia defeated Princeton, Penn and Dartmouth—a feat it has not achieved in a single season since 1971.

Pilling noted that the honors would help build a foundation for the football program as it will continue competing for an Ivy League Championship, and eventually winning one outright.

“It’s tremendously well deserved for coach Bagnoli and those individual student athletes that were honored today,” Pilling said. “It’s a remarkable story in terms of Ivy League football and what he has accomplished in the short time he has been here.”