Men’s basketball falls short to Army, looks ahead to Colgate

Men’s basketball falls short to Army, looks ahead to Colgate 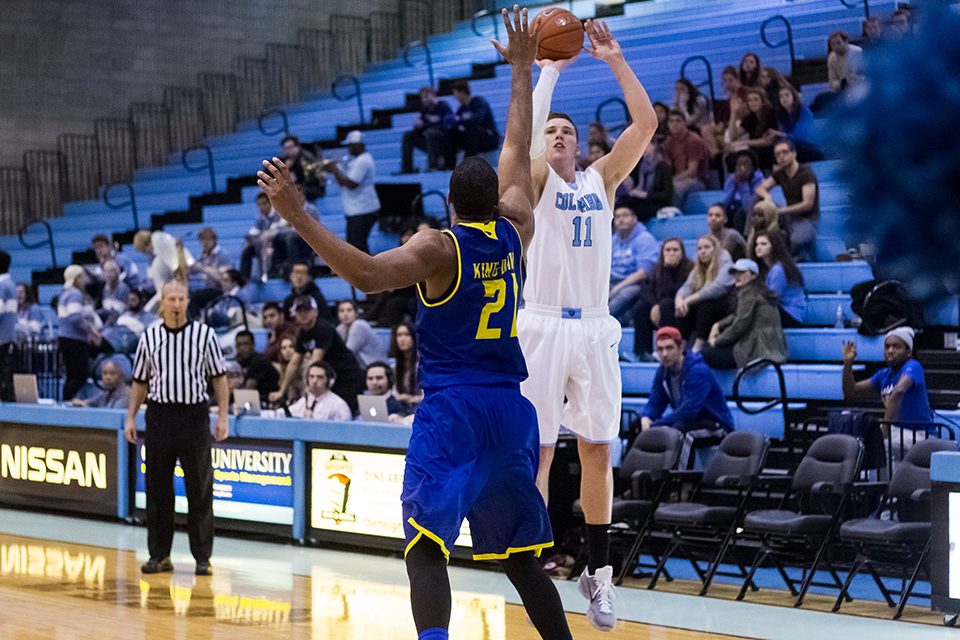 Men’s basketball could not keep up with Army on Tuesday night, losing 88-78 for its third loss in the first four games of the season.

The Black Knights (3-1) opened up the game with a 10-0 run and never relinquished the lead for the rest of the game. Although the Lions (1-3) had plenty of standout performers, they weren’t solid enough on defense to prevent the barrage of points that the home team put up, the most that Columbia has allowed all season thus far.

Junior forward Lukas Meisner impressed at West Point, scoring a career-high 16 points, including two emphatic dunks at the end of the first half. The Braunschweig, Germany native also led the team with eight rebounds, capping off his best performance of the season.

Meisner was one of five Light Blue players to score more than ten points. First-year guard Tai Bibbs came off the bench to score 12 points, the same number as senior guard Nate Hickman. Although Hickman could not repeat last year’s performance against Army, where he scored a career-high 30 points, he nonetheless looked like he had begun to find his footing after disappointing in his last three outings.

Both sophomore guard Jake Killingsworth and sophomore forward Patrick Tape were held from the court on Tuesday. Tape’s absence was quite peculiar, following his best game of the season against Penn State, where he was perfect from the paint, converting all three of his jumpers, and led the team with seven boards. First-year forward Jaron Faulds started in his place, but his tame six points and five rebounds were not impactful.

The Raiders (2-2) host the Lions following a tight defeat against Boston College in Chestnut Hill, Massachusetts. Colgate’s season can be described as a tale of two teams so far, as it is undefeated at home yet winless on the road.

The two teams met most recently last season, when the Light Blue pulled off a miraculous overtime victory after surrendering a 24-point lead.

The Lions will again attempt to deal with Colgate’s Jordan Swopshire, who terrorized the Light Blue defense last year as he scored 26 points, nine rebounds, and four assists. Jordan Burns, who leads the Raiders in points and field goal percentage despite having yet to start his first collegiate game, will also be a nuisance.

The Light Blue will look to recreate last year’s win and snap its two-game losing streak. Tipoff is set for 2 p.m. at Cotterell Court.