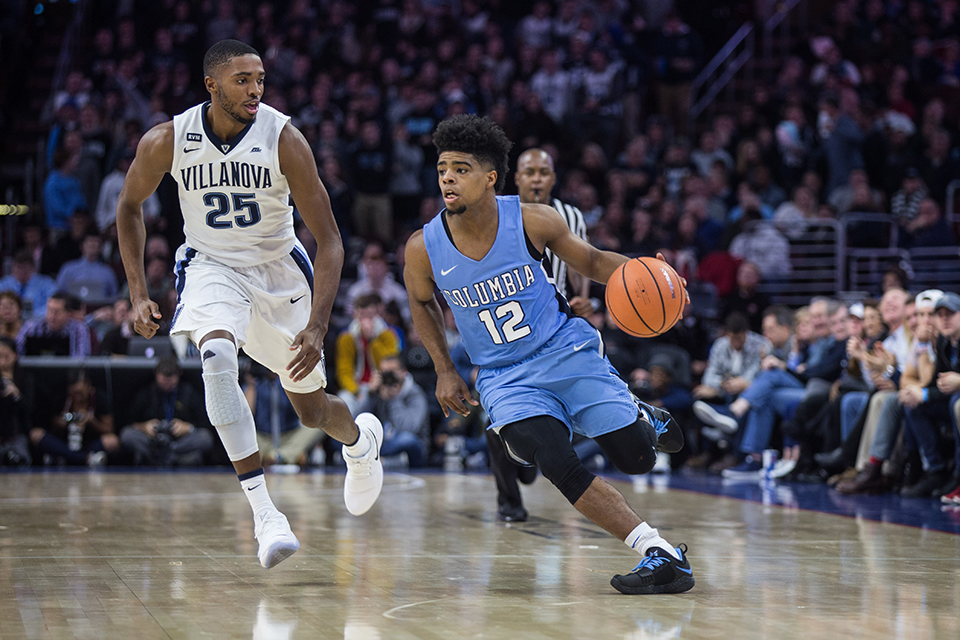 In just his second year at Columbia, sophomore guard Mike Smith has shouldered the load of the offensive burden for the Lions, who will look to capture their second victory of the season against UConn.

Men’s basketball will take on Connecticut during the penultimate matchup of its seven-game away trip to open the season.

In their last game, the Lions (1-4) were defeated at Colgate, 77-71. The Raiders came out with fervor from tipoff, and Columbia could never beat out the offensive capabilities of the home team.

The Light Blue has not faced the Huskies (4-2) since 2014, when the Lions were defeated in convincing fashion, 80-65, just one year after Connecticut had won the National Championship.

It’s no secret that the Lions have struggled thus far, specifically on defense. The lowest point total that they have allowed this season is 75 to Villanova—higher than the average points per game allowed last season, which was 72.7.

The Light Blue defense will specifically have to deal with Connecticut forward Terry Larrier. The Virginia Commonwealth University transfer has scored 104 total points in just six games played this year.

Offensively, the Lions have still managed to put in decent performances in nearly every game this year. Junior forward Lukas Meisner has impressed more than most, averaging 11.2 points per game, as well as leading the team with 34 rebounds. Although he struggled on Saturday, junior guard Quinton Adlesh has played well to start the year. His 23 points against Longwood gave Columbia its only victory of the season.

The Huskies come into Wednesday’s game following an embarrassing loss against Arkansas. Connecticut allowed triple digit points in a 102-67 drubbing at the Phil Knight Invitational in Portland, Oregon.

Tipoff is set for 7 p.m. at Harry A. Gampel Pavilion in Storrs, Connecticut.