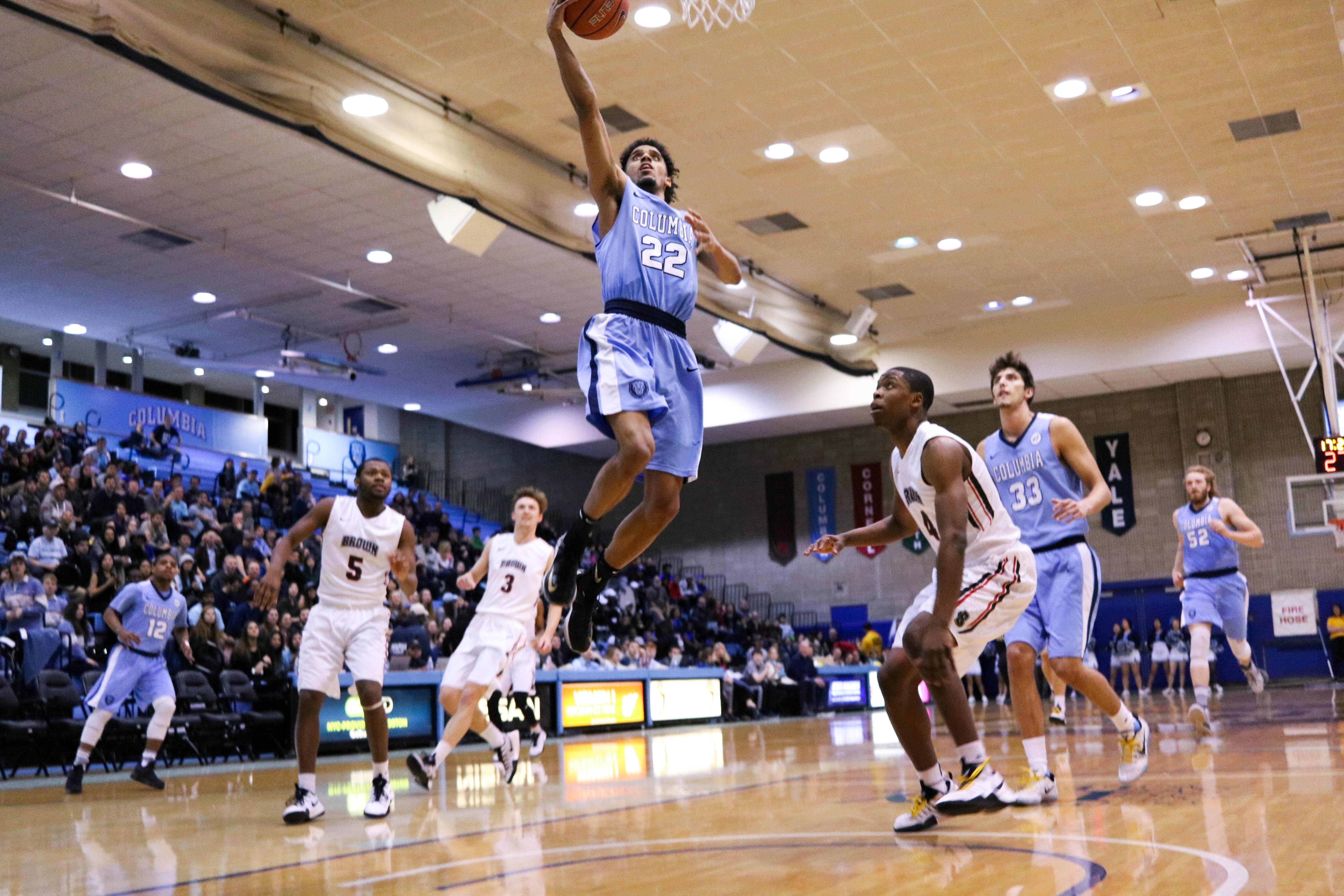 Despite a dominant performance from junior forward Lukas Meisner, men’s basketball extended its losing streak to four games, coming up short 77-73 against Connecticut in overtime on Wednesday night.

Meisner completed the first Light Blue double-double of the season, registering 25 points and 11 rebounds and leading the Lions in both categories. His showing was matched only by Huskies guard Christian Vital, who scored 29 points off the bench.

Even though the Lions (1-5) got off to an impressive start—going into halftime at 41-30—they could not hold off the Huskies (5-2), who would eventually make a comeback in the final minutes of regular time behind crucial free throws from Vital.

Despite relinquishing the lead by the end of the game, the Light Blue held it for 36 minutes—the longest it has held a lead in any loss it has suffered this year.

The Lions started the game with confidence beyond the arc. Four different Columbia players, including junior guard Quinton Adlesh, scored a three-pointer in the first 12 minutes of the game. Adlesh snapped out of a mini-slump after putting up a goose egg in his last showing. Adlesh would also finish the game with seven rebounds and 10 points, shooting two for three from long range—his best three-point conversion rate of the year so far.

Senior guard Nate Hickman, Adlesh, and Meisner all scored crucial buckets to help the Lions go into the halftime break up 41-30. First-year guard Tai Bibbs contributed five points off the bench, all in the first half.

The second half would prove to be problematic for the away team. The Huskies found an answer defensively to stop the barrage of three-pointers. The Lions only scored two three-pointers in the second half, a far cry from the seven that they converted in the first half.

“I thought we did a good job defensively, really packing the paint because I knew that they wanted to drive,” head coach Jim Engles said. “I thought at the end of the game we sort of slowed down a little bit. … We needed to play with the same pace, and we slowed down too much.”

The Light Blue remained diffident through overtime, following its capitulation in the final two minutes of regular time. The Lions were one for five on field goals in the final minute and a half for a bleak 20-percent conversion rate. Vital would score two integral free throws to seal the Huskies’ victory.

“When you deal [with] some challenges, I think your team comes out. I think you see what your personality is as a team,” Engles said. “I think we’ve had a wide range of games over the last six games ... where we’ve played well at times and we haven’t played well.”

The Lions will return to the court on Saturday in Albany, New York, to face Albany in their last away game of the season’s opening seven-game road stretch.