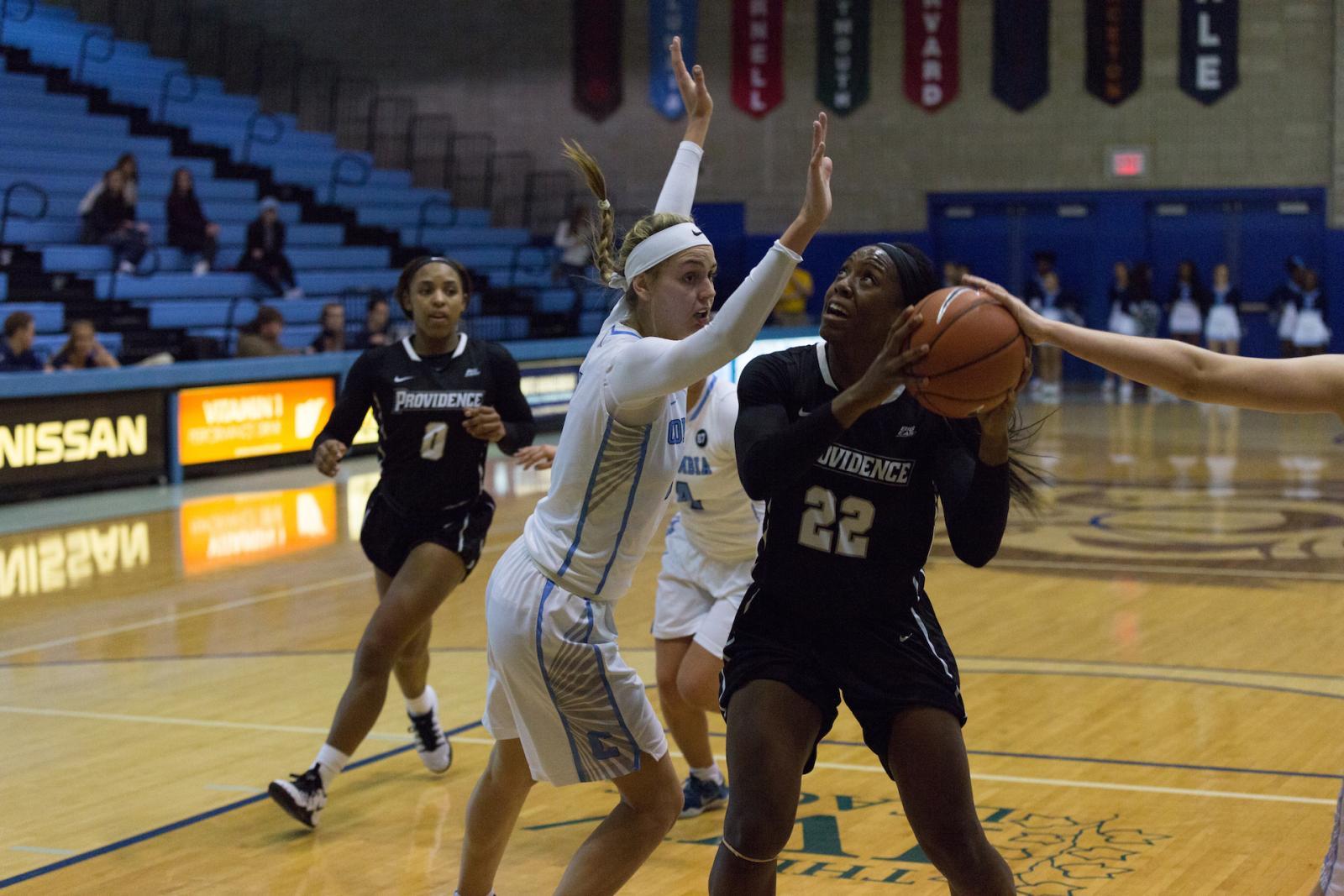 Junior forward Josie Little had 10 rebounds against Boston College to help the Lions win at home.

Women’s basketball held off Boston College to claim a 68-60 win in Levien Gymnasium, which was packed with 19 elementary schools’ worth of students for Columbia’s 10th annual Education Day celebration. The game extended a longstanding partnership with New York City public schools, which send students to attend a game each season.

A 7-0 third-quarter run helped Columbia (3-5) overcome a slow start to the first half, and a sterling fourth-quarter performance from first-year guard Riley Casey, who tallied 10 points in the frame, kept the Eagles (3-4) at bay.

The Light Blue’s first-quarter struggles continued, as Columbia put up just nine points in the opening stanza and shot 34 percent from the floor overall in the first half. The issue was amplified by Zimmerman picking up three early fouls, which forced her to sit for nearly a full quarter.

Nonetheless, Boston College was unable to pull away, partly due to poor free throw shooting—the Eagles hit just two of their eight attempts from the stripe in the first half. The Lions climbed back into the game, tying it on several occasions. A frenetic offensive sequence at the end of the half featuring a few deep threes ultimately came up short, and the Lions entered the locker room down 29-27.

The Lions came out firing in the third quarter, as Zimmerman wasted no time tying the game on a baseline jumper, before keying the crucial run moments later. The senior forward’s fast break layup gave Columbia its largest lead of the game thus far at 42-35 and sent the crowd into a frenzy.

“We [needed] to play a little faster between the three points lines,” head coach Megan Griffith, CC ’07, said. “That’s what got us back into the game.”

From there, the Eagles were forced to play catch-up, but could draw no closer than three points. Each time Boston College threatened, Columbia answered. With Zimmerman—the Lions’ go-to offensive threat—in foul trouble for much of the second half, Casey played the role of closer after Zimmerman fouled out in the final few minutes.

The first-year guard flashed a polished all-around game, hitting a mid-range jumper, a deep three, and converting a tough left-handed layup among her 10 fourth-quarter points. Overall, her 12 points were second on the team behind Zimmerman’s 14.

“We keep telling her, ‘You’re so much more than a one-dimensional player,’” Griffith said. “When she gets herself going and gets into the paint … she’s so much more deadly.”

Columbia seemed to feed off the crowd’s energy, as the Lions were all over the offensive glass and diving every which way for loose balls. Overall, the Light Blue outrebounded the Eagles 43-30 and pulled down 15 offensive rebounds, 10 of which came from junior forward Josie Little.

The Lions will be back in action Sunday for a road contest with UMBC. Tipoff in Baltimore is set for 1 p.m.