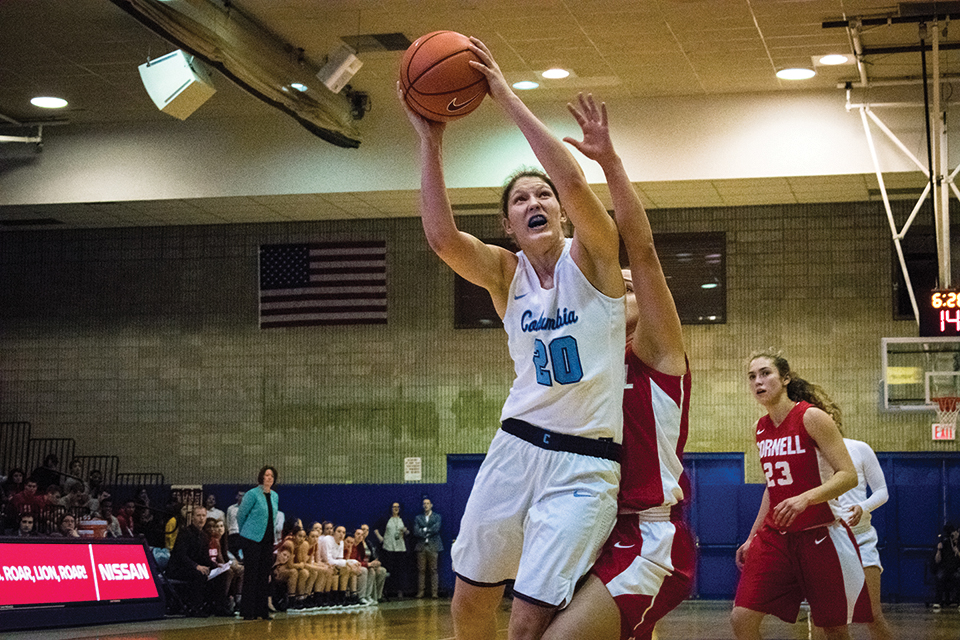 Superstar senior forward Camille Zimmerman became the all-time leading scorer in the history of the Columbia University basketball program this Saturday, having scored 1,768 points over the course of her career.

But even with such talent leading the line, women’s basketball is currently on a six-game losing streak, starting Ivy League play at 0-3: the norm for a program that continues to squander Zimmerman’s generational talent. Columbia simply cannot scrape together consecutive wins.

This is not a recent development. Zimmerman and the women’s basketball team have historically struggled to win Ancient Eight matches, and the Lions have posted a dismal four-year Ivy League record of 6-39. Columbia’s disappointing performance in conference play has earned it a last-place finish in four consecutive years, something that administrators hoped to improve by hiring current head coach Megan Griffith, CC ’07 prior to last season.

Being such a dominant offensive player, Zimmerman has become the team’s key player, which has in turn rendered the Lions’ offense extremely predictable and easy to repel. The Tempe, Arizona native averages 15.1 shots per game, which is six more than what the next Lion, first-year guard Riley Casey, takes on average. 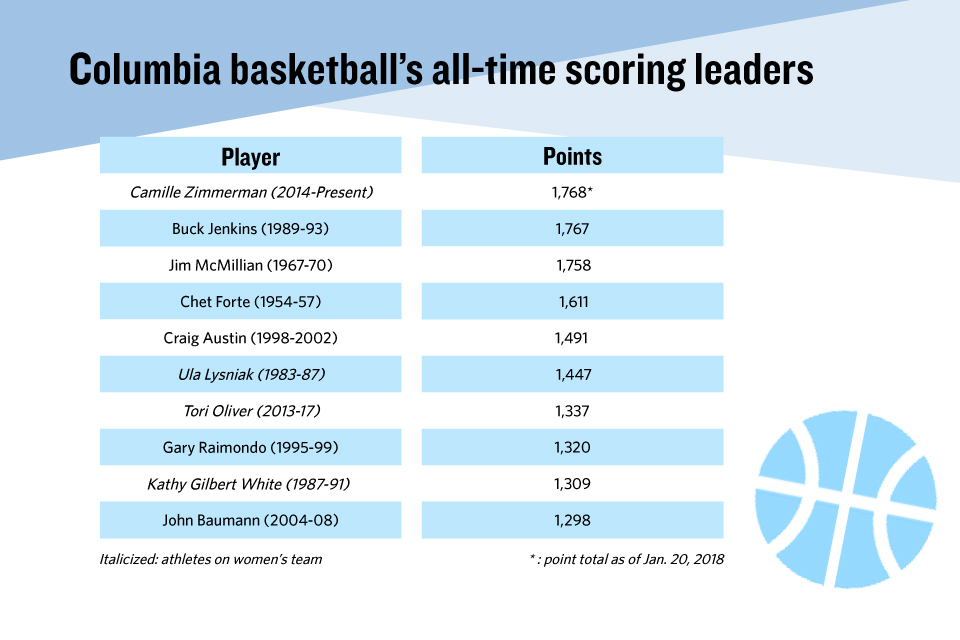 Even though Griffith stressed the importance of veteran players, distributing responsibility among its talented young backcourt would be more beneficial to the Light Blue. The Lions rely too heavily on Zimmerman on offense, but they are also dependent on Zimmerman’s defensive capability. She leads the team in rebounds, blocks, steals, and minutes, averaging a little over 35 minutes per game.

Fortunately for Columbia, its conference season is still young. The Lions will look to record their first Ivy League win on the road at Cornell. After the Big Red beat the Light Blue with ease last weekend at Levien Gymnasium, this weekend’s contest has become must-win for a team whose hopes to make the Ivy League tournament are slimming every weekend.

Having made drastic changes to the starting lineup last weekend, Griffith seems to be searching for an opportunity to end the Light Blue’s winless streak and is optimistic about Columbia’s prospects this weekend. Despite its strong showing last weekend, the Big Red’s lackluster offense promises a favorable matchup for the Lions’ struggling defense, and Cornell ranks dead last in scoring in the Ivy League, averaging a measly 57 points per contest.

“It felt like we got outworked [against Cornell],” Griffith said. “I think for us it’s making sure we understand the game plan and execute.”

Saturday’s match against Cornell will tip off at 1 p.m.