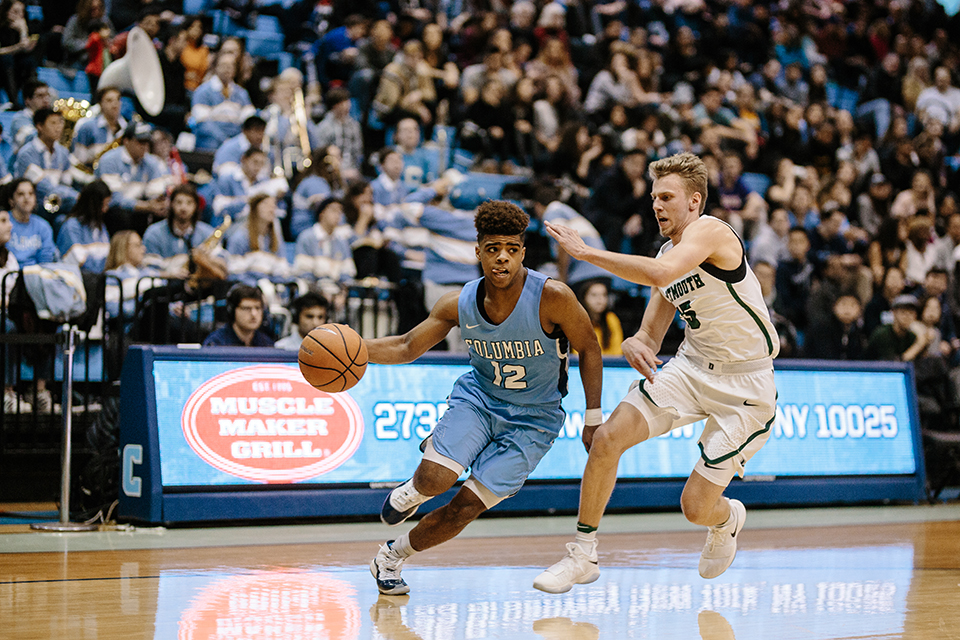 The Lions may not be favorites this weekend, but they will look to replicate last weekend's performances in hopes of one or two upsets.

The Lions (6-13, 3-3 Ivy) will face the Bulldogs (9-13, 2-4 Ivy) on Friday, the latter having lost both of their games last weekend, currently sitting at seventh in the Ancient Eight. The Bears (10-9, 3-3 Ivy) sit in third place, having split two overtime contests last weekend.

In contrast, the Light Blue had its most successful weekend in Ivy play this season, defeating then-first-place Harvard and Dartmouth at home. Columbia’s victory over Harvard was its second in its last two attempts, both coming as major upsets.

Last weekend, the Light Blue’s comeback against Harvard was remarkable given the Crimson led the Ivy League at the time with an undefeated record. With sophomore guard Mike Smith playing limited minutes in the first half, junior guard Quinton Adlesh and junior forward Lukas Meisner both stepped up, contributing 20 and 16 points respectively.

In New Haven, the Bulldogs’ young lineup will be hungry to rebound after a disappointing weekend. The Lions will look to halt Yale’s success from the field this season, as the latter leads the Ivy League with a field goal percentage of .471, behind guard Alex Copeland’s Ancient Eight-leading .529.

“While they have been affected by injuries, they have a very strong bench,” head coach Jim Engles said. “Guys like Copeland have stepped up in the league. They have a really good mix of things and challenge you in a lot of different ways.”

Following the Yale game, the Lions head to Providence to take on the Bears, who have been a surprise force in conference play this season. Brown will rally behind guard Brandon Anderson, who is second in the league with 18.9 points per game, as well as fellow guard Desmond Cambridge, who stunned Princeton last Saturday when he scored 32 points, including the game winning 3-pointer in overtime.

“They are very athletic and multidimensional.” Engles said. “They are a challenge to play offensively with how fast they play.”

This weekend, the Lions have the opportunity to move up to as high as second place with wins in both games. Tipoff on Friday is slated for 7 p.m. at Payne Whitney Gymnasium, while Saturday’s game will begin at 6 p.m. at the Paul Bailey Pizzitola Memorial Sports Center.

A previous version of this article stated that sophomore guard Mike Smith played six minutes against Harvard. In fact, he played 26 minutes. Spectator regrets that error.