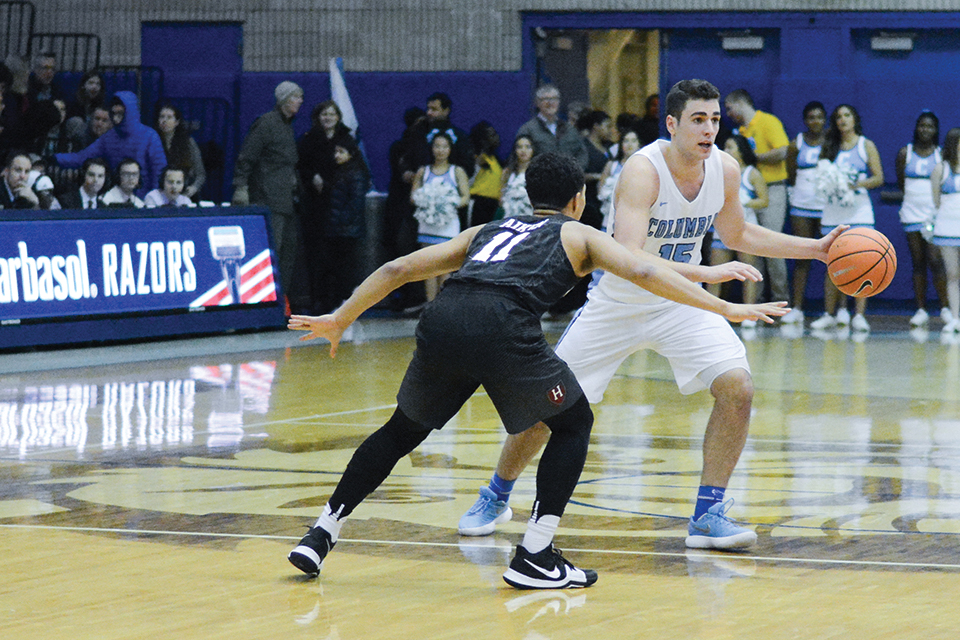 Men’s basketball will host Penn and Princeton this week in its penultimate home weekend of the season.

On friday, the Light Blue (6-15, 3-5 Ivy) will face the Quakers (17-7, 7-1 Ivy), who lost to Harvard in their last game and received their first Ancient Eight defeat this season. The Tigers (11-12, 3-5 Ivy) had an even worse weekend, dropping games to Harvard and Dartmouth and losing by a combined 31 points in two abysmal performances.

The Lions had a heartbreaking weekend, losing both of their games by a slim combined margin of seven points.

“It’s unfortunate, but we’re one or two stops away from having a different season,” head coach Jim Engles said. “I think its been like that for most of the year … the ball has just bounced the wrong way.”

In its first game, the Light Blue battled Yale to the very end, when the Bulldogs’ guard Alex Copeland sunk two free throws with less than a minute to spare. The following day, the Lions would battle Brown through overtime before guard Obi Okolie hit a miraculous three-pointer just seconds from the end.

After allowing 88 and 91 points respectively in its previous two games, the Light Blue has to do better defensively, according to Engles.

“We’ve implemented a slowdown press, and we’ve played more zone in the last two weekends than we have all season,” Engles said. “It still comes down to fundamental stuff—guarding the ball, playing post defense, and getting rebounds.

Hosting the Quakers will certainly be a tumultuous affair. In the last meeting between the teams, Penn defeated the Lions at the Palestra in a back and forth contest that saw the Quakers eke it out in the end.

“[Penn] has played extremely well all year. The big thing they present is the physicality of their two guys up front,” Engles said. “We’ll need to match that physicality that they exhibit.”

Penn will be looking to rebound after its loss last weekend. The Quakers have been the outright best defensive team in the Ancient Eight this season, leading the league in field goal and three-point defensive conversion rate, at .401 and .293 respectively. The Light Blue will have to defend against forward AJ Brodeur, whose average of 7.0 rebounds per game lags behind only Columbia’s junior forward Lukas Meisner’s 7.1.

Following the Penn game, the Tigers will travel to Levien Gymnasium after their equally rough road trip. Despite these failures, however, Princeton will likely remain confident in the face of the Light Blue. The Tigers beat the Lions 72-56 in their last matchup earlier this year, Columbia’s lowest single-game point total all season.

The Lions will look to stay in the hunt for an Ivy League Tournament berth with victories this weekend. Tipoff is slated for 7 p.m. for both games at Levien Gymnasium.