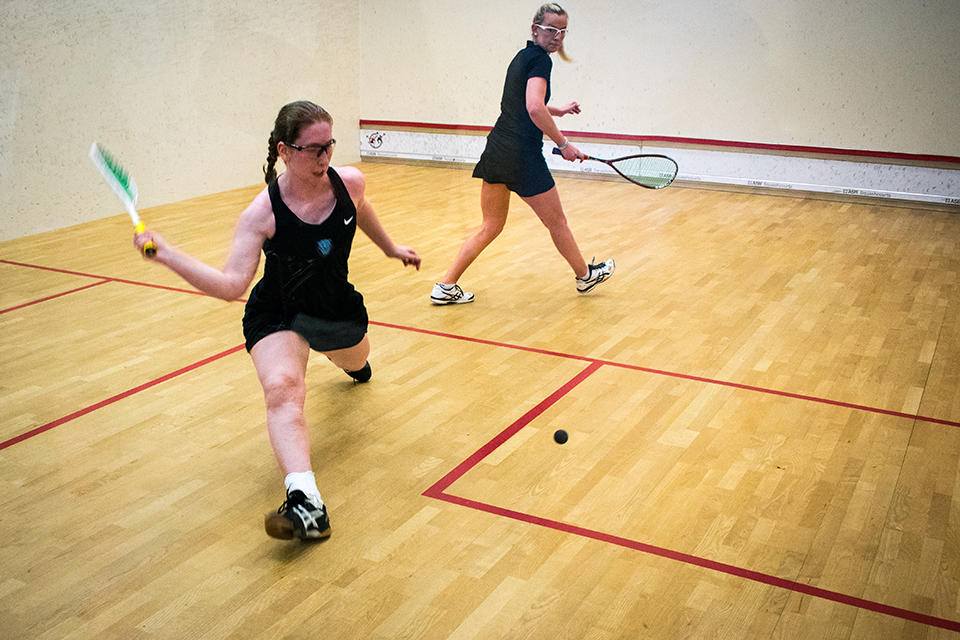 Women's squash will seek its first-ever victory over Trinity at the National Championships this weekend.

No. 6 women’s squash will compete against No. 3 Trinity in the first round of the College Squash Association Team National Championships on Friday. The Lions will play a series of three matches amongst top-ranked teams in the Howe Cup (A Division) for a national title beginning on Friday and extending through Sunday.

The Lions (9-5, 4-3 Ivy) enter the tournament following an electrifying finish to their regular and Ivy League season, in which Columbia secured a close victory over No. 7 Penn, winning 5-4 on Sunday. The win was significant because it marked a first-time defeat of Penn (7-6, 3-4 Ivy) in the program’s eight-year history. Even more notably, Columbia had not claimed an individual win against the Quakers prior to this season, historically losing 9-0.

With Sunday’s monumental win, Columbia also secured its best-ever 9-5 overall and 4-3 conference records, which allowed the Lions to maintain their sixth-place national ranking, and will pit them against third place Trinity (13-2) in their first match at nationals.

“[The win against Penn] was something that three years ago we never would have imagined, so it’s super exciting and motivating,” said junior Maddie O’Connor, who plays in the second position for the Lions. “Going into this weekend with that confidence is really going to help us.”

Despite competing as the favored team against Penn, Columbia seemed to play with an underdog mentality that stemmed from its frustrating history with the Quakers. The team will need to bring this same grit to Friday’s match if it wants to achieve its next historic feat: a first-time defeat of Trinity. Women’s squash maintains a 0-4 all-time record against the Bantams and posted a 9-0 loss to Trinity when the two teams faced off earlier this season.

Despite the sweep, some players indicated their ability to battle against their Trinity opponents. O’Connor’s match against Trinity’s Julia LeCoq in the two spot finished in a close 10-12 fourth set. Similarly, Columbia’s top position player senior Tanvi Khanna took Trinity’s Raneem Sharaf to five sets, and first-year Julia Masch lost in four sets to Trinity’s Salma El Defrawy in the nine position. All other matches ended in three sets.

But Columbia will not dwell on past losses to the Bantams. Instead, the team is using its momentum from last weekend’s historic performance to motivate this weekend’s championship play.

“For nationals, we have our sight set on a top five finish. That would be our goal and our dream,” O’Connor said. “Having such a positive end to the regular season is going to help us out this weekend. We’re really looking forward to it.”

The Lions will seek to achieve their greatest goal yet—a top-five finish—when it competes against Trinity on Friday, Feb. 16 at 1:30 p.m. in Cambridge, Massachusetts. Columbia will play again on Saturday and Sunday, with times and opponents to be announced.