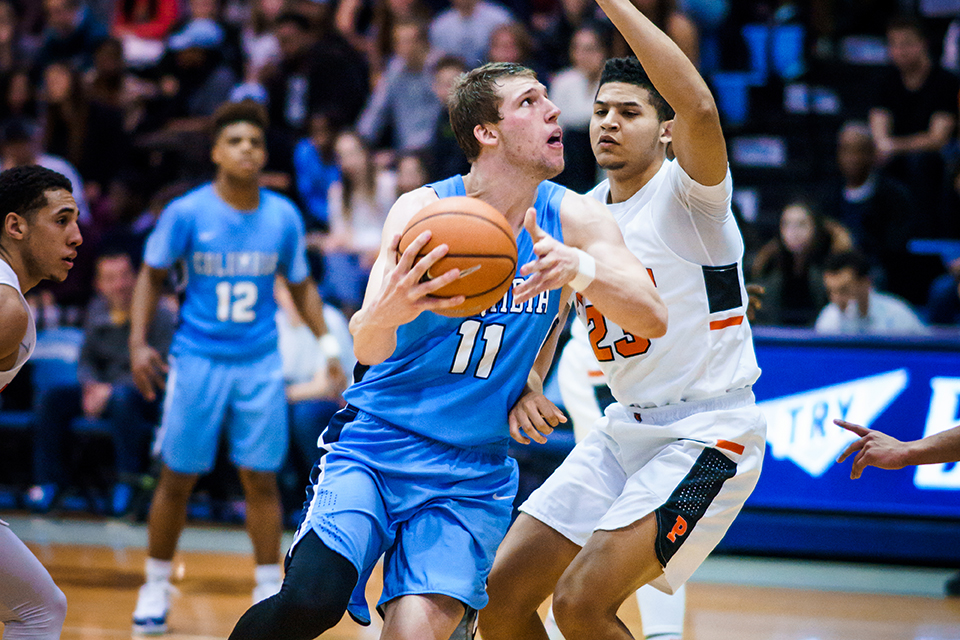 Having suffered disappointing losses against both teams on the road two weeks ago, the Lions will look to bounce back this weekend as they attempt to make the Ivy League Tournament.

Men’s basketball will host Brown and Yale in its final homestand of the Ivy League season.

The Lions (7-16, 4-6 Ivy) faced off against both teams on the road two weekends ago, suffering a disappointing loss by a combined margin of seven points. The Bulldogs (12-14, 5-5 Ivy) had an up and down weekend in two away games. Yale defeated Dartmouth convincingly but then lost to Harvard in emphatic fashion, only notching 49 points—its lowest total this year. The Bears (11-12, 4-6 Ivy) lost two tight matches to Harvard and Dartmouth on the road.

The outcome of this weekend will likely determine the Light Blue’s chances of making the Ivy League Tournament. In their remaining four games, the Lions will play three teams with records of .500 or less. Defeating Brown and Yale is as close to a guaranteed berth as Columbia could get.

“This is an extremely important weekend for us,” head coach Jim Engles said. “It’s the final weekend for the seniors at home and we’re at the end of the season. There are major playoff-type implications.”

The Light Blue is coming into this weekend’s contests on fire. Though Columbia lost heartbreakingly to No. 1 Penn, 74-62, the Lions dominated Princeton 85-60 on Saturday by their largest margin of victory since the first game of conference play. Senior guard Kyle Castlin had a historic performance, breaking his personal record with 22 points.

With the same league record as the Light Blue, Brown will come into Saturday’s contest with the same urgency as the home team. The Bears will look to guard Desmond Cambridge, who has scored over 22 points in four of his last six games. Cambridge dominated the Lions in Providence, scoring 23 points in Brown’s victory. Guard Brandon Anderson has also greatly contributed to the Brown offense, as Engles pointed out.

“With Cambridge’s talent, a lot of things work, but one of the keys to their team is Anderson,” Engles said. “He controls a lot of the offense for him and he’s able to distribute to the other guys. Those two guys are the key guys.”

Though suffering a brutal loss to Harvard, Yale still sits in third place in the Ancient Eight. The Bulldogs, rallying behind guard Miye Oni, lead the league in field goal conversion rate with a .466. Oni leads the team in minutes and points per game, with 32.5 and 14.7 respectively. Yale guard Alex Copeland has also been a force to be reckoned with—he sunk the game winner that lifted the Bulldogs over the Lions in New Haven just two weeks ago.

Additionally, Yale will have another weapon at its disposal: guard Makai Mason, who, having only just reemerged after an injury, played his first competitive game since Yale lost to Duke in the second round of the 2015-16 NCAA Tournament last weekend.

“We have to be extremely focused and play excellent defense,” Engles said. “We have to guard the ball, rebound the ball, share defensive assignments … we’re going to have to continue to play with the same efficiency and confidence we have been.”

This weekend, the Lions have the opportunity to reach the top half of the table with wins in both games, inching closer to a slot at the Ivy League Tournament. Tipoff on Friday is slated for 7 p.m., while Saturday’s game will begin at 8:30 p.m. at Levien Gymnasium.