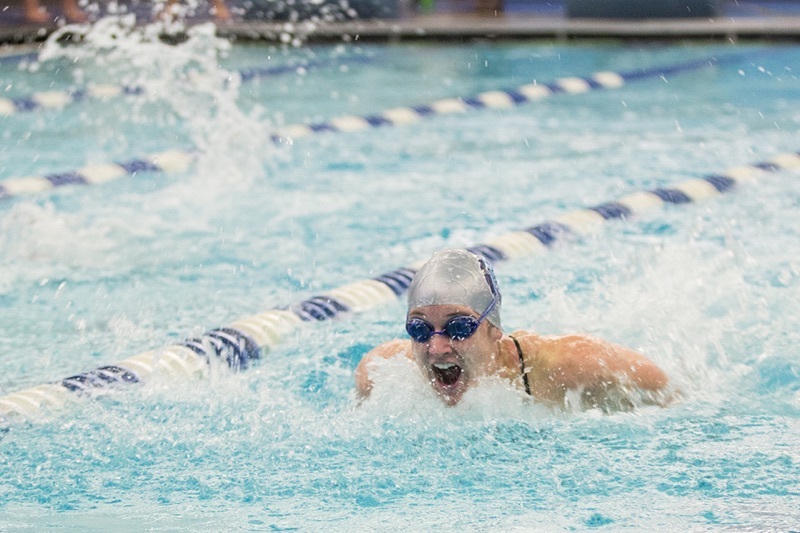 With a total of 284 points, Columbia’s women’s swimming and diving team placed fifth this weekend at the Eastern College Athletic Conference Swimming and Diving Championship hosted at Rutgers University.

Women’s swimming and diving finished in fifth place out of a 24-team field at the Eastern College Athletic Conference Swimming and Diving Championship at Rutgers University this weekend with 284 points total.

The Lions had several standout performances that bolstered the team’s overall result. Sophomore Julia Samson swam the 100-yard backstroke in a time of 54.38 to earn fourth place and continued her success with third place in the 200-yard backstroke with a time of 1:59.28.

Another sophomore with an impressive finish for the Light Blue was Helen Wojdylo, who earned a third-place time of 1:02.21 in the 100-yard breaststroke. Her teammate first-year Stefanie Ting was just two seconds behind her, earning eighth place.

In the 200-yard breaststroke, Wojdylo’s time of 2:17.59 gave her another third place. At 2:06.54, Senior Nicole Papsco’s seventh-place time in the 200-yard individual medley was just five seconds behind that of the champion.

The 400-yard medley relay was the lone championship performance for the women’s team. The squad of Samson, Berridge, Ghali, and Richter combined for a winning time of 3:47.56.

The U.S. Naval Academy finished ahead of the pack with 584.50 points, followed by Columbia’s Ivy League opponent Penn with 402 points. Bucknell and Marist had 309 and 304 points respectively, leaving Columbia in the fifth-place spot at the end of the weekend.