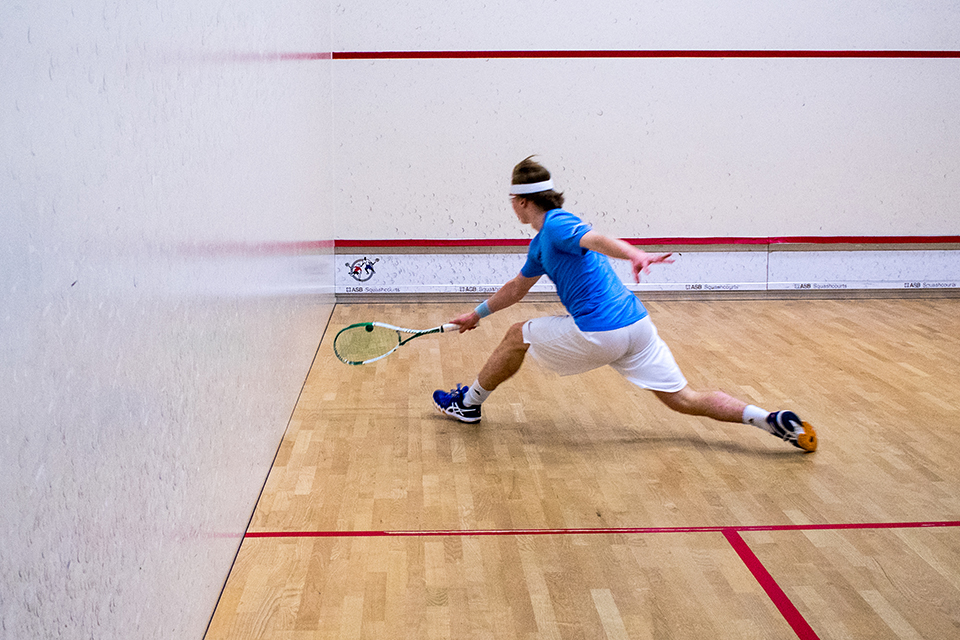 Men’s squash went 2-1 at the College Squash Association National Team Championships in Hartford, Connecticut last weekend to close out its historic 2017-18 season as the third-best squash team in the nation.

Columbia (16-2, 7-0 Ivy) competed in three matches in the top bracket, the Potter Cup (A Division), beginning on Friday against No. 6 Rochester (9-8). After winning its first match 6-3, Columbia dropped a heartbreaker 6-3 to Ivy League rival No. 2 Harvard (13-3, 6-1 Ivy)—which it defeated for the first time ever earlier this season—on Saturday, shattering the team’s chances to compete for its first national title.

The Lions, who entered the tournament as Ivy League Champions and ranked No. 2, bounced back from Saturday’s loss with a 7-2 victory on Sunday over No. 4 St. Lawrence (14-5).

“I think we came out on Sunday slightly more relaxed and excited to play rather than feeling the pressure,” head coach Jacques Swanepoel said. “We played really well and I think [the tournament] ended on a very good note.”

Although Columbia clinched a victory on Friday, Rochester proved a formidable first opponent for the Lions, who defeated the Yellowjackets by the same 6-3 margin during the regular season. Sophomore Robin Mann was Columbia’s only player to get by his Rochester opponent, Numair Sani, in only three games. All other matches ended in at least four sets, demonstrating the comparable level of competition between the two teams.

At the back end of the lineup, junior Adham Madi, Mann, and first-year Krish Kapur also beat their Rochester opponents in the sixth, seventh, and eighth positions to notch the team’s first win of the weekend.

After a demanding first day, however, the Lions lacked the energy necessary to overcome conference rival No. 2 Harvard. The Crimson jumped out to an early lead on Saturday, gaining wins in the first three matches over Attia, Madi, and first-year McClain Awalt in the third, sixth and ninth positions.

Despite key victories by Khalifa, Senthilkumar, and Mann in the first, second, and seventh positions, Columbia’s deficit was further extended with losses in the fourth, fifth, and eighth slots. Junior Carter Robitaille, senior captain Arhum Saleem, and Kapur could not get by their respective Harvard opponents in these positions, and Columbia ultimately dropped the match 6-3.

Columbia did not allow Saturday’s loss to derail its play on Sunday, though. The team still had an opportunity for redemption and the chance to achieve its best-ever finish against St. Lawrence. Faced with the same opponent in the same position last year, the Lions dropped their final match of the season to the Saints 6-3.

“We had a team meeting [on Saturday] night and talked about how we had been in this position three out of the last four years going into Sunday of nationals—playing in the 3/4 playoff—and how we didn’t want to end fourth again,” Swanepoel said. “We talked about things we wanted to do differently and how we wanted to approach the match.”

Columbia’s composed mindset translated to victories on the court, as the Lions beat the Saints 7-2 on Sunday. St. Lawrence’s only two victories of the day came in the middle of their lineup, in the four and five positions, and were completed in three sets. Columbia’s roster proved deeper, however, as the Lions were able to gain wins in the one through three and six through nine spots. Khalifa, the Ivy League Player of the Year, Senthilkumar, a unanimous First Team All-Ivy selection, and Mann sealed their undefeated streaks at nationals with victories against St. Lawrence.

While these key players consistently contributed wins at nationals and throughout the season, it was Attia who delivered a noteworthy performance in the final team match of his career on Sunday. Attia battled against St. Lawrence competitor Moustafa Bayoumy, who had only one loss on his season record prior to Sunday. Attia lost the first set to Bayoumy 5-11, but won the next set 11-1. Bayoumy took the third set 7-11. Attia then claimed the match with a dominant final two games, winning 11-8 and 11-9, respectively.

“[Bayoumy] may have played the match of his career on Sunday. It was great of Seif [Attia] to really show up and get us on a good roll for the rest of the match,” said Swanepoel, who described the senior captain’s game as crucial to gaining an early lead over St. Lawrence.

Attia will be among the six men’s squash players representing Columbia at the CSA National Individual Championships next weekend in Washington, D.C. He will join teammates Khalifa, last year’s national champion, Senthilkumar, Saleem, Madi, and Kapur in their individual quests to bring home a national title for Columbia.

While a final weekend of individual competition remains for a handful of the men’s squash players, three of whom are seniors, Swanepoel is already thinking ahead to the team’s chances at nationals next season.

“We definitely plan to [be back next year],” he said. “We have a big class coming in and I think we’ll be stronger at different parts of the lineup. I have a lot of confidence in the talent that we have remaining on the team but also coming in next year.”