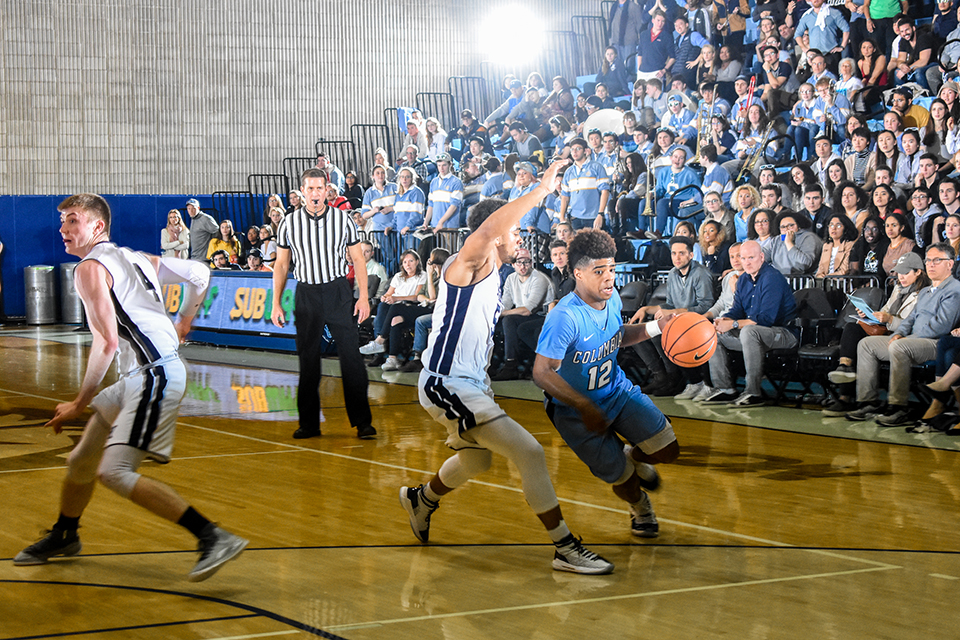 The Lions will travel to Dartmouth and Harvard this weekend and hope to return home with a playoff spot in the second Ivy League Tournament.

Men’s basketball will play Dartmouth and Harvard this weekend in its final games of the Ivy League regular season.

The Lions (8-17, 5-7 Ivy) faced the two teams at the beginning of this month at Levien Gymnasium, sweeping both games in what perhaps represented the turning point of this season.

The Light Blue then defeated the Big Green (6-19, 2-10 Ivy) in a tight 77-74 contest. Although Dartmouth has sat at the bottom of the Ancient Eight all season, it is still a force to be reckoned with. Senior guard Kyle Castlin ended up being the decisive figure in that game, scoring 10 of the Light Blue’s final 13 points to secure the victory.

This weekend’s games are the final test for Columbia—if it wins, then it is guaranteed a spot in the Ivy League Tournament for the first time in the short, two-year history of the competition.

“Everyone is pretty excited. We all realize that it’s within our control,” head coach Jim Engles said. “We have to do the stuff we’re capable of doing. We don’t have to change or hope for a lot of things.”

Coming into these integral contests, the Lions will have some confidence following two solid performances last weekend, even though they only picked up one win. In Friday’s game, the Light Blue crucially toppled Brown, 89-82. On the following day, however, Columbia looked static, falling to Yale, 83-73. The game devolved following poor long-range shooting from the Lions, who converted just four out of their 24 three-point attempts.

In similar fashion to the rest of its season, Dartmouth floundered last weekend, losing to both Penn and Princeton by considerable margins away from home. The Big Green will be looking to find some solace in its season by possibly upsetting Columbia in its final weekend of play. Engles expressed concerns that Dartmouth guard Chris Knight, who was out for the previous matchup between the two teams, might present a challenge.

“He’s something that we’re going to have to prepare for,” Engles said. “From an adjustment standpoint, however, we have to focus on little things. We especially have to defend on the road.”

In Saturday’s game, Harvard will be looking to cement its place atop the Ivy League with a final victory. The Crimson had an uncharacteristically tough trip to Princeton and Penn last weekend. Harvard barely defeated the Tigers in overtime and then fell to Penn for just its second conference setback of the year, the first being against the Lions.

The Lions are the makers of their own destiny—with two wins, they will be in. Tipoff for both Friday and Saturday’s games is slated for 7 p.m.