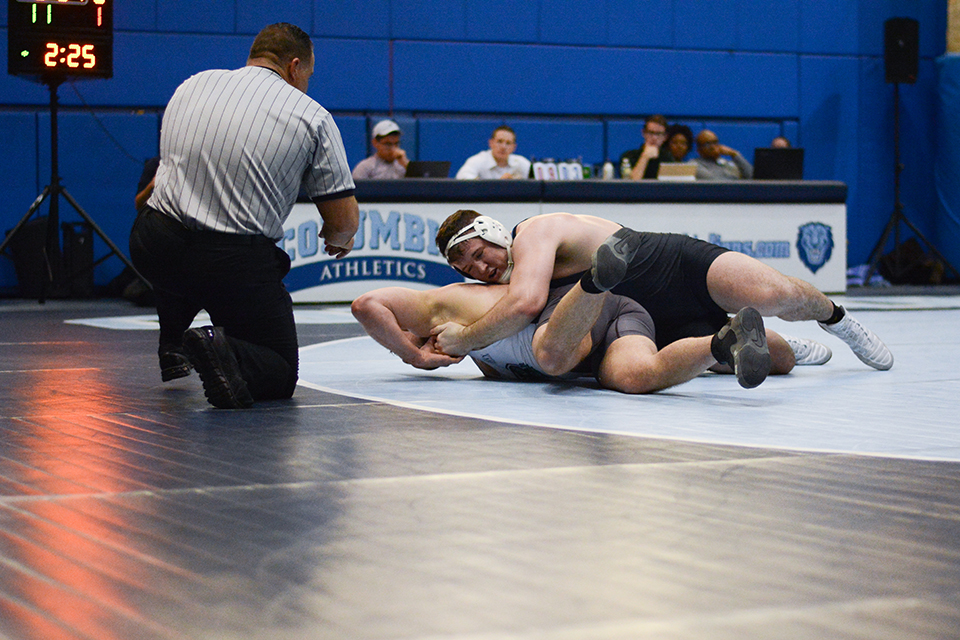 The Lions will hope to leave the Eastern Intercollegiate Wrestling Association Championships with several wrestlers qualifying for the NCAA Championship.

Wrestling will head to Hofstra this weekend for the 2018 Eastern Intercollegiate Wrestling Association Championships.

All weight classes from 141 pounds up to heavyweight have four or more allocations—141 and 149 have four, 174 and heavyweight have five, 157, 165, and 197 have six, and 184 has seven. After the conference tournaments set the automatic qualifiers, the NCAA Division I Wrestling Committee will select the remaining 47 at-large qualifiers.

Head coach Zach Tanelli has been working to get the team in the right mindset over the two weeks since their last competition and has also stressed the importance of recovering their bodies after a long and grueling season.

“They’re good psychologically––I look at this group and they look really excited to compete this weekend,” Tanelli said. “We’ve been talking a lot about recovering and having our bodies feel good, and giving our bodies a rest––that way we can come back and just hit it hard.”

Despite a less than stellar team record over the regular season, Tanelli believes that the team has the right attitude heading into this weekend and is practicing better than it has all season.

“They need to compete, so we’ll be ready to compete. Whether that means we get into the national tournament or not is to be decided, but that’s been the goal the entire season,” Tanelli said.

Tanelli and the Light Blue are heading into the tournament with the same attitude with which they’ve entered all competitions this season––preferring not to overthink a tournament and make it even more difficult than it already is.

Even though they will be going into the weekend with the mindset that it is just another match in the season, there are certain obvious candidates for potential bids to the NCAA championships, namely seniors Garrett Ryan, Tyrel White, and Markus Scheidel, who are all three-time NCAA qualifiers. Also looking to join them is fellow senior Jacob Macalolooy, who earned an eighth-place finish at 141 pounds last year and moved up to 149 in his quest to earn his way to the NCAA championships in his last season.

“We’re going to have guys go through, hopefully as many as we can,” Tanelli said. “But the season will continue after this weekend, I know that.”

The EIWA championships begin at 11 a.m. Saturday and continue into Sunday in Hempstead, NY.