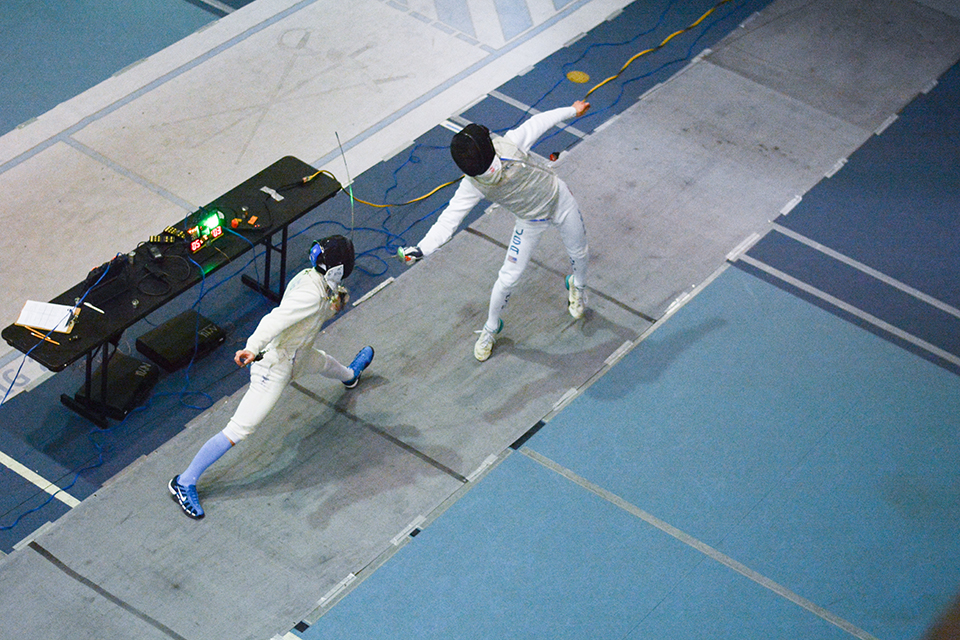 Fencing will seek its third NCAA Championship in four years this weekend in State College.

Fencing will journey to Penn State this weekend in a bid to win its third NCAA Championship title in four years in what is set to be the final event of the season.

At the NCAA Northeast Regionals, the Lions managed to qualify the maximum of 12 fencers for the Championships, with two men and two women competing in each of the three weapons.

“If you don’t qualify 12, you’re at a disadvantage, because every person fences 23 bouts. Notre Dame and Ohio also qualified 12, and they’re both strong fencing programs,” head coach Michael Aufrichtig said. “Ohio, Notre Dame, and Columbia, everyone is going for the title. I’m sure everyone believes that they can win the title, so it is definitely going to be a four-day battle.”

On the women’s side, sophomore Violet Michel and senior Lena Johnson will compete in sabre, junior Iman Blow and first-year Sylvie Binder in foil, and sophomore Giana Vierheller and senior Katie Angen in épée.

Meanwhile, the men’s event will start on Saturday, with the final bouts taking place the next day. There, Columbia will be represented by first-year Dawson Sieradzky and junior Calvin Liang in saber, sophomore Sam Moelis and first-year Sidarth Kumbla in foil, and seniors Gabe Canaux and Porter Hesslegrave in épée.

In addition to the team event, fencers have the opportunity to compete for individual titles in their weapons. After the completion of the round-robin, the top four finishers will compete in a direct elimination bracket of 15-touch bouts, as opposed to the college standard of five-touch bouts. Nonetheless, Aufrichtig maintained that the focus for this weekend will be on winning the championship together as a team.

“Our entire focus is on the team, and every bout that we win is for the team. If it happens, it happens,” Aufrichtig said. “But for the most part it’s just the same game plan as it has been all year, which is working with each other, one bout at a time and one touch at a time.”

Play at the NCAA Championships began at 9 a.m. on Thursday with the start of the women’s foil event.