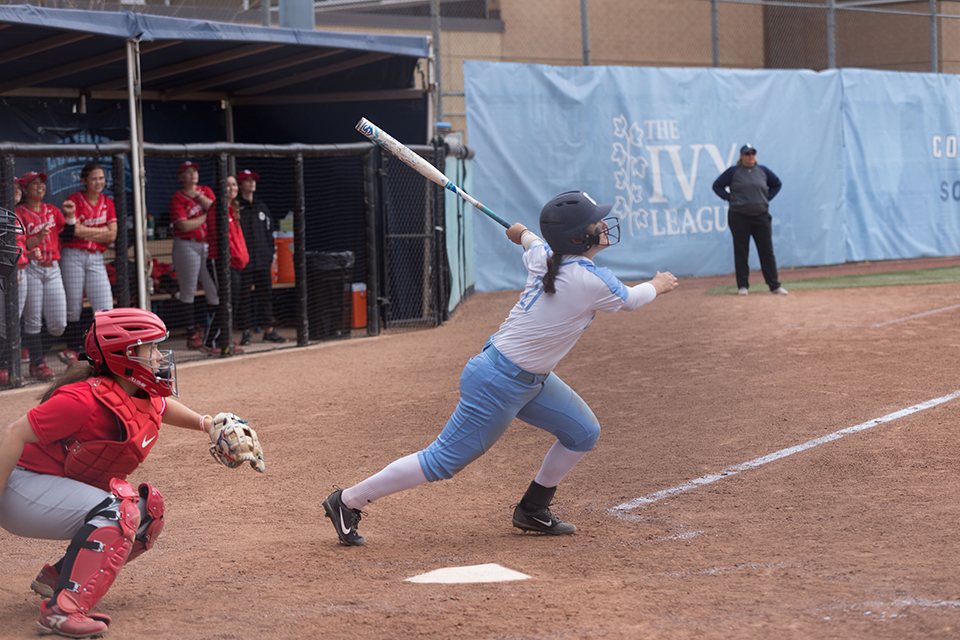 The Lions' usually explosive offense struggled this weekend, collecting only a total of 11 runs throughout the series.

Softball lost two of three at home against Harvard this weekend in the fourth weekend of Ivy play.

The Lions’ (13-16, 6-6 Ivy) pitching has fluctuated this year, but the team has been buoyed by an offense that has been dominant thus far. But this past weekend, they saw less success, scoring six, four, and one run in their three outings.

As the Lions’ potent offense has come down to earth, so has its record. The team sits at .500 in Ivy play after starting out 4-2 and has scored just 3.67 runs per game over its past six Ivy games compared to 6.67 over its first six Ivy games.

Sophomore Madison Canby pitched the whole first game for the Lions, giving up only three earned runs. She was credited with a loss because of two unearned runs stemming from an error in the seventh inning.

The second game was 1-1 after four innings before Columbia broke through with a five-run fifth inning. Sophomore pitcher Erin Gallo got the win, giving up one unearned run in five innings before senior Maura Lynch relieved her. Lynch pitched two scoreless innings of her own to seal the victory.

Gallo, Canby, and Lynch all pitched at least one inning, with Canby getting the loss for giving up the home run in the top of the sixth that gave Harvard a permanent lead.

Apart from the lackluster showing on offense, the Lions were also limited by their dismal fieldwork. The team committed eight errors across the three games and gave up at least one unearned run in each game.

While the Harvard series was disappointing, Columbia did notch an impressive 14-0 home win over Saint Peter’s in just five innings on Wednesday. Gallo threw a two-hit shutout, striking out five, while four lions hit home runs on offense. The dominant display likely lessens the sting of the losses to Harvard.

Looking ahead, Columbia will host Manhattan at 4 p.m. Wednesday before traveling to Brown for another three-game series this weekend.