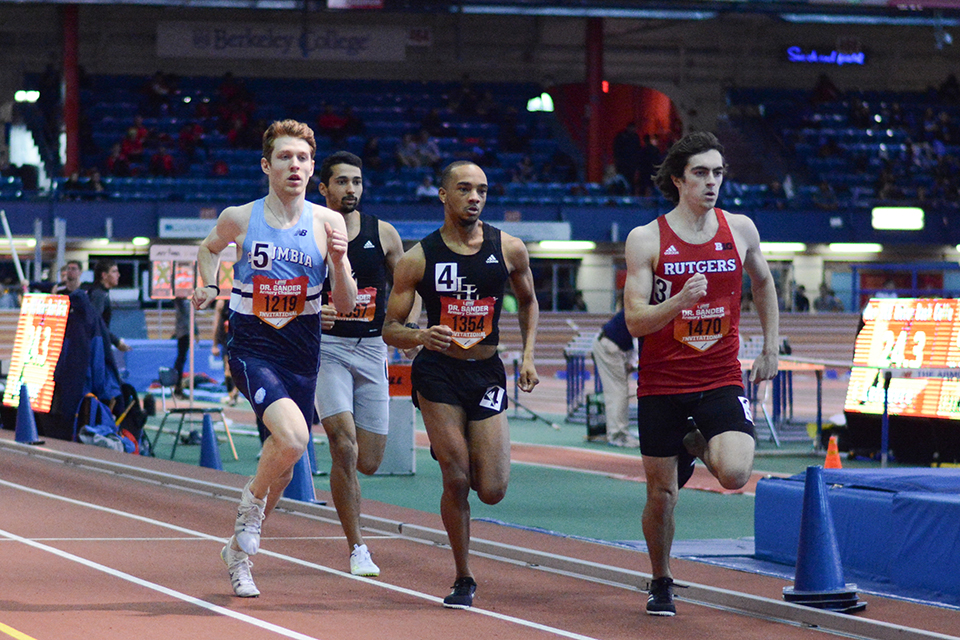 Track and field will travel to Ocean State Invitational and Metropolitan Championships, looking to improve its underwhelming season thus far.

Track and field will send its distance runners to the Ocean State Invitational in Providence this weekend. The rest of the Light Blue’s athletes will compete at the Metropolitan Championships in East Brunswick.

Heading into these two meets, the Lions are seeking to build on their success this past weekend, when the program’s jumpers competed at the Sam Howell Invitational in Princeton and the younger athletes competed in the Colonial Relays at William & Mary.

At Princeton, the jumpers were challenged by windy and rainy conditions that shortened the meet to only one day of competition. Despite the conditions, first-year Grace Campbell finished third in the high jump at 1.62 meters and sophomore Maryam Hassan placed fourth in the long jump at 5.4 meters.

At the Colonial Relays, the women’s side placed eighth.. Senior Erin Melly competed in her first 3,000-meter steeplechase of the season and posted a second place finish with her time of 10:40.28. Senior Bianca Joseph impressed in the 100-meter hurdles with her time of 14.08, which sufficed to earn her fifth place.

The men’s side landed in 13th place overall. First-year Jack Pihlkar came in third in the hammer throw with his distance of 54.74 meters—also the sixth-best hammer throw in school history. The men scored a victory in the distance medley relay on the back of first-year Solomon Fountain, who also raced in the men’s 1500-meter run and finished in14th place with a time of 3:50.68.

Head coach Dan Ireland views this past weekend as a success, claiming that it provided the younger athletes with an opportunity to participate against solid competition and better prepare for future contests.

“The experience was what we were looking for,” Ireland said. “Traveling, getting some younger kids into two-day meets, getting them off campus, and seeing how they handle that type of stuff to prepare.”

With the postseason less than a month away, the Lions remain focused on registering their best times at the Ocean State Invitational and the Metropolitan Championships. Coach Ireland notes that the upcoming weekends will be especially important in the team’s effort to meet entry standards for subsequent meets.

“Depending on how kids do this weekend, it opens or closes doors,” Ireland said. “It’s still about chasing times and competing. The next two weeks are really important as far as getting good marks so that we can get into the meets we need to.”

The Lions’ distance runners will participate in the The Ocean State Invitational in Providence on Friday. Meanwhile, the rest of the team will head to the Metropolitan Championships in East Brunswick, where competition will take place on Friday and Saturday.