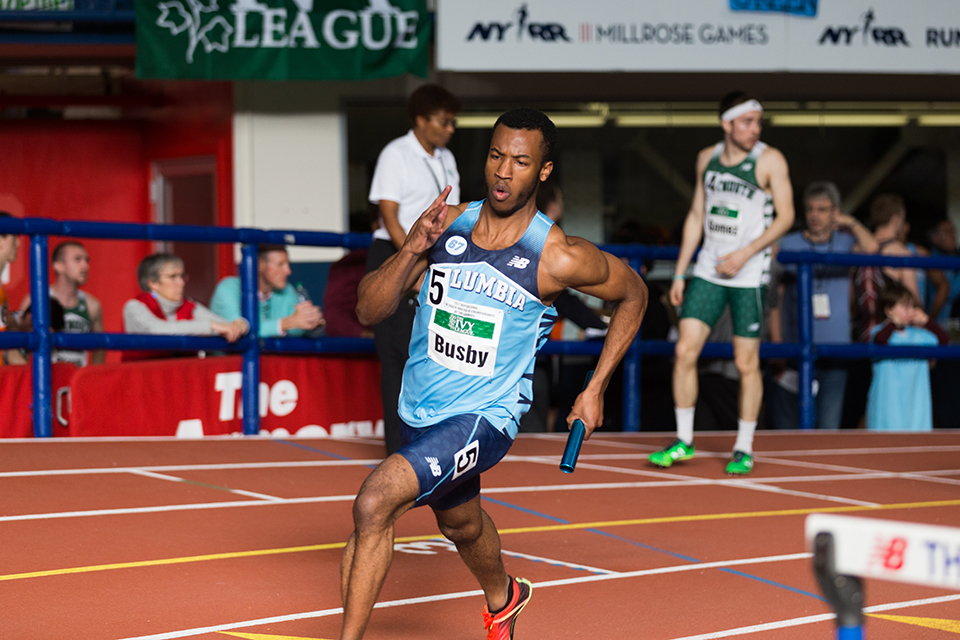 Track and Field will look to build on strong results last weekend at the Metropolitan Championships and the Ocean State invitational this weekend as it travels to Charlottesville and Princeton.

Outdoor track and field will send its athletes to compete at the Virginia Challenge and the Larry Ellis Invitational following outstanding performances this past weekend at the Metropolitan Championships and the Ocean State Invitational, where the Light Blue claimed victory in nine events.

At the Metropolitan Championships, both the men and women’s teams took fifth place for the Light Blue, registering 172 points each on the day. Sophomore Maryam Hassan accounted for 20 of those points, taking the crown in both the women’s long jump and triple jump. She recorded a long jump of 6.02 meters and a triple jump of 12.26 meters. The Lions stole the show in the women’s 100 meter hurdles, taking the top three places. Senior Bianca Joseph led the way with her time of 14:08.

At the Ocean State Invitational in Providence, junior Sam Ritz impressed in the men’s one mile run, logging a time of 4:03.45 and taking first place. On the women’s side, senior Nell Crosby secured a victory in the 3,000 meter steeplechase with her time of 10:14.10. Crosby, a former All-American who holds Columbia’s current steeplechase record with her time of 10:02.02, will have another opportunity to chase her personal best this weekend at the Virginia Challenge.

Head coach Dan Ireland remained optimistic that this weekend’s past success will motivate the Lions to do well in their upcoming meets. He also expects that the Virginia Challenge and Larry Ellis Invitational will expose them to the warmer weather that will become the norm for postseason competition.

“We’re basically looking to continue our trend, just getting better and seeing how the kids react to being in some warm weather,” Ireland said.

As the postseason is only two weeks away, Ireland expressed that the program’s emphasis transitions away from simply training and development. He hopes to see his athletes now chasing personal and school records, especially with the goal of qualifying for NCAA Regional Championships in late May.

“Up until now, it’s been just ‘compete hard, train hard.’ We were trying to get fitter, faster, and stronger,” Ireland said. “Their training has finally put them in a place where they can actually go out and go after times. The idea is to come out of this weekend and find out exactly where we are. We want to compete up to our fitness level.”

The Light Blue’s top athletes will take on the field at the Virginia Challenge, a large-scale event that traditionally attracts powerhouse programs from across the country, in Charlottesville on Friday and Saturday. Meanwhile, the rest of the Lions’ competitors will participate at the Larry Ellis Invitational in Princeton this weekend.