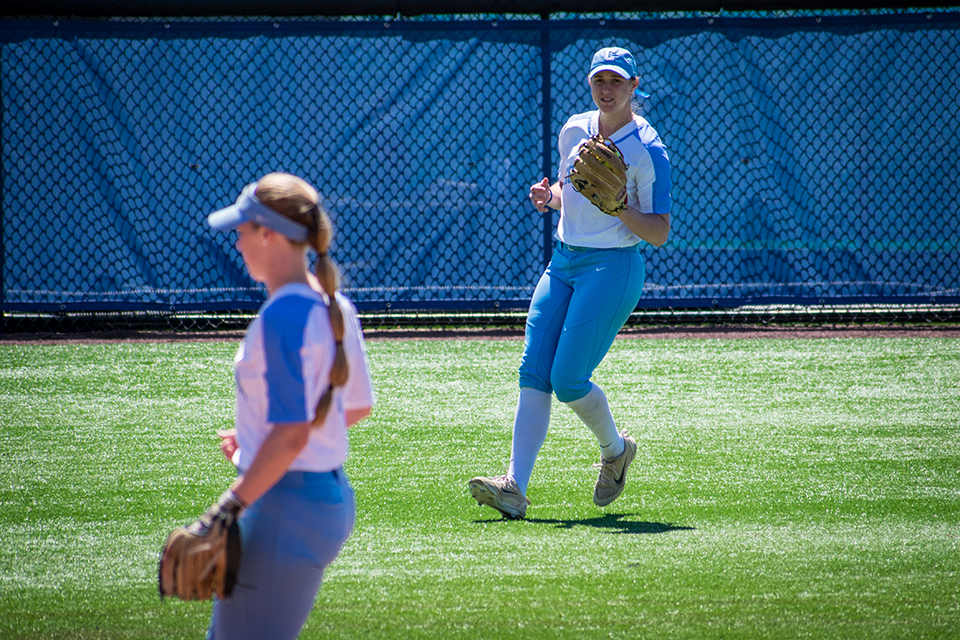 Softball currently sits in third place in the Ivy League with its Ivy title hopes hanging in the balance against Cornell this weekend.

Columbia (19-18, 11-7 Ivy) beat back-to-back defending champion Princeton (9-24, 7-8 Ivy) 9-1 in six innings and 9-0 in five innings Saturday, before losing momentum on Senior Day Sunday and falling 9-0 in five innings in their most lopsided loss of the season.

The Light Blue will travel to Ithaca this weekend to face Cornell (12-20, 7-8 Ivy) in its last regular season Ancient Eight series with a spot in the Ivy League championship still within reach.

Canby started the first game and pitched all six innings, allowing just one run on four hits and no walks. Gallo matched her in the second game, pitching all five innings and shutting out the Tigers on three hits and one walk while striking out four.

Coming into this weekend’s series, the Big Red has lost six of its past seven games. The team has scored just 3.73 runs per game in Ancient Eight play compared to the 5.67 it has given up. It should be a welcome series for red-hot Columbia, which needs all the help it can get to reach the Ivy League championship.

The Lions, at 11-7, sit two games behind No. 1 Harvard (20-14, 13-5 Ivy) and one-and-a-half games behind No. 2 Dartmouth (16-16, 10-5 Ivy). Harvard and Columbia both have three Ivy games remaining while Dartmouth has six, but both Harvard and Dartmouth won their series against the Lions and therefore have a standings tiebreaker over the Light Blue.

Columbia will need to finish with a better record than one of the two teams ahead of it to earn a spot in the championship. No. 4 Penn (14-20, 9-9 Ivy) still has a mathematical chance at the championship, but would need to both win out and see an enormous collapse from either Columbia or Dartmouth down the stretch.