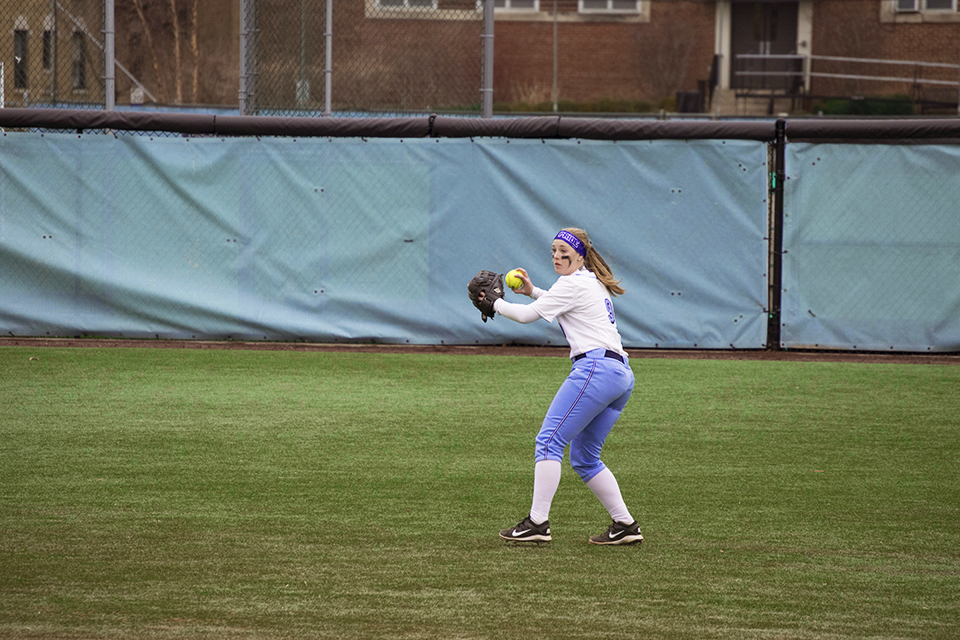 Senior Taylor Troutt will depart Columbia as the first player in program history to ever earn Ivy League Player of the Year honors after her tremendous season for softball.

An injury-plagued junior year had cast some doubt on senior second baseman Taylor Troutt. She missed a quarter of last season with nagging injuries and hit just .223 with almost as many strikeouts as hits. But after a dominant senior season in which she hit more like Mike Trout, no questions remain about one of the truly great hitters in Columbia history.

She hit .455 with nine home runs overall, leading or tying for the Ancient Eight lead in average, home runs, runs batted in, hits, doubles, slugging percentage, and on-base percentage and finishing third in runs scored. During the 21 games of conference play, she hit an absurd .500 and placed top-four in the league in all the same categories. Her batting average ranked seventh in Ivy League history and is currently eighth-best on the year in the NCAA.

Head coach Jennifer Teague noted that she saw a hot streak coming for Troutt after an injury-shortened season last year but that her current level of play has surpassed all expectations.

“Her approach is just that she’s going up there with a ‘yes’ mentality instead of just trying to guess a pitch,” Teague said. “She wants to hit, and I think a lot of times hitters get into that lull of ‘what are they going to throw me’ instead of just seeing the ball and hitting the ball. Would I have said she’d be hitting over .400 this year? No. I think she’s having an exceptional year. Her heart is: I want to do everything to benefit this team. That mentality has really helped her this year.”

Last year’s ankle injury against Fairfield clearly took a toll on Troutt. She hit just .241 as a first-year but took an enormous leap as a sophomore and hit .360 with 10 home runs in the 2016 season. She went into last season expecting another leap but left disappointed—an early season slump bled into a mid-season injury that she never got over, and she finished with a paltry .223 average and a slugging percentage under .400 with an on-base percentage under .300.

Troutt, however, added that she has always had this spectacular season in her—it just took the right situation to bring it out. Her sophomore season was just a taste, and her talent was fully realized as a senior.

“For me, it being my senior year, I was just ready to leave it all out on the table,” Troutt said. “I wasn’t going to go into the season putting pressure on myself, but I have expectations for myself—I knew it was my last year and I wanted to go all out in every single area of the game.”

Troutt noted that the depth of the team around her helped her approach immensely.

The League City, Texas, native boasted a top-25 slugging percentage in the NCAA along with top-15 marks in Ivy League history in both slugging and on-base percentage. She also ended her season with 15 multi-hit and 10-multi-RBI games and put together an on-base streak of 24 consecutive games from March 11 to April 21. She finished her career as an all-time Lion No. 2 in total bases (265), home runs (24), and RBIs (99) and the No. 4 in home runs (24).

Gott, who will graduate with program records in home runs (30), doubles, (42), total bases (333), RBIs (120) and runs scored (96), roomed with Troutt as a first-year. As someone who witnessed Troutt’s development first-hand, Gott emphasized just how much work went into the transformation.

“I just love the fact that we’ve been able to be on the same team all four seasons,” Gott said. “Her season this year, she’s just been on a hot streak at the plate and I think it shows how much hard work she’s put in and the fact that it’s and she’s going out like this is even better.”

Troutt will graduate one of the best players in program history and, crucially, a leader on the best Lions team to date. Columbia will not soon forget the year Taylor Troutt dominated the Ivy League from start to finish.