After losing star seniors, how does men’s soccer compare to the rest of the Ivy League?

After losing star seniors, how does men’s soccer compare to the rest of the Ivy League? 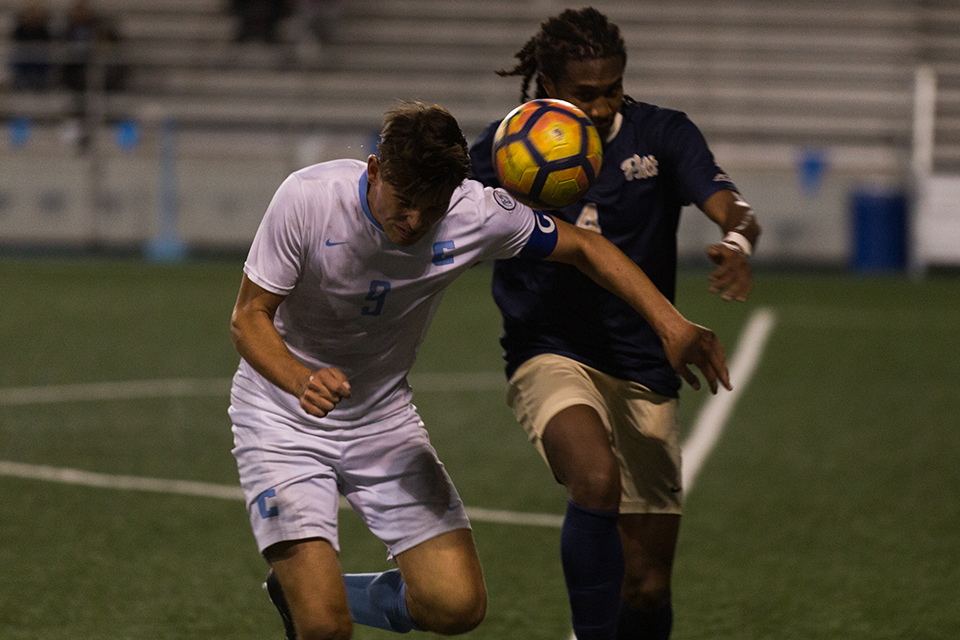 Arthur Bosua, CC '18, scored or assisted on more than half of Columbia's goals last season.

NEW YORK — Last season, men’s soccer’s star striker Arthur Bosua, CC ’18 and two-time Ivy League Offensive Player of the Year, contributed to 17 of his team’s 31 goals. This year, the Lions will have to fare without him, but his loss, especially considering the enduring strength of Ivy League opponents, will be felt more than most.

A main concern for the Lions heading into the 2018 season is their goal-scoring potential . In 2017, just over half—52 percent—of Columbia’s goals were scored by seniors, so in that regard, the Light Blue ranked behind only Penn, whose seniors scored 56%.

Penn, however, finished last year’s Ivy season in sixth place, and, debuting a new head coach this year, the Quakers are not favorites for the top half of the table. On the other hand, teams like Yale, which finished 2017 in third place and with no goals from seniors, could threaten Columbia this fall.

Considering both goals and assists, the issue becomes slightly more manageable for the Lions’ newest lineup. Columbia’s 2017 seniors were “involved”—assisting or scoring a goal—in 35 percent of its goals last year, generating fewer assists for the Lions than each of the other classes.

35 percent may be a more manageable hole to fill than 52 percent of goals scored, but only Brown and Penn lost more goal contributors.

Goal-scoring, however, is not the only relevant factor to consider for this fall. Last season, Columbia’s success relied heavily on its league-leading defense. The Lions conceded eight goals in all competitions last year, and only two of those were during Ivy play (Columbia lost 1-2 to Dartmouth).

Quantifying the loss of defenders is more difficult, but we can, to an extent, , gauge how detrimental graduations are likely to be to a team’s overall prospects by examining how often seniors started on a team.

For example, last fall, seniors comprised 23 percent of Columbia’s “starts,” of which there were 11. Looking at this metric, Columbia does slightly better than the average Ivy League team, which saw about 28 percent of its starting spots filled by seniors last year.

This suggests that while Columbia may have some star players to make up for, mainly Bosua and defender Alex Bangerl, CC ’18, it will also have veteran players that can potentially fill in those roles.

As it looks for that next round of superstars, Columbia will also have to face the fact that just three of its conference games will be played at home this year; in the Ivy League, teams alternate playing three and four home games each year. While this does not seal the Lions’ fate by any means, the extra time on the road and slight loss of home court advantage is noteworthy. 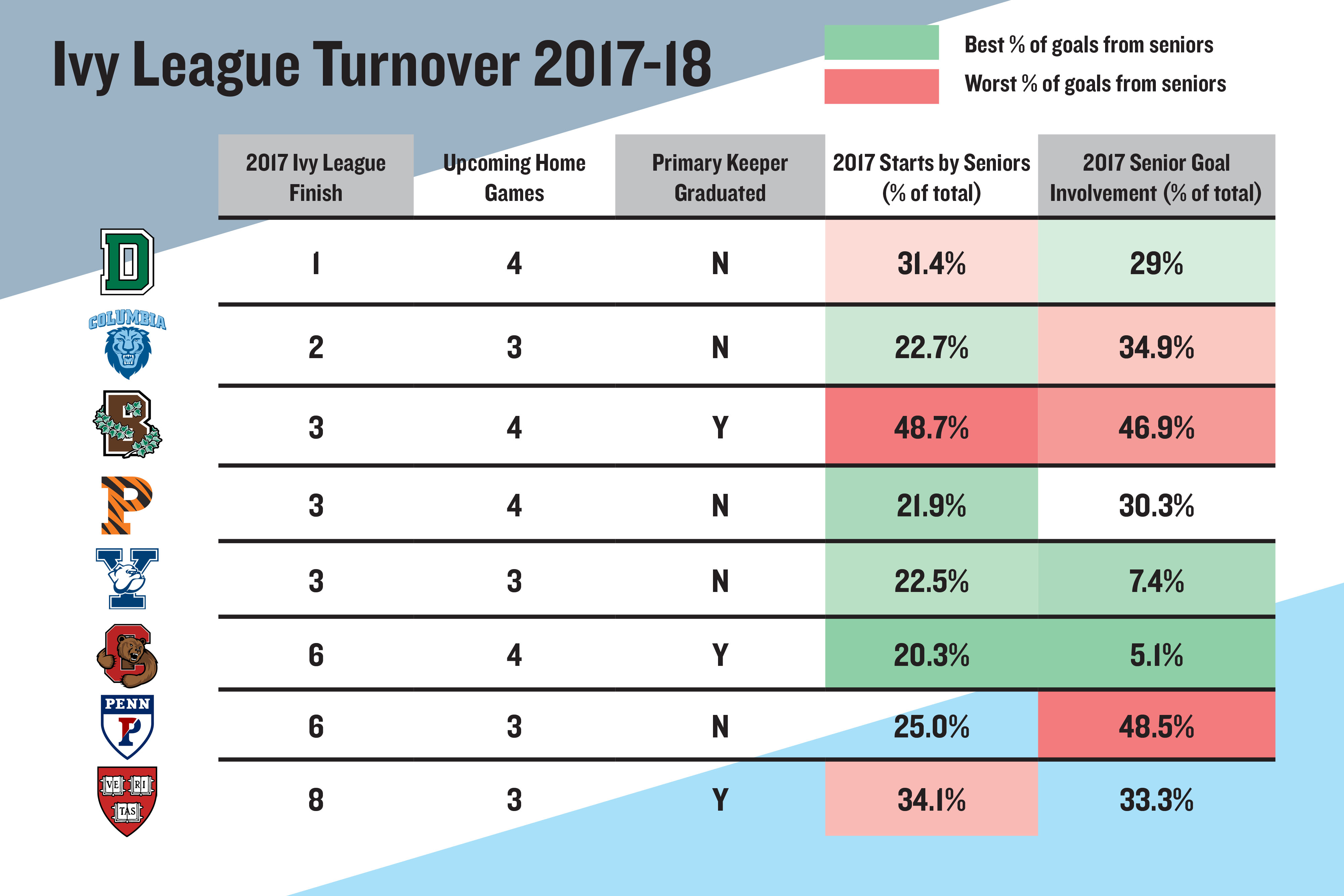 Looking at Columbia’s competition, Dartmouth will benefit this season from the biannual advantage of playing four conference games at home. Like Columbia, the Big Green will also be fielding its starting goalkeeper from last season. Dartmouth’s side may need to reorganize under a new head coach, but most factors point to a Big Green reprisal of last year’s championship.

Furthermore, Princeton and Yale could give the Lions trouble. Both teams, alongside Brown, were involved in last year’s three-way tie for third place in the conference, never relying too heavily on their seniors in the process. In addition, both sides are keeping their starting goalkeeper and head coaches from last year, while Princeton also stands to gain from a fourth conference home game of its own.

Despite potentially strong seasons from Princeton and Yale, the preseason media poll still rates Columbia highly—giving the Lions five out of 16 first-place votes and just a few overall votes shy of Dartmouth, which received the other 11 first-place votes.

Looking at each team’s 2017 dependence on seniors, of course, only tells one side of the story, as each Ivy side will have a new class of first-years that will debut this coming season. Rookies and veterans alike could step up and one or two new stars on a team could decide the 2018 Ivy League Championship.