Football looks to end losing streak with a victory against Yale

Football looks to end losing streak with a victory against Yale 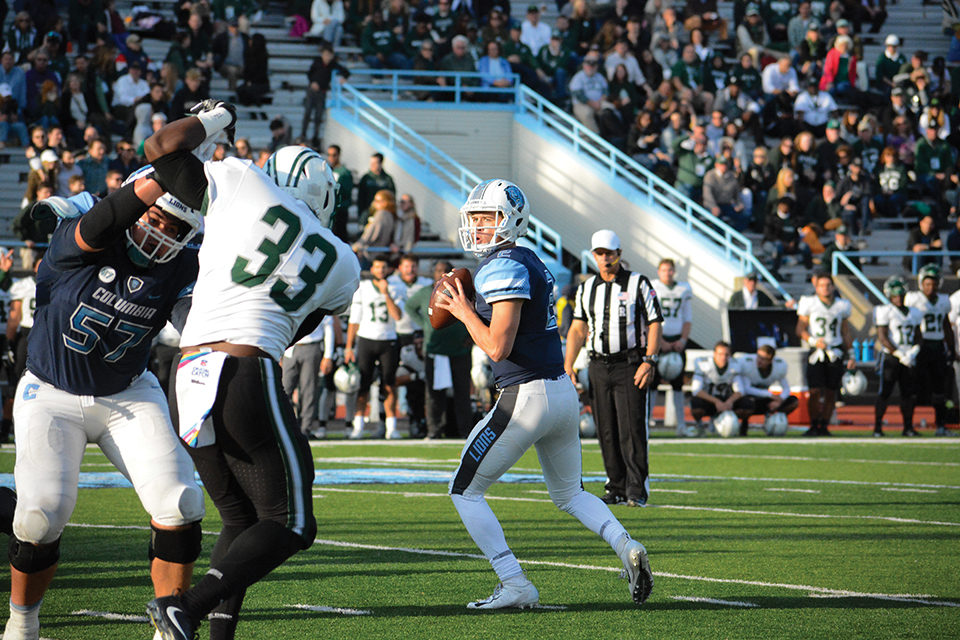 The Lions (3-3, 0-3 Ivy) come into Saturday’s game on the back of a 28-12 loss to Dartmouth in their Homecoming game and winless in their first three Ancient Eight bouts for the first time since 2015.

In last year’s contest, the Bulldogs came out on top 23-6, ending Columbia’s six-game winning streak and its undefeated start to the season. Running back Zane Dudek ran all over the Light Blue defense for 173 yards en route to one of only two losses of the season.

The Yale game ended up spoiling the Lions’ hope of a perfect season, as it triggered another loss the following week, this time at home to Harvard.

Marred by a cavalcade of injuries, the Light Blue has not played a full game yet this year with just one signal-caller.

The injured Lion quarterbacks include sophomore Josh Bean, backup Dillon Davis, and third-string Ty Lenhart, leaving the duties under center for senior Ryan Suitt, who had not completed a pass in his career preceding last week’s emergency performance.

Beyond quarterback, the Lions have chronically suffered injuries throughout their ranks on both sides of the ball. With junior wide receiver Josh Wainwright and sophomore middle linebacker Justin Woodley already ruled out for the season, both sides of the ball lack leadership as well as experience.

One of the biggest losses in last week’s game is first-year running back Dante Miller, who appeared primed to take the lion’s share of carries in the coming weeks before getting sidelined with a left leg injury.

Miller has been putting together a decent season on the ground, with 61 carries for 317 yards, leading the team in both categories. He also ranks seventh in the Ivy League in rushing yards. Miller’s 83-yard touchdown run against Central Connecticut State remains the longest Light Blue play from scrimmage this season. The ground game will certainly be dominated by junior running back Lynnard Rose and first-year running back Ryan Young.

Defensively, the Lions have been unremarkable across the board, ranking in the bottom half of the Ivy League in both run and pass defense. Senior safety Ryan Gilbert remains a consistent tackler, ranking second in the Ivy League with 57, having led the team last year as well. Junior defensive end Daniel DeLorenzi, who ranks second in the league with 4.0 sacks, leads the struggling Columbia defensive line. The Lions will have to get pressure early on Saturday to stop a potent offensive force in Yale, which leads the Ancient Eight in passing offense.

On special teams, even without First Team All-Ivy junior kicker Oren Milstein, the Lions have still excelled behind the foot of senior kicker Chris Alleyne. Alleyne has made 11 of 12 field goals this season, leading the Ivy League in conversion rate.

Kickoff is slated for 1 p.m. at Robert K. Kraft Field at Lawrence A. Wien Stadium.