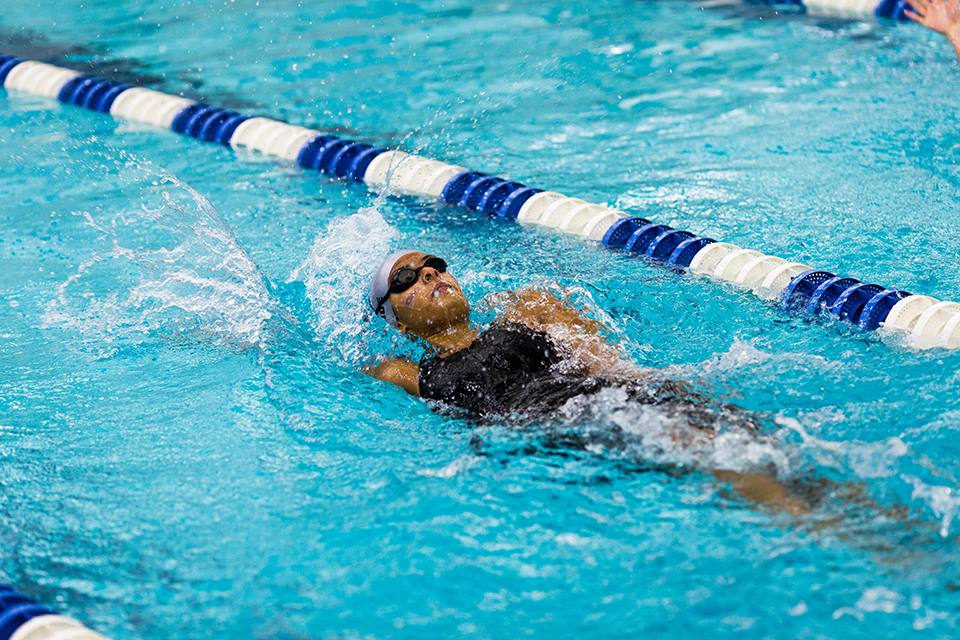 Men’s and women’s swimming and diving both fell to Yale this weekend, leaving the women in third place and the men in last place in the Ivy League.

Men’s and women’s swimming and diving both fell to Yale this past weekend in their second meet of the Ivy League season.

The women’s team entered the meet after winning its Ivy League opener against Penn 171-129. This marked Columbia’s first victory against the Quakers since 2013.

The Lions picked up a second win the following day against Northeastern at home. The meet was close, with the Lions trailing the Huskies into the two final events. Columbia, however, edged out Northeastern and picked up a 156-144 victory.

Yale took first place in every swimming event of the meet and finished one-two, if not one-two-three, in nearly every single event. Nevertheless, Columbia delivered a few key performances, namely in the 100-yard breaststroke, where junior Helen Wojdylo and senior Jessica Antiles took second and third place, respectively.

In addition to coming in first in the three-meter dive and defeating reigning Ivy champion, Yale diver Nikki Watters, Rosendahl earned NCAA qualifying scores in both the 3-meter and 1-meter dives.

Rosendahl’s success against Yale came on the heels of a dominant diving performance from the first-year in the team’s season-opener against Penn, in which Rosendahl won both the 1- and 3-meter dive.

The meet ended with Yale swimming the final two events as exhibition swims, meaning swimmers competed for time only, not picking up any points despite recording the fastest times in the events.

As it had for the women, diving proved a strong point for the male Lions. Sophomore diver Jonathan Suckow won both the 1-meter and 3-meter diving events, with scores of 388.42 and 404.10, respectively.

Like Rosendahl, Suckow was also coming off a successful previous weekend of diving, having broken the pool records for both the one and three-meter dives in Philadelphia against Penn.

Senior swimmer Brian Tsau also recorded an individual win in the 500-yard freestyle, edging out Yale’s Liam Bogart by less than a second with a time of 4:34:41. Earlier in the meet, Tsau clocked a second place finish in the 1000-yard freestyle.

Despite the closer loss to Yale, men’s swimming and diving has had a decidedly more difficult start to their season compared to the women. While the team was able to beat Army in a non-conference matchup 160-140, Columbia lost to Penn in its Ivy season-opener 128-172.

Both men’s and women’s swimming and diving will have their third Ivy League meet of the season next week against Harvard.