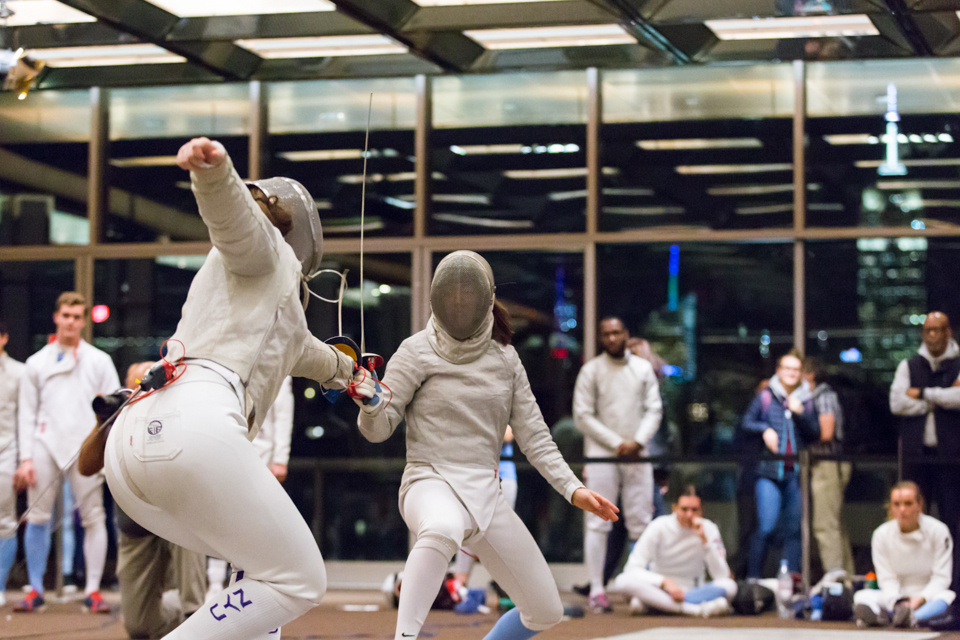 Fencing continued its dominant start to the season with victories over NYU for the men's and women's teams.

After beginning the season with an 11-medal sweep at the Temple Open, fencing continued its dominant start to the season on Tuesday, besting local foes NYU in their first duel meet of the season.

Despite their reduced numbers, the Lions won against NYU with both the women’s and men’s squads. On the men’s side, the Lions defeated NYU 18-9, with a clean sweep by men’s épée who won all nine bouts, and a similarly strong performance by foil, who won by seven bouts to two. NYU’s only victory in any weapon came in sabre, which they edged by winning five bouts to four.

Meanwhile, the women’s squad recorded victories in all three weapons, with the team winning by eight bouts to one in sabre, and five bouts to four in both épée and foil, in spite of the fact that they were missing two key fencers throughout the whole event.

“It was on a Tuesday night, and many of our fencers had classes, so because we travel and do so many things, we allowed our fencers to go to class,” head coach Michael Aufrichtig said. “So we had a very small team that we brought and even with the women we only brought two foil and two épée [fencers], and NYU started off 6-0 because we had to forfeit those matches.”

On Friday, the Lions will compete in their first home event of the season, the Columbia Invitational. This year, Columbia will host three other schools: NJIT, Stevens, and John Hopkins.

Although the Lions will be missing a few key fencers on Friday, Aufrichtig maintains that the squad has been sticking to a “next man, next woman up” mantra, with every member of the team ready to compete.

“This weekend there will be a men’s and women’s Junior World Cup so some of our top first-years will not be there in men’s and women’s épée. But in all other weapons, we’ll have a full squad,” Aufrichtig said. “We will have some of our upperclassmen and two other freshmen, so we’ll just be missing a couple of key players, but our squad is so deep that I’m not concerned.”

The Columbia Invitational will take place on Friday in the University Blue Gym and Fencing Room, with fencers taking to the strip at 5 p.m.