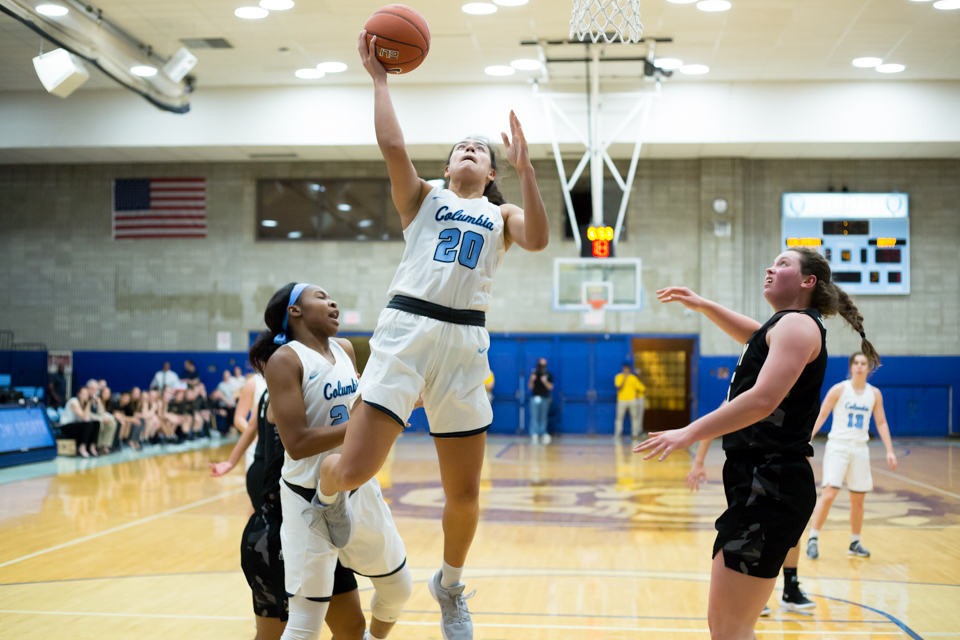 Women’s basketball forced an overtime period against St. Joseph’s on Thursday night but finished down 68-61 before adding a second road loss to Boston College on Sunday, 74-60.

Against St. Joseph’s (3-5) on Sunday, Columbia (2-6) went into overtime for the first time this season after close competition in regulation time.

In the first quarter, the Hawks held the lead for the majority of the first period but couldn’t push that lead beyond three points. The Light Blue, despite being behind for the first nine minutes of the period, ended the quarter ahead, 18-16.

During the second quarter, the lead changed four times within the first four minutes. Halfway through the quarter, however, Columbia gained and held the lead, going into halftime ahead by five points, 30-25.

After more competitive play through the third quarter, St. Joseph's seemed to start pulling ahead in the beginning of the final period. Halfway through the quarter, the Lions were losing to the Hawks by as much as seven points. Columbia, however, recovered in time for the buzzer when sophomore guard Riley Casey finished a reverse layup with 15 seconds left on the clock. The Hawks could not answer and the game went into overtime, 54-54.

St. Joseph’s dominated over Columbia in overtime, staying in the lead for all five minutes. Despite some strong individual performances, such as first-year forward Sienna Durr finishing the game with a double-double, scoring 15 points and 12 rebounds, Columbia could not come back and avoid the loss.

On Sunday, Columbia came to Boston College for its second away game of the weekend, this time in Chestnut Hill, Massachusetts. Durr tallied her second consecutive double-double, finishing the game with a season-high 23 points and 11 rebounds, and junior guard Janiya Clemmons made a significant contribution with 12 points and four rebounds, but the two could not save the Lions from their sixth consecutive loss.

Durr continued to drive the Lions in the first quarter, scoring the team’s first seven points. The Light Blue, who was down by as much as 10 points in the quarter, ended the first period behind 21-14.

Halfway through the second period, the Lions closed the gap to two points, needing only one basket to tie the game. Despite Columbia’s best efforts, Boston College stayed ahead, ending the quarter, 37-31.

The Eagles did not allow the Lions to get close again after halftime, and maintained a four-point lead or more throughout the third quarter. As the period went on, Columbia began to lose sight of the lead, ending the third quarter down by 14 points, 58-44.

The Light Blue did not fare better in the fourth quarter, during which it was down by as much as 20 points. By the end of the quarter, Columbia somewhat closed the gap back to 14 points, losing the game 74-60.

Columbia will return to action as soon as 11 a.m. this Wednesday when it hosts Cal State Fullerton in Levien Gymnasium.