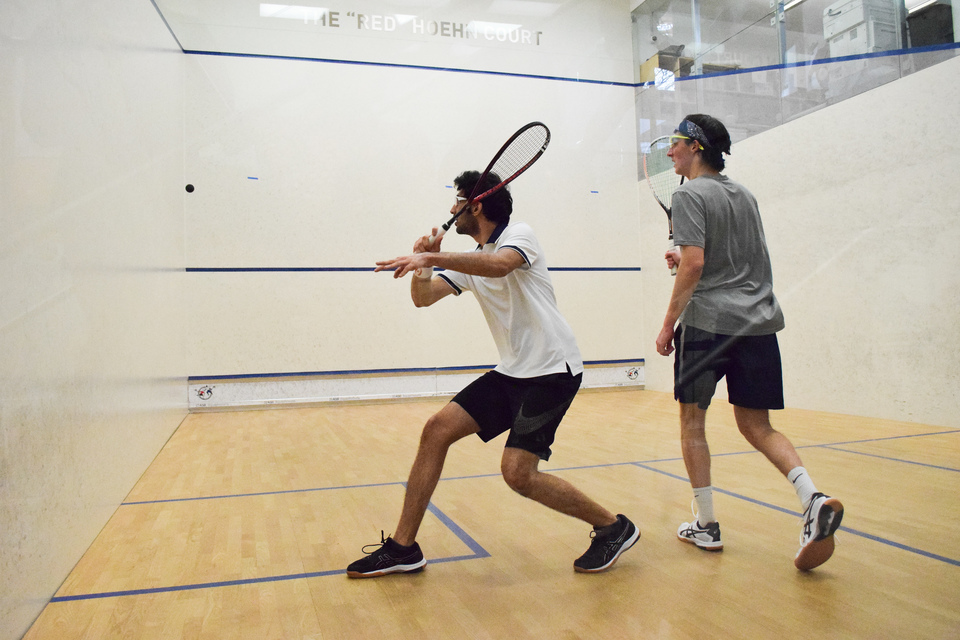 Women's and men's squash have each had a perfect start to the season and will have a break from official competition until January 8.

Women’s and men’s squash both opened their seasons with a win at Williams before coming home to defeat Virginia and Cornell, starting this year’s Ivy League season on a high note.

Coming off its first Ivy League title last season, the men’s side showed continued strength this weekend. The Lions (3-0, 1-0 Ivy), currently ranked third in the nation, took on Williams (3-3 NESCAC) on Friday and overcame the Ephs 8-1.

The Light Blue women (3-0, 1-0 Ivy) also proved dominant against Williams’ women’s side (4-4), winning 9-0. With set scores of 11-8, 11-8, and 11-6, senior Maddie O’Connor began the Lions’ sweep against Williams’ Julia Ward at the top of the ladder. In the second spot, sophomore Nicole Kendall also swiftly won her matchup against Sarah Willwerth. The other seven Lions also managed victories to round out a Light Blue win.

On Saturday, the men’s 9-0 victory over Virginia (5-4) continued their weekend success, dropping only three games across all nine spots. In the third position, first-year Callan Hall struggled in his third set but won the fourth 11-4 to secure his side another point.

In the ninth spot, senior Matthew Rebello dropped his third and fourth games, but managed to win the last one 11-7 to finish his individual match on top and keep his side from dropping a match at its home-opener.

The women found a tougher opponent in Virginia (6-3), but still secured a victory, winning 6-3. O’Connor and sophomore Habiba Mohamed both dropped their third games, but each managed to come back and secure a point towards the Lions’ win.

Sophomore Velavan Senthilkumar led Columbia’s men from the first position, swiftly defeating Cornell’s Andy Muran, 11-6, 11-6, 11-3. In the second position, first-year James Wyatt started his Ivy League career with a three-game win, just managing to round out the match with a 12-10 win in the third game. The Light Blue lost two points in the eighth and ninth positions but opened its Ivy season with a win, 7-2.

Women’s squash, which beat Cornell 7-2 at the end of last year’s season, also triumphed against the Big Red, this time winning 6-3.

In the third position, junior Jui Kalgutkar won in three games but not without pressure, as the first game finished 16-14 and the third game 12-10. Sisters Diana Masch, a senior, and Julia Masch, a sophomore, both struggled against Cornell, falling in the ninth and sixth positions respectively, but six team points were enough for the Lions to start their Ivy campaign for the year 1-0.

Both Columbia sides will be pleased with their perfect records so far and will use their breaks to rest and practice in hopes of pulling further ahead in January. The women and men will both return to action on January 8 against Trinity College in Hartford, Connecticut.