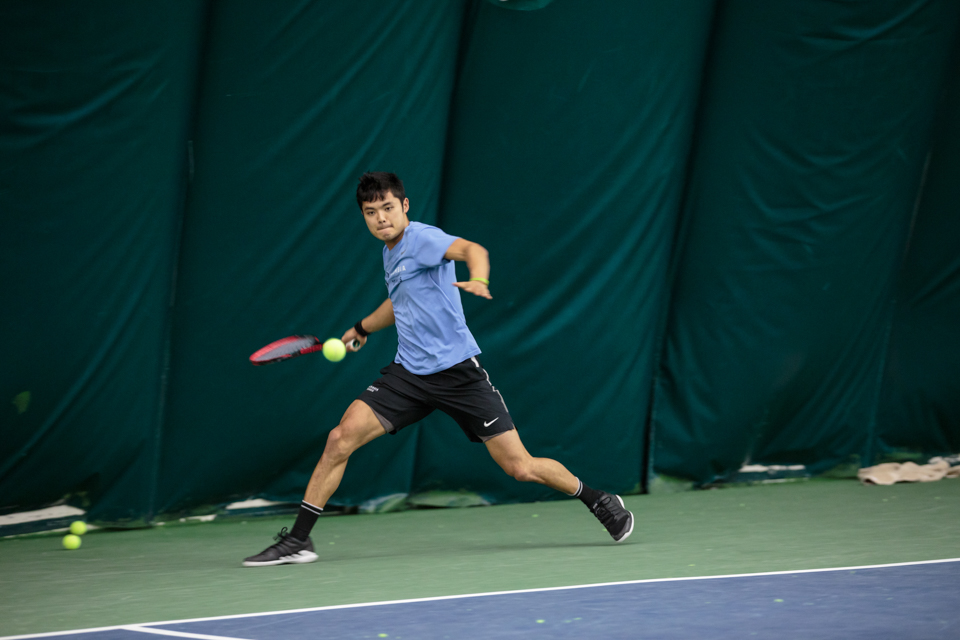 Men’s tennis is showing no sign of slowing down in its quest for a sixth consecutive Ancient Eight crown, cruising through non-Ivy competitors Southern Methodist University and Tulane in a doubleheader weekend at the Dick Savitt Tennis Center. These triumphs represent the fourth and fifth back-to-back wins for the Light Blue, coming off last weekend’s successful match against Northwestern.

The No. 9 Lions (8-1), took an early lead in doubles play, clinching matches on the first and third courts. The team of junior Jackie Tang and sophomore Jack Lin, ranked No. 12 in doubles, managed to cinch a win against the Mustangs’ Jan-Simon Vrbsky and Tomas Vaise in a tiebreaker, 7-6 (4). In third doubles, senior Victor Pham and sophomore Rian Pandole made quick work out of Avery Pennywell and Blaise Fagan 6-1. Senior Will Matheson and junior Adam Ambrozy were unable to find similar results, however, falling to Carles Sarrio and Huntley Allen 6-3.

In first singles, No. 65 Pham took two perfect sets against Carles Sarrio—ranked No. 50 by the ITA—6-0, 6-0. No. 74 Ambrozy struggled with his competitor, Roberto Rosales, but captured the win in a tiebreaker 6-1, 7-6 (4). Jackie Tang also fell into a tiebreaker with Tomas Vaise. Tang dropped the first set 6-2, but found his footing in sets two and three 7-6, 1-0. No. 89 Tang finished off Vaise in a final tiebreaker 10-6, tallying another point for the Lions.

Rian Pandole continued the team’s sweep of SMU in his defeat of Michael Smith 6-1, 6-1. In sixth singles senior Timothy Wang took his match 6-1, 6-0.

In Sunday’s match against Tulane, the Light Blue continued its winning streak, blanking the Green Wave 7-0—its second 7-0 sweep of the season.

On the doubles court, Lin and Tang managed a 6-2 win against Ewan Moore and Tyler Schick, giving Columbia the first point of the day. Pham and Pandole bested Akos Kotorman and Tim Ruetzel 6-3 in third doubles.

The Lions similarly did not falter in singles. Pham continued his winning streak in a 6-1, 6-0 match against Moore, while Lin also found better luck against Tulane, beating out Luis Erlenbusch in a 6-4, 6-4 win.

Sophomore Austen Huang struggled through his first match of the weekend, forcing the match into a 10-point superset. After dropping his first tiebreaker match, Huang hit his stride, clinching the match 6-7 (4), 6-2, 1-0 (6).

In two weeks’ time, the Lions will take their annual spring break trip to Texas. This year, the team will face off against UT Arlington, Texas Christian University, and UT Austin. In previous seasons, these matches have been instrumental in preparing the Light Blue for upcoming Ivy play needed to secure another league championship.

The first match of the team’s Texas trip will take place at UT Arlington on Monday, March 18, at 1 p.m.