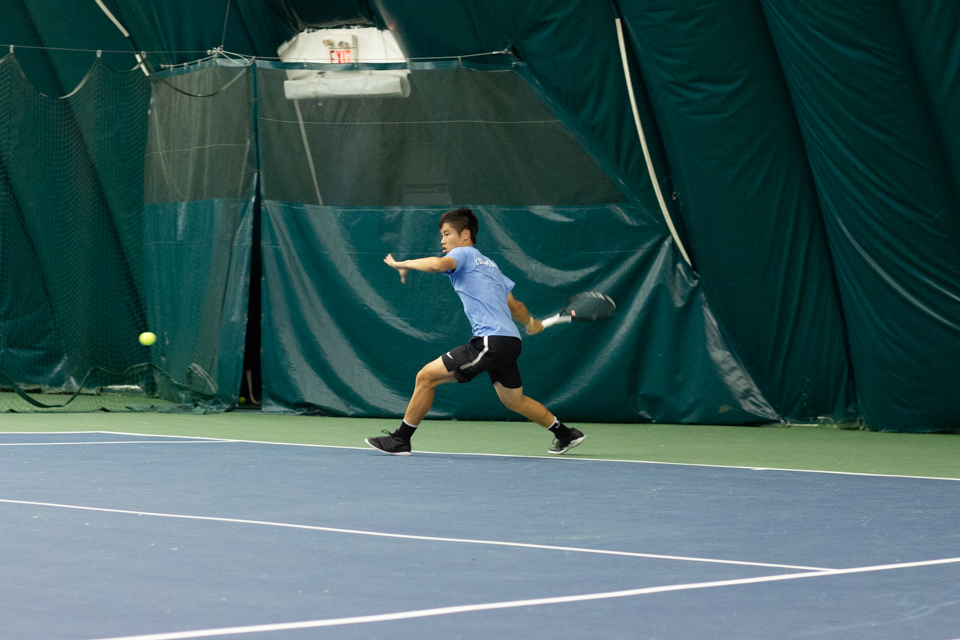 The Light Blue (17-3, 7-0 Ivy) has remained No. 16 in ITA rankings, allowing it to host the first and second round of the tournament—the second time in the program’s history.

Having just claimed their six consecutive Ancient Eight crown, and with a perfect record in Ivy play, the men’s tennis team is a success story that continues to impress.

Whether the Lions will be able to translate this success into a fruitful run in the NCAA Division I Championships will be determined this weekend at the Billie Jean King National Tennis Center.

The Light Blue (17-3, 7-0 Ivy) has remained No. 16 in ITA rankings, allowing it to host the first and second round of the tournament—the second time in the program’s history. It was imperative for the team to stay in the top 16, according to head coach Bid Goswami, so that the players would not have to travel during finals season.

“It’s not like we will be hosting at home. [The match] will be in Flushing. It’s more important for the boys with finals coming up that we don’t need to leave on Thursday to go to Texas or California,” Goswami said. “The guys are serious about their studies. We have the highest GPA out of all the 31 sports, and I hope we keep it that way.”

Columbia will face Bryant (20-10, 7-0 NEC) on Friday. A 4-0 win against Wagner for the NEC crown gave the team its sixth back-to-back conference title on April 20.

Despite the Bulldogs’ immense success, the Lions are also coming off eight straight wins, shutting out four of those opponents.

Going into the NCAA Championships, senior Victor Pham, ranked No. 37, claims the team wants to fight to make it to the end of the tournament.

“Although we won Ivies, we want to make a big impact on the NCAA level,” Pham said. “Hopefully we’ll go past the Sweet Sixteen limit the program has faced. It’ll be tough, but this is a fun part of the season. We have a chip off our shoulder winning Ivies; this’ll just be a bonus.”

Bryant and Columbia have not faced each other since a 2017 nonconference match that saw the Lions sweep the Bulldogs 7-0, though that was a different team under much different circumstances.

But the future looks bright for Columbia as Bryant is an unranked team with no ranked players. The Light Blue has not lost to an unranked opponent in the spring season.

The Lions are not one to give up easily—evident in its Ivy League championship match against Cornell last Saturday. In the final regular season match of Goswami’s career, five out of six Columbia players lost their first set in singles. But early setbacks did not stop the Light Blue, who eventually defeated the Big Red in a triumphant manner. Junior Adam Ambrozy, No. 122, clinched the match in a third set tie-breaker after overcoming a 5-2 deficit.

The fight displayed in the Cornell match is exactly what the Lions need this weekend. Goswami has often referred to this season’s team as “special,” and it will take a special team to go far in the postseason.

This weekend’s match will come down to whether the Lions can assert their dominance on the court as they have all season long; and if they can, then the team will look toward the hurdle they have failed to overcome in years past: getting past the Sweet 16.

The Lions will begin the NCAA championships on Friday, May 3 at the Billie Jean King National Tennis Center in Flushing. First serve will take place at 1 p.m.